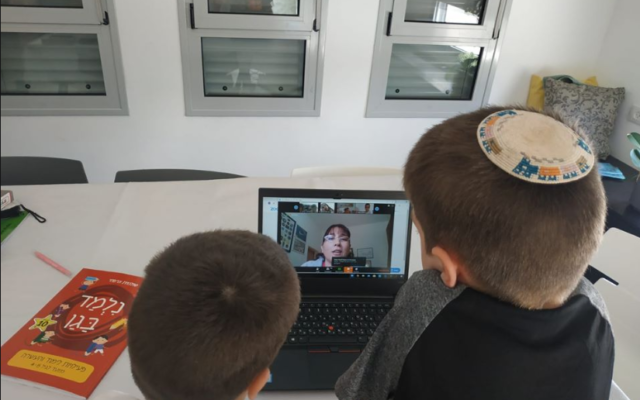 As Moses steps towards the threshold of the end of his life, he summons the children of Israel and blesses them; he gives the different tribes blessings in accordance with their unique role and character. Levi seems to get one of the most extensive ones:

“And of Levi he said: “Your Tummim and Urim belong to Your pious man, whom You tested at Massah and whom You tried at the waters of Meribah, who said of his father and his mother, ‘I do not see him’; neither did he recognize his brothers, nor did he know his children, for they observed Your word and kept Your covenant. They shall teach Your ordinances to Jacob, and Your Torah to Israel; they shall place incense before You, and burnt offerings upon Your altar. May the Lord bless his army and favorably accept the work of his hands; strike the loins of those who rise up against him and his enemies, so that they will not recover.” (Deuteronomy 33)

The Levites are blessed with leadership roles far above most of the other tribes. The tribe of Levi, charged with teaching Torah to Israel, serving in the Temple, and blessed with strength and resilience. This would be difficult to understand if we just saw the verses right here in the book of Deuteronomy; it gets even more complicated when looking and the blessings Jacob gave Levi right before Jacob passes away from this world. Jacob, still angry from the way Shimon and Levi saved their sister Deena by killing all the people of Shechem, says:

“Simeon and Levi are brothers; stolen instruments are their weapons. Let my soul not enter their counsel; my honor, you shall not join their assembly, for in their wrath they killed a man, and with their will they hamstrung a bull. Cursed be their wrath for it is mighty, and their anger because it is harsh. I will separate them throughout Jacob, and I will scatter them throughout Israel.” (Genesis 49)

What a difference. Levi goes from being the reprimanded son to being a high-priority son. He goes from being told by Jacob “Let my soul not enter their counsel; my honor, you shall not join their assembly” to being told by Moses “They shall teach Your ordinances to Jacob, and Your Torah to Israel; they shall place incense before You, and burnt offerings upon Your altar”. Why the transformation?

The Midrash (Sifrein, Bamidbar, 349) is troubled by this very question, and more:

“Why was this (blessing) said of him ( i.e. Levi, and not of Shimon)? Shimon and Levi drank of one cup, viz. (Bereshith 49:7) “Cursed be their wrath, for it is fierce, and their anger, for it is sore. I shall divide them in Jacob, and I shall scatter them in Israel.”?

The Midrash is troubled by the double standard; Shimon and Levi both killed out the city of Sh’chem, angering their father Jacob. Shimon receives no blessing here. Levi, is not only mentioned, but given an abundance of blessings. The Midrash answers using a story.

“This is analogous to (the situation of) two, who borrowed from the king. One paid him back, and borrowed from him again, and the other — not only did he not pay him back, but he borrowed again. Thus, Shimon and Levi: Both “borrowed” in Shechem, viz. (Bereshith 34:25) “And there took, two sons of Jacob, Shimon and Levi, each man his sword, and came upon the city (Shechem) secure, (in that the men were ailing from the circumcision), and they killed every male.”

Levi paid back what he borrowed in the desert (in the incident of the golden calf) viz. (Shemoth 32:26) “And Moses stood in the gate of the camp, and he said ‘Whoever is for the L-rd, (let him come) to me!’ And there gathered unto him all the sons of Levi, etc.” And he returned and “borrowed” from the L-rd in Shittim, viz. (Bamidbar 25:11) “Pinchas the son of Elazar the son of Aaron the Cohen turned My wrath away from the children of Israel when he raged My rage in their midst, and I did not consume the children of Israel in My wrath”

Whereas Shimon, not only did he not repay the loan, but he went and “borrowed” again, viz. (Ibid. 14) “And the name of the man of Israel…who was smitten together with the Midianite woman, was Zimri the son of Salu, chief of a father’s house in the house of Shimon.”

There is the difference.

This leaves us with a critical question.

Even if we accept that Levi has gone through a personal transformation, do we really want him to be the teacher of the Jewish people? Do we want someone who has shown himself to be as impetuous as Levi to be the one who instructs and inspires the children of Israel?

To best understand this, we must understand the role of teachers. 20th-century writer wrote once:” Achievers have an enabling attitude, realism, and a conviction that they themselves were the laboratory of innovation. Their ability to change themselves is central to their success. They have learned to conserve their energy by minimizing the time spent in regret or complaint. Every event is a lesson to them, every person a teacher.”

At the core of teaching is changing. The ability to continually reinvent one’s self is the heart and soul of what education is all about. No one has shown the ability to reinvent themselves as much as the tribe of Levi. The lesson of Moses’s blessing to Levi is a two-way lesson; we learn how the tribe of Levi got to reinvent its own legacy in a radical way. We also learn that teaching is inextractable from change. Change and teaching go hand in hand. Teaching is about inspiring change and leading student’s path to constant improvement and reinvention.

As we read the very last Parsha in the Torah, Vezot Ha’Bracha, let us remember what this is all about. Let us not forget that change and self-transformation are at the heart of education and that education is at the very heart of change and self-transformation. May we all be blessed with the ability to be amazing teachings, and amazing students. Every day. For ourselves, and for others.

Wishing all a happy Simchat Torah!