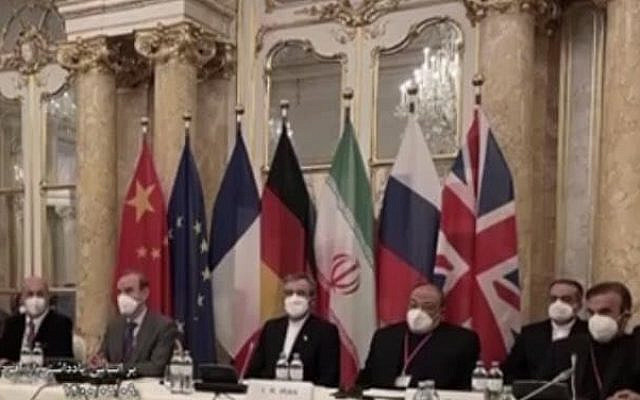 Experience demonstrates that the Islamic Republic of Iran is a system that has emerged from the politics of greed, as practiced by Western politicians, Russia, and China; A policy that seeks short-term profits amid chaos in the Middle East. Today, however, those same politicians and governments that have followed the politics of greed, have reached a catastrophic stalemate with the Islamic Republic of Iran and cannot fundamentally muster the will to end it.

This political greed is now at a crossroads, on the one hand, these global powers want to keep the mullahs in power by artificial respiration for their short term profits, and on the other hand,  they are looking for their individual long-term strategic interests, which are definitely in conflict with each other.

The obvious and tangible truth speaks for itself. With artificial respiration, the Islamic regime in Iran cannot be sustained as a reactionary revolutionary ideology because, in addition to lacking a popular base, it acts as a malignant, invasive-destructive cancer, and on the other hand achieving long-term interests will not be possible without considering the Iranian people as a going concern.

What is clear is that the regime in Iran is desperately seeking to build a nuclear weapon with which to destroy the state of Israel, and is therefore ready to turn Iran into a Middle Eastern North Korea.  In the process, the regime is willing to go so far as to force the Iranian people to eat grass like the North Korean people, in order to survive.

The circus of the latest round of nuclear talks in Vienna indicates that the talks are dead on arrival, even though the regime’s false propaganda apparatus attempts to spin the talks as fruitful and positive.  The reasons for this failure do not need to be clarified, as sitting across the negotiating table against a terrorist regime whose commitments are based on “fatwas” and without regard to human rights, is specifically designed to scatter dust in the eyes of the world.

Experts are well aware that the Vienna talks are nothing more than a Viennese waltz, and everyone knows that the Islamic Republic of Iran has already surrendered.  However, the globalist powers in the West are seeking a temporary and largely contentless deal to save face in the hopes of restraining their 43-year old puppet in the same way as the repurposed Taliban in Afghanistan.

Simultaneously with these events, Khamenei’s newspapers in Iran, with their Goebbels-like propaganda, advertise these nuclear talks for domestic consumption as the “end of all sanctions”, while simultaneously continuing to promise the destruction of Israel, which as always, of course, is the express wish of the Supreme Leader of this rogue regime.

The Islamic Republic of Iran can be easily and concisely analyzed in three pictures.  Images that are an undeniable fact in all media, but Joe Biden’s team, as represented by Robert Malley, ignores them, and is set on delivering a considerable financial windfall to the godfather of Islamic terrorism; A post previously held by Mohammad Javad Zarif, the foreign minister of the Islamic government.

The recent bloody crackdown on protests in Isfahan, Hamid Nouri’s trial in Stockholm, and the nuclear talks in Vienna are three images that clearly frame the mullahs’ regime’s true identity.  The European and American governments are completely silent about the repression of the Iranian people. The Media in these countries have ignored all the protests against the regime’s brutal inhumanity towards the Iranian people by enacting a complete blackout, but in flamboyant empty slogans, they have declared themselves champions of human rights, democracy, the environment and the climate crisis. Meanwhile, the Iranian people are being slaughtered in complete darkness.

Another important issue is that Joe Biden, after his scandalous departure from Afghanistan, constantly reiterates in his speeches that nation building is not our duty; In other words, we must tolerate the same terrorist-Islamic regime and its agents. It is not clear who made such a demand of the current US administration and left-wing politicians, but their actions show otherwise. Incidentally, the same people who claim that,  “nation building is not our role”,  are the same ones whose main role in supporting Islamists such as the Taliban, and especially their role in the Islamic Revolution in Iran, are extremely well documented!

The important point in this regard is that people in the streets of Iran have always raised their voices to Western governments in various ways, asking them to abandon this fascist Islamic system and supporting them instead of appeasing the mullahs.  More importantly, why have Western powers kept the terrorist and anti-human rights regime in power for forty-three years by every means possible, when this regime lacks any popular support and can only survive with the support of these governments?  Is there anything more catastrophic in this world?!

Is it true that a weak Iran is in the interest of governments who follow a policy of appeasement?  How beneficial can a weak Iran be to these governments’ own interests?  Wouldn’t a democratic and popular Iran benefit both the region and the Iranian people?  The formula for a free and democratic Iran will certainly prevent chaos and the growth of Islamism in the Middle East and for all intents and purposes end Islamist terrorism, while at the same time benefiting the West’s national security and economic interests, as history has shown that.

The repetition of this issue must always be etched in the mind; The only way out for peace in the Middle East and the world is to bring down the regime of this religious dictatorship and to live up to the wishes of the Iranian people. Otherwise, the creation of another North Korean