The Blogs
Maxim Reider
Apply for a Blog
Advertisement
Please note that the posts on The Blogs are contributed by third parties. The opinions, facts and any media content in them are presented solely by the authors, and neither The Times of Israel nor its partners assume any responsibility for them. Please contact us in case of abuse. In case of abuse,
Report this post.

Annette Celine, known to Israeli music lovers mostly as the founder and Artistic Director of Felicja Blumental International Music Festival has died Saturday, June 3rd , on her 78th birthday. Avigail Arnheim, the Executive Director of the Festival, a close associate and a friend of Annette Celine – and a dedicated classical music life organizer in her own right, posted the sad news on her Facebook page. 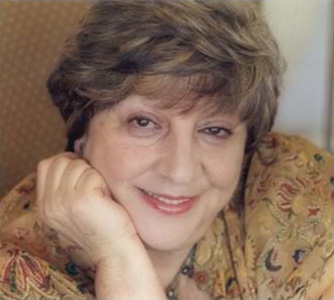 According to a popular belief, only pure souls are blessed to die on Shabbat and Annette positively was one of them.

“She lived for art.
She is in my heart,”

wrote Avigail Arnheim, and members of Israeli classical music community, both in Israel and abroad, were quick to respond:

“A woman who translated her love of music into a wonderful work.”

“She did so much for music and art, with great love and modesty.”

“She has donated to the library her mother’s (Felicia Blumenthal) collection of scores, which contains rare pearls, special concerti, rhythmic Brazilian compositions for piano and more.”

“A generous woman, who did her best to bring high culture to Israel, and for decades supported hundreds of Israeli musicians. Her absence will be felt.”

“Her contribution to the cultural and artistic life in Israel was enormous. May she be remembered.”

So who was Annette Celine?

A multifaceted artistic personality – a soprano singer, who sang fluently in eight languages, who performed on important stages worldwide and participated in festivals, who felt at home in both German lieder and Brazilian repertoire, from classics to folk song; a graphic designer; a painter, who presented her works in New York, Paris and Tel Aviv. A citizen of the world, ultimately dedicated to Israel.

Annette Celine was born into a family of a Polish/Brazilian pianist, Felicja Blumental, among the leading in her generation, who played with a rich and generous sound rarely heard nowadays, and a successful businessman, Jewish philanthropist and amateur painter Markus Mizne. As an artist and a personality, Annette was strongly influenced by them both.

Her parents managed to escape Poland before the Holocaust and their only daughter was born in Luxembourg. Eventually settling in Brazil, Felicja Blumental established a sound international career. She died in Israel in 1991, during a concert tour. Her artistic output has been preserved on the disks of Brana label, established by Annette Celine. Markus Mizne died in his home in New York. In their will, the couple left many assets – of which the most important was a collection of 68 artistic masterpieces from the first half of the 20th century, valued at hundreds of millions of dollars – to the Tel Aviv Museum of Art.

Educated in Brazil, US and Europe, Annette Celine spent her last years in Tel Aviv. To commemorate her mother, she in 1999 founded the annual Felicja Blumental International Music Festival in Tel Aviv.

The Felicja Blumental Music Center in the heart of old Tel Aviv, with its rich library and intimate concert hall, is just another contribution to local music life, made by Mizne-Blumntal family.

“As long as music, played in the memory of my mother, sounds, she will be remembered,”Celine once said, looking sadly with her big Jewish eyes.

And so will Annette be remembered.