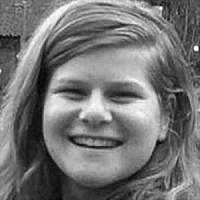 The Blogs
Ronit Sholkoff
Apply for a Blog
Advertisement
Please note that the posts on The Blogs are contributed by third parties. The opinions, facts and any media content in them are presented solely by the authors, and neither The Times of Israel nor its partners assume any responsibility for them. Please contact us in case of abuse. In case of abuse,
Report this post.

I decided to write this article even though it is so close to Election Day because I want to be able to tell my future kids and grandkids that when they study the 2016 election in their AP US History classes, I took a stand against the fear-mongering, racist, sexist and xenophobic candidate, Donald Trump.

I have no interest in repeating the words of countless opinion pieces, political pundits, or perhaps many of your Facebook Friends. Regurgitating reasons why Trump is unqualified, or how he is a misogynist, a liar, and endorsed by the KKK and neo-Nazis will not bring to light anything new. By now, you’ve read articles or seen news reports showing you all this. If you’re voting for him, you already accepted the horrifying flaws of your chosen candidate and will vote for him regardless of what my words tell you. But hear me out.

I’m 16-years-old and can’t vote. No matter what I say or how many calls I make for the Hillary Clinton campaign, the results of this election will be out of my control. That means that you, adults, are making a decision that will not only affect your future, but the future of American teenagers, elementary schoolers and toddlers.

Even though I can’t vote, I recognize that what Donald Trump advocates is grossly incorrect. I vividly remember the 2008 Election, so I am old enough to recall presidential candidates where, although they disagreed with each other, treated one another with respect. It wasn’t the status quo to run a presidential campaign based on open revulsion towards minority groups and little to no policy plans.

But what about the children who are still in elementary school and younger, who are still vulnerable to the grotesque tirades of Donald Trump? Voting for Trump sets the precedent for these children that it is acceptable to be a bully, and that people who are different from you do not need to be treated with respect and compassion like everyone else. By supporting Trump, you validate his words to American youth, you legitimize islamophobia, blatant racism, and selfishness.

I write this blog post to illustrate the implications of a Trump vote. When you cast your vote for president, remember that you are electing a representative who children will view as a role-model, who students aspire to emulate when they grow up. Do you really want the future of the United States, the children, to look up to a man who disregards the basics of human decency and respect?

Just before the election, I present Trump supporters, or even people who refuse to vote for either candidate one last thing to think about. When you cast your vote for Trump or remain “neutral,” which is really a vote for Trump, you show children that all Muslims need to be deported, that those with disabilities can be mocked (remember the reporter?), lies can be touted as fact, racism can be tolerated, and women can be violated in the most intimate way.

Please. Please don’t tell American kids that all of this is acceptable. Rather, demonstrate to them that treating every person, regardless of race, ethnicity, religion, social class, ability, or gender, with compassion and kindness is more important than any political ideology.

This election is more than a fight between Democrat and Republican. It’s a battle of whether or not the values of humanity and acceptance can triumph over hate and contempt for others.

One day, when your children and grandchildren ask you about the 2016 election, do you want to tell them you voted for the candidate that matched your political party, or for the candidate who treated all people with respect and dignity?

About the Author
Ronit Sholkoff is a junior at Cleveland High School Humanities Magnet in Reseda, California. Ronit is interested in pursuing Political Science (at least today) in college. Ronit is involved in USCJ's youth program, USY and attended Camp Ramah in California for 9 summers.
Comments