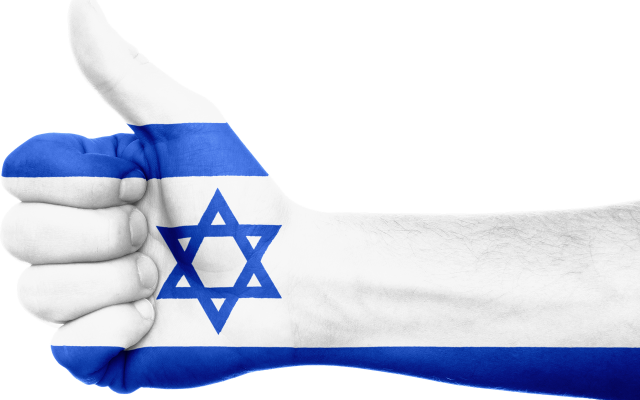 The title for this post is a misnomer. This isn’t my first time voting in Israel. In fact, it’s my seventh. But in one crucial way it feels like my first.

This may turn out to be a terrible decision. By voting on principle I may sacrifice seeing the government I wish to be formed actually coalesce. However, I have come to the conclusion that enough is enough. I am sick of voting “strategically”, of falling for the desperate gevalt campaigns which promise me each time that “this is the real deal”. I am sick of being disappointed when those I vote for say or do things I find abhorrent. The pure voter in me wants to be set free – and by God he will be.

Yet there is another reason that I am voting my conscience.

In some ways it seems like nothing has changed over the last four years and five elections. The same politicians (more or less) are running, the coalitions are about the same. Governments hang on a knife’s edge and instability reigns supreme.

Yet in other ways the world is different. In the past four years indictments were handed down, plea deals were struck, protesters and counter-protestors clashed. A pandemic plagued Israel and the world tribalism and internal threats grew, as did the Iranian nuclear program. Such a precarious reality makes clear just how high the stakes are. It means choosing the person whose voice is most needed at this dire hour is the only real choice.

In the past year in particular, things changed even more. Not because the antagonists and protagonists have changed, but because new people have been allowed to shine, and in my humble opinion shine they did. In a system that appeared dominated by politicians putting the personal and the party over country, I saw clearly for the first time, leaders doing the opposite. Leaders, in my view, are those who can make the tough decisions, at great personal cost and under tremendous pressure, because they believe it is the right thing to do. This is what J.F.K. noted in his Profiles in Courage, and something which Israeli leaders like Ben-Gurion, Begin, Rabin and Sharon were all capable of. It is a trait which requires great bravery and which these days is vanishingly rare. And it was not something I had noticed – until last year.

I will not share who I am voting for. This is for a few reasons. First, the vitriol that is politics plus the internet is enough to make anyone think twice about what they put in writing publicly. Second, despite my newfound ideological motivation, no politician is perfect. My choice also suffers from problems of ego and politicking. We don’t always see eye-to-eye on policy. And there is always the nagging doubt that maybe I should have voted strategically. Since making Aliyah twelve years ago, I have been either clueless, uncomfortable, or both any time I voted. There was no middle ground.

Finally, I do not wish to turn these words into a last-minute campaign stop. My hope is that by the time you finish reading, you will have guessed who I am voting for, and maybe even consider doing the same. But if you chosen a different candidate or party using the same line of thinking, then you too are making the finest ideological choice a voter can make under imperfect circumstances.

My first time voting (actually though), I was a new immigrant fresh off the boat (or the airplane). I voted in uniform for someone who spoke to me, or so it seemed. He didn’t pass the threshold. I thought I was voting ideologically but in reality I was voting ignorantly. The next time I voted, as a civilian, I agonized outside the polling station for a half hour with the same question – ideology or strategy? That time, like the next four times, I voted strategically, and each time left with an increasingly bitter taste in my mouth as I watched those I voted for make loud claims and take close to no action. This time it’s time to finally try something else.

After twelve years and seven elections, I, like many other Israelis, am tired. I am sick of endless political deadlock that is costing the national purse 15 billion shekels – to date. However, fundamentally, the millions of us who go to the polls time and time again want the same thing – a better future for our state; one in which our economic stability is secured, our physical security guaranteed, and our children afforded a place to learn and grow. It is in the details of this vision that blocs and parties diverge, and even more so in their implementation strategies and specific policies. But this most basic common denominator cannot be erased no matter the incitement, no matter the tribalism. So I vote tomorrow for the first time – with a modicum of hope that myself, my fellow citizens, and my country will be better off for it. I hope you can make the same choice.