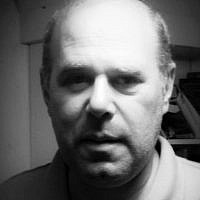 Jewish tradition dictates that on Shabbat Hazon – the Shabbat before the fast of Tish’a b’Av – we read parshat Devarim.  Among the reasons for this tradition is Moshe Rabbeinu’s reference to the sin of the spies which appears in the opening chapter of the parsha and which the Rabbis tell us is connected to the destruction of our two Temples.

In Moshe’s retelling of the story however, he adds a number of interesting details that do not appear in the original version of the narrative as reported in parshat shlakh.  Among these details is his instruction to the spies for them to return with a davar.  Now the word davar simply means “a thing,” which makes the instruction incomprehensible.  And it is for this reason that Rashi contends that the spies were instructed to find out what language did the seven indigenous Canaanite nations use to communicate with each other.

Now for those of us with a long Zionist memory, the word davar reminds us of the Hebrew language newspaper which served the interests of the Labor Zionist movement from 1925 until 1971.  So long as the State was controlled by the socialist Zionists, the newspaper did well.  But as soon as power slipped away from their political masters, the newspaper folded.  In other words, the davar newspaper never managed to become a national newspaper.

It seems to me then, that Moshe’s instruction to the spies was not just about the language spoken by the seven Canaanite nations.  Rather, their task entailed discovering if the seven nations had developed into a single sovereign entity despite their individual sub-national or “ethnic” identities.  And just like its socialist Zionist namesake, they apparently did not.  You see, when it comes to nationhood, “things,” even when held in common as socialism imagined they ought to be, are never enough.  Nationhood demands history, and history is made up of both memory and mourning.

I believe that the Rabbis who instructed us to mourn the destruction of our two Temples fully grasped the connection between memory and mourning in the maintenance of our nationhood.  For this reason, they saturated our holiday rituals with memories of the Temples.  As such, they instituted practices called zecher l’mikdash which include taking the lulav and etrog on the intermediate days of the Succot holiday, lighting the menorah on Hanukah, eating the Hillel sandwich at the Passover seder, counting the days of the omer between the Passover holiday and the holiday of Shavuot, and eating a dairy meal and a meat meal on the holiday of Shavuot.

As the Rabbis knew well, there is a symbiotic relationship between memory and mourning.  And it seems to me that when a nation is no longer interested in mourning its tragedies it will soon enough forfeit as well the rest of its historical memory draining its national identity of everything that is not a “thing.”  And as we know from the spies of yore, and the socialists of yesteryear, nations built on things do not last very long.