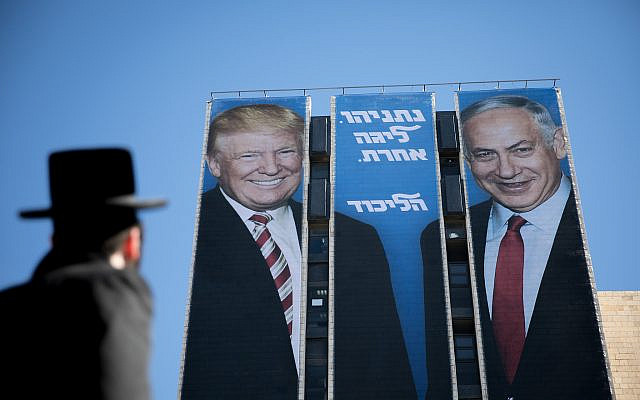 Netanyahu Campaign Poster 'in a league of their own' 2019. (personal photo)

Turns out the new Biden administration can walk and chew gum at the same time. Many keen observers of United States-Israel relations had predicted the incoming Biden administration would deprioritize engagement in the Middle East. Choosing instead, observers suggested, a concentration in the first months of the new term on fighting the coronavirus, economic dislocation, growth of dangerous extremists at home, placing relationships with Israel and the region on low to simmer for the foreseeable future.

Yet in just the first 10 days, nearly every foreign policy/national security professional nominated by President Biden, have been visible and vocal in outreach and public statements reinforcing the ongoing commitment to historic support of Israel. With the glaring exception of, engagement with Israel’s Prime Minister Benjamin Netanyahu.

The top US officials reaching out to their Israeli counterparts include:

As for President Biden himself his calls to world leaders followed a very traditional approach with calls to Canada and Mexico first, then leaders of NATO allies Great Britain, France, Germany then a call to Russian Vladimir Putin and Japanese Prime Minister Yoshihide Suga followed by NATO Sec. General Jens Stoltenberg. No official presidential call to Bibi in sight or in the rear view.

Unlike the previous occupant of the Oval Office President Biden is acting like a seasoned veteran, which he is from over 40 years of hard-earned Washington experience, while surrounding himself with professionals. He knows Bibi is engaged in yet another election campaign and will exploit any publicity, as he has in the past for domestic political consumption.

President Biden also knows how to send all the right signals to Israel’s committed supporters at home and opponents abroad. He has empowered his foreign policy and national security team to do their jobs in alignment with decades of American policy.

Perhaps that first call to Prime Minister Netanyahu won’t take place until after the March 23rd Israeli election. In the meantime, there’s obviously no reason for Bibi to wait for his phone to ring.