The Blogs
Abraham Bril
Apply for a Blog
Please note that the posts on The Blogs are contributed by third parties. The opinions, facts and any media content in them are presented solely by the authors, and neither The Times of Israel nor its partners assume any responsibility for them. Please contact us in case of abuse. In case of abuse,
Report this post. 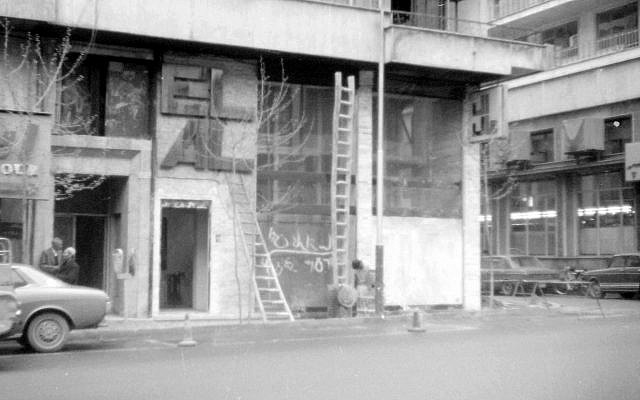 El Al office on Villa Street in Teheran1974 (my picture)

The death of Mohsen Fakhrizadeh has given to much noise and speculation on by who and why this assassination was done. The general assumption is that Israel is behind the killing of the architect of Iran’s nuclear military development, but there are multiple explanations of the why.

The European Union, in the true spirit of Munich, condemned the assassination, probably thinking of the commercial deals that they want to sign with Iran. Some people see this killing as a provocation of Iran giving the Ayatollahs a reason to complete their nuclear armament, as if that has not been the plan all along. Others see it that Benjamin Netanyahu ordered the killing to bolster his electoral chances in likely soon new elections in Israel.

But the blue necks of BDS and other Israel haters explain the killing of Mohsen Fakhrizadeh by accusing Israel to put President Elect Biden in a position whereby he can not simply rejoin the JCPOA. These arm chair blue necks, on their thrones of self proclaimed bearers of truth and morals, just want Israel to ignore the Iranian shouts for the destruction of the Jewish State; ignore the arming of Hezbollah and Hamas and ignore the build-up of military structures in Syria against Israel. Read Thomas Friedman’s opinion article in today’s NYT “ Dear Joe, it’s not about Iran’s nukes anymore ” and maybe this will open some eyes.

The blue necks might think otherwise if Iran would use a group of terrorists in Quebec to threaten New York City with precision missiles because they claim that the city should be returned to the Dutch. But if Iran does the same with Hezbollah in Lebanon and in Syria, then no worries for the blue necks….. “It is only Israel”.

The interesting question is why in fact Iran hates Israel so much. I remember visiting Teheran in the mid-seventies, flying from Tel Aviv with El Al and visiting the Israeli embassy in Teheran. Iranians did not hate Israel at the time, but the Ayatollahs need an external enemy to draw attention away from their internal dictatorship…. The usual, and now partially old, story of the Muslim Middle East.

Iran is a danger not just to Israel and not just to the Sunni Arab countries, but to the region and world in general. Of course, it is desirable that the danger of Iran be addressed by peaceful means. If a new JCPOA, without a sunset clause and with strict verifiable conditions, can be concluded, then kol hakavod, but thinking that this could be achieved without strength, sanctions and a credible threat of military action, is the ultimum naivete. Can someone open the eyes of the radical left blue necks ?

About the Author
Born in the Netherlands, graduated from the Universite de Geneve and the Graduate Institute of International Studies, also in Geneva. Fluent in Dutch, French, English and Spanish, with some knowledge of German, as well as a bit of Ivrit. Spent my working career working in finance in Amsterdam, Paris, London, Geneva, Panama, Mexico and Miami. I am now semi-retired.
Comments