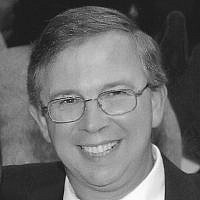 The Blogs
Nick Gray
Apply for a Blog
Please note that the posts on The Blogs are contributed by third parties. The opinions, facts and any media content in them are presented solely by the authors, and neither The Times of Israel nor its partners assume any responsibility for them. Please contact us in case of abuse. In case of abuse,
Report this post.

As the centenary of the pivotal “Balfour Declaration” approaches in 2017, a new group wants Britain to apologise for making it.

November 2017 marks 100 years since the famous “Balfour Declaration” was made in a letter to the British Jewish community, including the famous words, “His Majesty’s government view with favour the establishment in Palestine of a national home for the Jewish people, and will use their best endeavours to facilitate the achievement of this object…” The letter started a chain of events that led, by no means smoothly, to the eventual formation of the modern state of Israel. With the advent in recent years of campaigns such as BDS (Boycotts, Divestment and Sanctions), an essentially anti-Israel movement, Sabeel (Palestinian “Liberation Theology”) and a plethora of other anti-Israel organisations and groups, attempts to attribute the blame for today’s conflict between Israel and the Palestinian Arabs have delved back into history long before 1948.

Now has arisen a group that wants Britain to apologise for the Balfour Declaration ever having been made. The Balfour Project claims that Britain deceived both Jews and Arabs in making the 1917 declaration in favour of a “Jewish national home” in what was then Palestine. The Project attempts to dissect the convolutions of behind-the-scenes talks that went on during World War One, as Britain sought to undermine Turkish rule in the Middle East. By negotiating with both Jews and Arabs over the destiny of vast swathes of Ottoman territory, Britain hoped to create a friendly “bridge” between her African and Indian territories that would enable profitable trade (and Middle Eastern oil) to be cheaper through overland channels instead of the existing laborious sea routes.

So far so normal in imperial diplomacy! In attempts, however, to ensure Britain and France got the best deals from everyone involved, three sets of agreements made to interested parties collided in confusion at the close of the war. In simple terms, the McMahon/Hussein correspondence (1915) sought to buy the allegiance of the powerful Sharif of Mecca and his clan with offers of territory and power; the Sykes-Picot agreement (1917) sought to carve up part of the Ottoman empire between Britain and France and the Balfour Declaration (1917) sought to create a pro-British bloc in Palestine. Unfortunately, the Sykes-Picot agreement carved up territory that had already been promised to the Arabs under the McMahon correspondence.

Contrary to the claims of The Balfour Project, the area that is now Israel was under some dispute. Britain wanted to keep a coastal strip on the Mediterranean under her control, while Sharif Hussein wanted control over much of the same area. At no point was the area around Jerusalem and Southwards promised to the Arabs. It is therefore deceptive to accuse Britain of breaking a promise over an area that it had not promised at all! In fact Hussein’s son Faisal agreed to abandon his father’s claims on Palestine when he was given Iraq to rule. Under the Sykes-Picot agreement also, most of today’s Israel was to be an international zone – again  not promised to the Arabs.

The eventual compromise gave Iraq to the Sharif’s son Faisal, Trans-Jordan to his other son Abdullah and Lebanon and Syria to the French. The zionists were left with the slip of land West of the Jordan river that we know today as Israel. Lebanon and Syria became the French Mandate and Palestine and Mesopotamia (Iraq) became the British Mandate. It is vital to recognise that the promises made to both Jews and Arabs were at least partly, if not mostly, fulfilled through the compromise arrangements.

The Balfour Project makes use of several revisionist articles to claim that Britain needs to apologise to both Jews and Arabs for its historical “balagan” (Arab for a proper foul-up), but betrays itself as another attempt at delegitimisation by its own strap-line “Contributing to justice, peace and reconciliation in the Middle East”. As soon as you see the words “justice”, “peace”, “reconciliation” and “Middle East” in the same sentence, you know you are facing another attempt to denigrate and delegitimise the state of Israel.

The Balfour Project has already started holding meetings around the UK and while, to their credit, their meeting in Winchester included speakers opposed to the aims of the Project, most of the speakers and writers involved are also heavily connected to the BDS and delegitimisation movements, including Rev Stephen Sizer, Prof Ilan Pappe and others.

The Balfour Project aims to make sufficient impact in Britain that the Government will be forced into an apology for the Balfour Declaration on its centenary in 2017. This apology is not needed, will not contribute to peace or justice and will not diminish the depth of feelings for and against Israel. The Balfour Project claims it does not deny the right of Israel to exist, but Rabbi Dan Cohen-Sherbok threw a spanner in the works in his speech at the Project’s meeting in Winchester by pointing out that if the Balfour Declaration should not have been made then does that mean that the Jews should not have been offered a homeland and that Israel should not exist today?

Oops, back to the drawing board!

About the Author
Nick Gray is the Director of Christian Middle East Watch (CMEW), a British Christian organisation bringing factual and balanced information and opinions to the discussion on Israel and the Middle East.
Comments