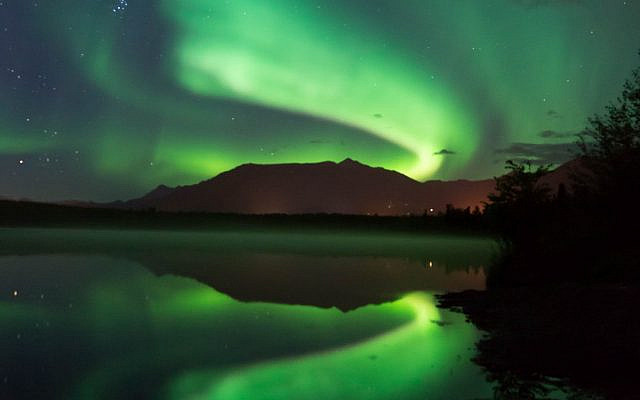 Photo by Anita SHEPPERD on Unsplash

In my book Talking with God, I explore several key biblical terms associated with the Ark of the Testimony/Covenant that have either been mistranslated or not understood over time. One phrase found in several verses of the Hebrew Bible is “the anger of the Lord.” There has never been a satisfactory explanation about how the Lord’s “anger” worked as it is described in the Bible.

In the Hebrew Bible there are instances when anger (Hebrew verb, qatsaph, noun, qetseph) means just that — anger. But often, when the word is used in relation to the Lord, it is followed by a strange reaction relating to the verb “to glow,” or more specifically, “glowed.” When the anger of the Lord glowed, the result was that the person(s) at whom this phenomenon was aimed contracted a “plague.”

Numbers 1:53: When the Tabernacle was constructed in the Wilderness, the Bible says the Lord appointed the Tribe of Levi (the Levites) to “camp around the tabernacle of testimony so there will be no anger [qetseph] on the congregation of the sons of Israel.” Later (Numbers 8:19), the Lord told Moses to have the Levites serve there so that “there will not be a plague among the sons of Israel for coming near [the tabernacle].”

Something happened to trigger plague when the people came too close to the tabernacle. When Moses ordered the Levites to “camp around” the Ark, it was to protect the people from a natural reaction, the plague.

Numbers 17:11 (16:46): At one time in the Wilderness a small group of men rebelled against Moses and Aaron. They were killed, and this caused all the Israelites to turn on the two leaders. The Bible says the Lord told Moses and Aaron to “get away from the midst of the congregation and I will consume them in a moment.”

Then, instead of pleading with the Lord on behalf of the people, “Moses said to Aaron, ‘Take the censer, and put fire on it… and lay incense on it and go, hurry to the congregation, and make atonement for them for the anger has gone forth from the Lord, and the plague has begun” (my emphasis). Aaron did as he was told “and stood between the dead and the living, and the plague was stayed.” In other words, a chemical procedure, caused by the burning of incense, had taken place.

Numbers 11:33: While in the Wilderness the people complained that they had no meat to eat. The Lord brought them quails, but when he saw them “lusting” after the meat, His anger “glowed among the people while the meat was still between their teeth… and the Lord struck among the people a very great plague.” It took two days for the people to gather the quails, so one might assume that the “glow” may have hastened their rotting, causing deadly illness.

Numbers 12:9–10: When Miriam and Aaron, Moses’ sister and brother, “spoke against Moses, because he had married a Cushite woman, the anger of the Lord glowed against them and Miriam’s skin turned white as snow.” (To understand the chemical reason why Aaron’s skin wasn’t affected, read pp. 86–88 in my book, Talking With God.)

Numbers 14:11–12: In the Wilderness the Israelites complained when the spies, who had been sent out to survey the land the people were about to enter, brought back an “evil report.” Although the story does not say that the Lord’s anger glowed, it does warn that He would strike the people with “pestilence.” Yet, He recanted but said He would fill the whole earth with His glory. (Glory is a word that has two separate meanings, one being part of the process that involved the plague.) As for those 20 years and older, their “dead bodies will fall in the Wilderness.” That plague played a part in this episode is made clear by the fact that it killed the spies who had brought the evil report (Numbers 14:37).

The “anger” that glowed and led to plague indicates a cause-effect relationship. Why was this? Was the glowing anger something more than the Lord losing His temper? If so, exactly what was it? And what was the reaction translated as “plague?”

There are clear answers to these questions, and I have put together the pieces to this puzzle in Talking with God.

About the Author
Roger D. Isaacs is an independent researcher specializing in Hebrew Bible studies and the author of two books, "Talking With God" and "The Golden Ark". Isaacs' primary research site was the archives of the Oriental Institute at the University of Chicago, where he is a member of the Advisory Council. He also conducted research at the Spertus Institute for Jewish Studies, as well as digs, museums, and libraries in many countries, including Syria, Jordan, Turkey, Egypt, Israel, and England.
Related Topics
Related Posts