In a P.S.A. currently circulating in Israel, people are being instructed to stay home on Passover and keep those Seders small. 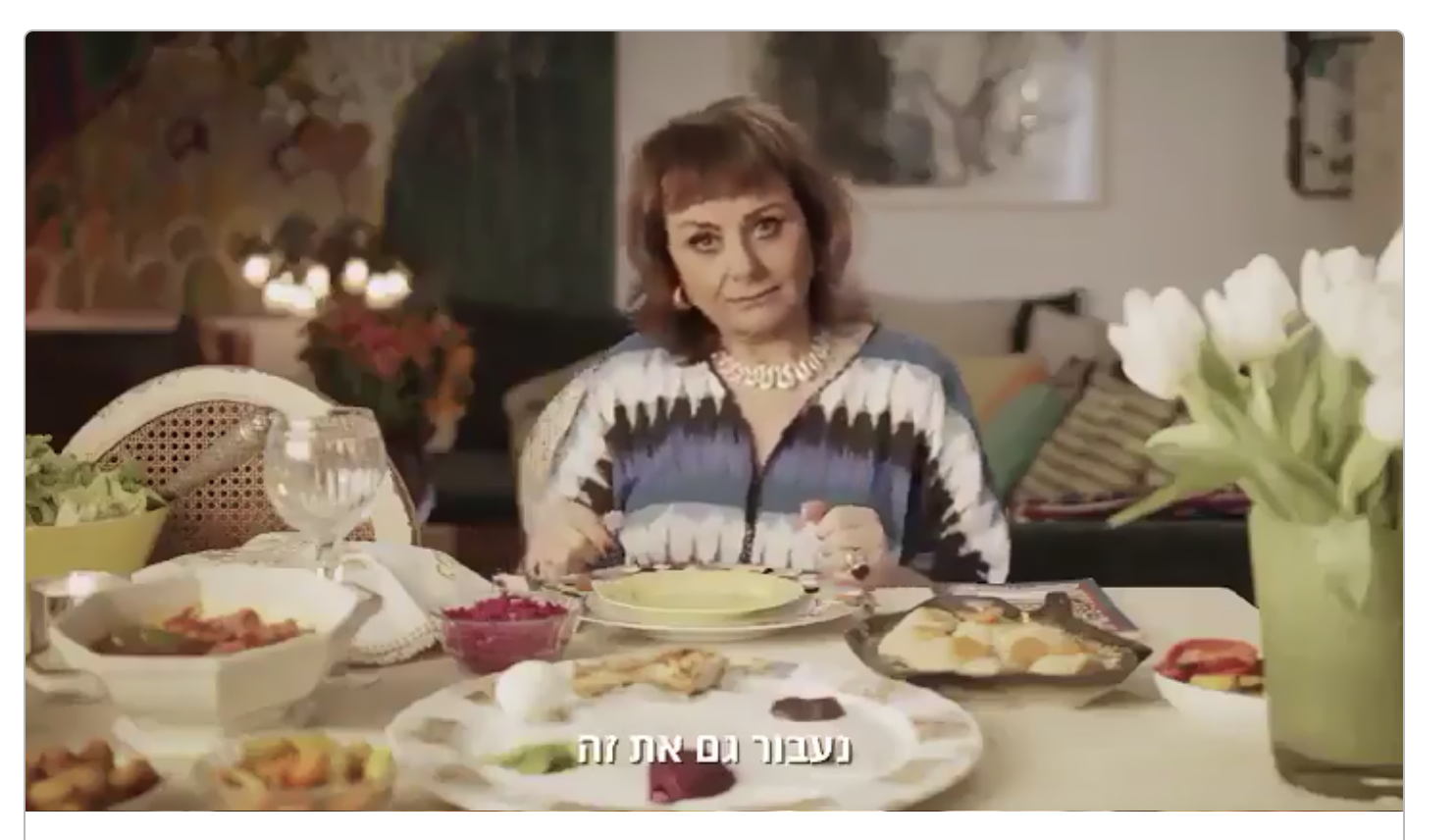 “We survived Pharaoh.” the woman says, “We’ll survive this.”  See it here.

I woke up this morning to the jarring realization that perhaps, just maybe, our ancestors survived the same thing that we are trying to survive right now.

I’m never one to over-rationalize miracles.  I don’t give much credence to those who suggest that the Red Sea’s splitting was due to an unusually low tide during an eclipse, for instance, or that the plagues resulted from volcanic ash stemming from an eruption on the Greek island of Santorini.

But the way COVID-19 has forced us to take cover in our homes, as the Israelites did in Egypt, has made me wonder whether the Angel of Death may in fact have been a particularly virulent form of a coronavirus.  Check out these parallels:

– The plague attacked the first born; i.e. the oldest among them.

– The principle means of avoiding the plague was to huddle indoors with the immediate family -and to stay there until the danger had “passed over.”

– Exodus 12:13 states, “…And when I see the blood, I will pass over you, and there shall no plague be upon you to destroy you, when I smite the land of Egypt.” What blood does the Destroyer avoid? Could this be the blood containing antibodies from those who have had mild forms of the virus?

– The tenth plague and Passover took place on the 14th day of the month, precisely the outer limit for COVID-19’s incubation period (2-14 days) following exposure.

– “And it came to pass at midnight, that Adonai smote all the firstborn in the land of Egypt, from the first-born of Pharaoh that sat on his throne unto the first-born of the captive that was in the dungeon; and all the first-born of cattle. (Ex.12:29).” Like the tenth plague, the coronavirus does not distinguish between rich and poor, urban or rural, blue state or red, British royalty or a person on the street.

– “…And there was a great cry in Egypt.” (Ex. 12:30).  People living in New York have commented about the eery silence of the streets, punctured only by the piercing cry of emergency sirens.

– The lamb’s blood on the door is not something I would recommend in this situation, but if you smear disinfectant instead – on all smooth surfaces – well then we’re onto something.

One question that needs to be addressed: If the tenth plague was a coronavirus, why were the Israelites spared? In an article that appeared in the New York Times during the Ebola crisis a decade ago, Dr. Martin J. Blaser, a historian and chairman of medicine at New York University’s medical school, offered this intriguing explanation for why Jews became scapegoats in the medieval Black Death. They were largely spared “because grain was removed from their houses for Passover, discouraging the rats that spread the disease. That plague peaked in spring, around Passover.”

So maybe the tenth plague also coincided with a springtime epidemic that was suppressed by the elimination of fermented grains from the diet. Who knows; we may discover in two weeks that the populations of Monsey and Crown Heights have been mysteriously released from the terrors of COVID-19 because the disease could not penetrate a cascade of matzah crumbs.

Or not. But meanwhile, as we join at our Seders on Wednesday night, Jews everywhere will be able to sense the same existential dread our forbearers felt. Perhaps the generation of the Exodus also feared awakening with that telltale dry cough, or that feeling of an anvil on their chest, or that spiking fever that brings a terror that not even a Pharaoh could match.

We survived Pharaoh. But will we survive this?

This year we are slaves to the disease. Next year, may we be a free nation – or to be more precise, a vacci-nation.

About the Author
Award-winning journalist, father, husband, son, friend, poodle-owner, Red Sox fan and rabbi of Temple Beth El in Stamford, CT. Author of Mensch-Marks: Life Lessons of a Human Rabbi – Wisdom for Untethered Times and "Embracing Auschwitz: Forging a Vibrant, Life-Affirming Judaism that Takes the Holocaust Seriously." His Substack column, One One Foot: A Rabbi's Journal, can be found at https://rabbijoshuahammerman.substack.com/ Rabbi Hammerman was a winner of the Simon Rockower award, the highest honor in Jewish journalism, for his 2008 columns on the Bernard Madoff case, which appeared first on his blog and then were discussed widely in the media. In 2019, he received first-prize from the Religion News Association, for excellence in commentary. Among his many published personal essays are several written for the New York Times Magazine and Washington Post. He has been featured as About.com's Conservative representative in its "Ask the Rabbi" series and as "The Jewish Ethicist," fielding questions on the New York Jewish Week's website. Rabbi Hammerman is an avid fan of the Red Sox, Patriots and all things Boston; he also loves a good, Israeli hummus. He is an active alum of Brown University, often conducting alumni interviews of prospective students. He lives in Stamford with his wife, Dr. Mara Hammerman, a psychologist. They have two grown children, Ethan and Daniel, along with Cobie, Casey and Cassidy, three standard poodles. Contact Rabbi Hammerman: rabbi@tbe.org (203) 322-6901 x 307
Related Topics
Related Posts
Joshua Hammerman
Comments