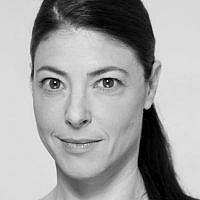 The Blogs
Merav Michaeli
Apply for a Blog
Please note that the posts on The Blogs are contributed by third parties. The opinions, facts and any media content in them are presented solely by the authors, and neither The Times of Israel nor its partners assume any responsibility for them. Please contact us in case of abuse. In case of abuse,
Report this post. 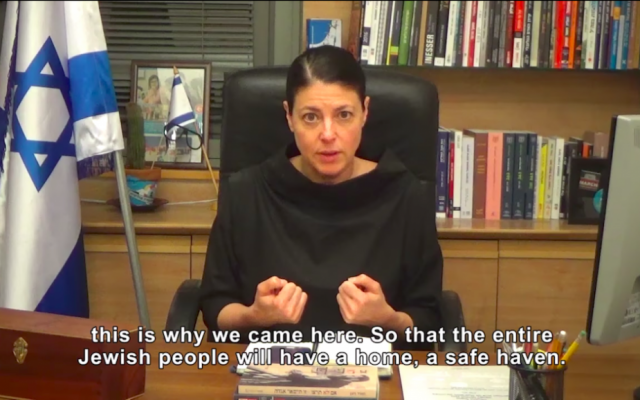 For the past week, we’ve been discussing intensely the roughly five million non-Orthodox Jews in America, and how the Israeli government spat in their faces by making decisions that basically told them to get lost.

But we haven’t talked enough about us. Us secular Jews. We are also a stream in Judaism, which, in Israel, is, in fact, the biggest and most significant stream and the Torah belongs to us just as much as it belongs to them, just like the Western Wall; And when I say, “secular,” it doesn’t mean not believing in God, or not fasting on Yom-Kippur, or going to synagogue or lay phylacteries if one wants to do so. I mean, people who decide for themselves how to live their lives, and how to practice and experience their Judaism.

But the ultra-Orthodox establishment doesn’t think so. As far as the ultra-Orthodox establishment — where women are not allowed to pray at the Western Wall and also not allowed to run for parliament — is concerned, we’re a historical accident, a mishap. A report published yesterday examined over one hundred textbooks from the Israeli ultra-orthodox educational system. Briefly, the textbooks say that Women’s role is to serve men, the Enlightenment movement and the Zionist movements are a sin, Herzl is evil, the founding fathers of the state of Israel are assimilated Jews whose purpose is to destroy Judaism, and today’s secular Judaism is empty, shallow and treacherous, and will pass soon enough from this world. This is also why they’re currently trying to impose religious content into our schools and kindergartens, as though we are not Jews ourselves. Frankly, I feel sorry for them. This is exactly what they would call “Tinok shenishba” (“Captured babies”). Captured, and don’t recognize Albert Einstein, Sigmund Freud, Barbra Streisand, Karl Marx, Ben Gurion, Woody Allen, Bob Dylan, Golda Meir, Jabotinsky, Paul Simon, Heinrich Heine and also Mark Zuckerberg and the founders of Google – I can go on and on for hours naming great Jews who gave us our name as “the smartest people in the world.” We are the ones who revived Hebrew, our wonderful language – Eliezer Ben-Yehuda and Leah Goldberg and all of our many great writers and poets. The same Hebrew that is spoken today by MK’s Litzman and Gafni and their followers.

Do you know the essence of the Enlightenment and Jewish secularism? Within a span of 150 years, we tuned from a persecuted, weak and exiled people into a strong, advanced democratic and unified, solidary nation. Yes, solidary. Every Jew around the world has a home with an open door for them, I mean they still have that open door, as long as we don’t allow Netanyahu to slam it in their faces.

Netanyahu, yes, Netanyahu. Because the problem definitely isn’t the ultra-Orthodox public, it’s the secular politicians who sell us out to ultra-orthodox politics. Selling us for “Nezid Adashim,” for a chair.

The lesson to be learned from what happened this week is that we must raise our heads up high. We always take the moral high road, giving up for the sake of the common good. But it’s time that our schools start teaching about the links between the Jewish Enlightenment movement and the Zionist movement, so that it’ll be impossible to teach that Zionism is only defined by a return to the land that God gave Abraham and Naftali Bennett.

Merav Michaeli is a Knesset member in the Labor Party and a former journalist, TV anchor, radio broadcaster and activist.

About the Author
Merav Michaeli is a Knesset member in the Labor Party and a former journalist, TV anchor, radio broadcaster and activist.
Related Topics
Related Posts
Comments