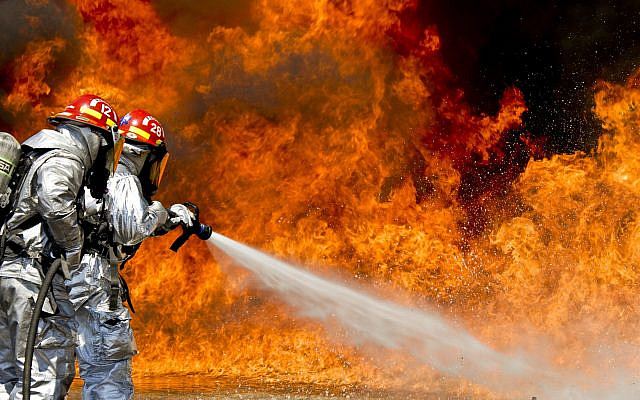 Put That Fire Out (Image Free for Use from Pixabay)

The antisemites and haters of Israel are there. But sometimes they can be forced to reveal themselves, to come out of hiding. Sadly, even some Israeli citizens find nothing but hate for their own country.

My last blog – Fire With Fire – suggested that Israel should use the same tactics against Hamas as Hamas uses against us.

This suggestion, which would exact a price for aggression but in no way advocated killing anyone, brought a flood of comments. Many contained personal insults and wild guesses as to what I think. Some claimed to know me better than I know myself.

A particularly unpleasant commentator, who seems to have got both his ideas and his shirt collar back-to-front, tries to interpret our Torah to fit his own curious worldview.

Another commentator, who seems content to live in the “occupied” Golan Heights, calls out “nationalistic” Israelis. There is, of course, more than one type of nationalism.

I am not sure to which form of nationalism this commentator is referring.

But, with fresh volleys of rockets coming in by the minute, none of the commentators had much to say for the communities huddled in their shelters. More than 200 rockets in the last 24 hours have not made an impression on these self-righteous commentators.

Wrapped up in their own unimportant lives, my detractors may not have heard of the Second World War. The British and Americans wiped out the city of Dresden, killing untold men, women and children, basically because it was there, and they could.

A short time after, the Japanese cities Hiroshima and Nagasaki were totally destroyed in the first use of atomic weapons. These civilian targets were chosen just to send a message (which was received and acted upon).

Although there are many, sitting in the comfort of hindsight, who would rather that the war had continued, with many more civilian and military losses, the British and Americans took all the measures they considered necessary to protect themselves. Israel is not afforded this luxury. Israel is held to a different standard.

I am sure that I am going to get some comments claiming that I want to drop an atom bomb on Gaza. Let me clearly state that I do not. I look forward to the day that I can visit Gaza as a tourist.

It would be useful if the commentators could make some suggestions as to how we could protect our land and our people. I, for one, would be sure to listen.