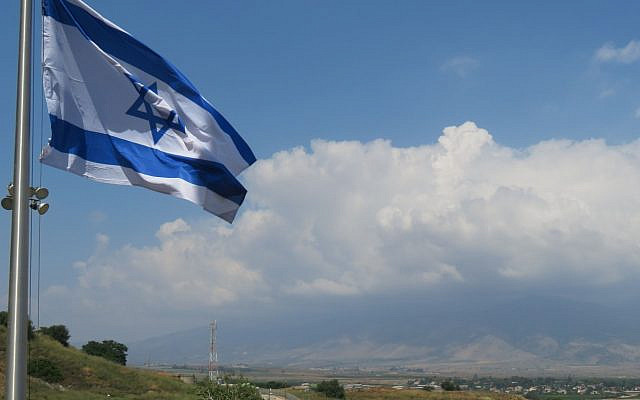 Picture that I took in Israel while on vacation 3 years ago, in May 2018.

On September 12, 2001, the day after the terrorist attack on the United States, Jean-Marie Colombani, who was at the time the editor-in-chief of the daily newspaper Le Monde, a left-leaning French publication, wrote “We are all Americans!”. Many of us felt the same way.

But today, it is Israel that is suffering terrorist attacks. Not one day, but day after day. Not the first time either. From Gaza alone, Hamas and other terrorists have engaged in these attacks several times since Israel withdrew unilaterally from Gaza in 2005.

So where are the world’s intellectuals, leaders, and politicians who are declaring “We are all Israeli now”?

There has been some support for Israel’s right to defend itself, which is like saying that some people have recognized that water is a liquid.

No country should have to accept this. No decent person should expect Israel to tolerate this. But what is any of us doing to prevent these attacks from occurring again and again and again?

We know that the only way that Gaza terrorist attacks will stop is if Gaza is no longer controlled by terrorists, but nobody, no country, no organization, has presented a plan on how to remove the cancer within Gaza that controls the lives of Palestinians and that rains rockets on Israeli cities whenever they choose to do so and with no end in sight.

I lived through ten years of civil war in Lebanon, so I know what it means to live under the constant threat of rockets coming down from the sky and maiming and killing at random. Nobody should have to live like this. Yet Israelis have been living under terrorist threat since before Israel declared its independence. The threat from rockets launched from Gaza, alone, is now 16 years old.

I want to hear how the terrorist nightmare that Israelis are forced to endure will end and end permanently.

There are many ways to address grievances, but terrorism is not one of them. If Palestinian leaders want self-determination so that they and their people don’t have their lives controlled by Israel, they must start by extending a hand in peace and be ready to negotiate a peace agreement. But most of all, they need to recognize that Israel is here to stay, and that terrorism is absolutely unacceptable.

They should have done it long ago. Until they do, no one should listen to their grievances.