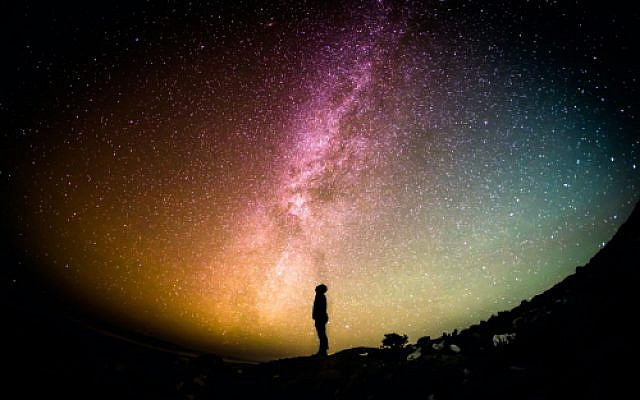 As a child attending a non-Jewish primary school in Aerdenhout, a small village 20 kilometers away from Amsterdam, the Netherlands, I was often asked by my friends which religion my family belonged to. “Wij zijn niks,” “We are naught,” was my answer in typical Dutch which meant that we did not practice any kind of religion. Religion of whatever kind was totally absent in the extreme.

Yes, we had a menorah and a Christmas tree—but this did not carry any religious meaning. It just happened that my father was Jewish and so we had a menorah as a kind of reminder of our ancestry, and that it was my father’s unclear and irreligious conviction that we be proud of this. Why? I do not think that my father would have been able to give a comprehensive answer. Perhaps, perhaps, he would have argued that Jews had made an extremely disproportionate contribution to humankind. And for him, Spinoza’s “secular enlightenment” philosophy was perhaps the peak of this phenomenon.

Certainly, my brother and I had no clue; neither did we ever question this when we were youngsters. Our father constantly said that we were of Portuguese Spanish Jewish ancestry and consequently members of the most unusual Jewish community in the world, the “Portuguese Gemeente,” the Amsterdam Sephardi community. Indeed, for hundreds of years this was the most unusual, strangest community. Nearly all of its founders were raised as Catholics (they were Marranos, Jews who had lived as Catholics while maintaining a very basic Jewish identity) who had been expelled from Spain and Portugal in 1492 and made their homes in “liberal” Amsterdam. In 1675, on the completion of the construction of its majestic synagogue also called Esnoga or just Snoge, it became even more famous (at the time it was the largest synagogue in Europe).

In my home, religion was a nonstarter; although, paradoxically, we had a white tablecloth and special food and a lot of “nosh,” sweets, and peanuts after the meal on Friday night. This was the custom at my father’s parents and most Lopes Cardozos in Amsterdam, who were all Jewish; hence, we inherited this custom without ever questioning it or asking for any deeper significance.

This was also the practice of most secular Jews in Holland. A white tablecloth and good food on Friday night! It was unheard of not to do so. The same was true about certain foods such as pork, horse meat, shrimp, or eel—these were all taboo. Why? Nearly nobody posed this question. Tradition! Jews just did not eat this “appalling” food!

Interestingly, all these “secular” Jews lived socio-cultural Jewish lives to the full. Most of them had mainly Jewish friends. There were Jewish musical and dance parties, and the telling of Jewish jokes that were difficult for an outsider to understand was very common. They had their own Jewish Dutch language and many expressions entered the general Dutch language (Amsterdam was called “Mokum,” luck became “mazal,” etc.). However much the gentile world was socially involved with the Jewish Dutch population, there was a cultural gap, a kind of friendly wall with colorful flowers possessing a pleasant odor, but a gap, nonetheless.

My mother came from a religious Christian background but had dropped it all when she met my father (or perhaps even before). So, the Christmas tree held no religious significance whatsoever for her either. We had a tree for only two reasons: all the residents in our street had trees and it was fun. Having a Christmas tree was the “custom,” and not joining our neighbors was seen as unfair to us, the children, and possibly a mild form of “treason”!

We are “niks,” “naught,” was a general expression in most of the Netherlands, among non-Jews too. People had turned their backs on religion, and this had become the new fashion. To be “niks” was part of Dutch culture. In fact, if you still went to church it was more of a liability: you belonged to a group of primitive and simple people who lacked proper education.

While still being completely secular myself, I asked why people maintained this perception of churchgoers and the religious, and I never received an adequate answer. All that people would say was that science, philosophy and intellectual progress had made religion obsolete. When I asked why this was the case and I requested examples, I was generally met with silence. Very few people offered serious responses.

At a later stage of my life, it became clear that most of those surrounding me did not properly understand the nature of science and its limitations, and that religion belongs to an altogether different realm.

The primary difference between science and religion is that science does not address the question of meaning. Science investigates our physical reality, arrives at an understanding thereof and proposes theories that explain the phenomena of the universe. Science states the “facts,” so to speak, as to what lies at the basis of various phenomena, and not what these facts signify on a spiritual level. This distinction between science and religion is expressed quite clearly by Rabbi Lord Jonathan Sacks z.l.: “Science takes things apart to see how they work. Religion puts things together to see what they mean” (The Great Partnership, God, Science and the Search for Meaning, Hodder & Stoughton, 2011).

The constantly repeated argument that science and intellectual progress had outdone religion was a comfortable hiding place people retreated into to justify their secularization. However, most of the time this argument lacked substantiation and appeared hollow to me. Even Spinoza’s attack on religion did not refute religion, rather, it sidestepped, dismissed and misrepresented religion.[1]

Over the years I started to read more about religious belief and science, and I realized that religious belief was not defeated by science or secular philosophy; rather, religion had become irrelevant, dull, and insipid—and this was mostly its own doing. Religion itself had forgotten what it itself was all about.

Not only is the task of religion to emphasize the mystery of all existence and to stand in amazement and awe of existence, but as Abraham Joshua Heschel expressed so well, what to do with this awareness, and how to respond to that which is mostly ineffable. While general philosophy also deals with the mystery of existence and begins in amazement, it does not see its task to teach people what to do with this awe. However, this is by far the most important question.

While the Church and the Synagogue continued to observe their prayer services, traditions, rituals, and customs, they no longer emphasized that all these traditions are to be a response to the question of dealing with the mystery of all existence and the awe the entire existence should generate. The average leadership of the Church, and the Synagogue, did not realize this and therefore did not respond to this question in a meaningful, encompassing manner (although there were individual exceptions).

Rather, these spiritual institutions made an unfortunate substitution. Instead of emphasizing the purpose of the religious traditions, they decided to join those who offered religious self-assurance and religious contentment. They offered creed instead of deep faith, discipline instead of true worship, habit instead of love. They ignored the crisis of so many modern human beings who were looking for meaning but received dogma and religious authority instead of spiritual authenticity. They worshipped the splendor of the past, instead of offering a way to challenge the future and shatter the (material) idols of today. These spiritual institutions stopped challenging ideologies that saw the purpose of human beings as searching for as much comfort, luxury, and ease as possible (Abraham Joshua Heschel, Essential Writings, edited by Susannah Heschel).

These spiritual institutions forgot that it is the task of religion to “disturb” the complacency of human beings. Instead, religion was now utilized to acquiesce to these material attitudes and in fact support them so as to find favor in the eyes of the masses.

Thus, religion was turned on its head and it traveled in the wrong direction, becoming irrelevant for the many seekers looking for guidance and to discover deep meaning in their lives. Once I had come to this realization, I understood that “To be Naught” with regard religious belief was not an option at all—for it was nothing more than an attempt to justify not looking for the deeper meaning of life.

To ignore that there is more to life than just contentment hinders the most precious part of human existence. Or in the beautiful words of Rabbi Dr. Louis Jacobs: “Who wants a life of contentment? Religion throughout the ages has been used to comfort the troubled. We should now use it to trouble the comfortable” (Jerusalem Post, December 4, 2007).

It was this insight that set me and many other seekers on the road to discover the world of religion.