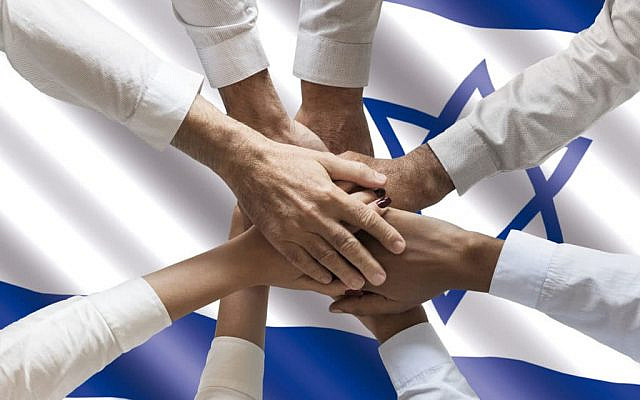 “Which is better, law and rescue, or hunting and breaking things up?”  (Piggy, from Lord of the Flies.)

This coming Sunday, July 11, 2021, thousands of Jews and, hopefully, Jewish allies will converge in Washington, D.C. to shine a light on the alarming increase in worldwide anti-Semitism.  People from across the country will gather in the nation’s capital to stand against the overt resurgence of the world’s oldest and most persistent form of hatred.

As I admittedly stand in the outlying sphere of layperson, I have watched from afar in morbid fascination as this rally developed and gathered steam.  I observed the internecine warfare that so often permeates our community and our professional organizations.  This group is too right-wing.  That group is too liberal.  I don’t want to join in because not every participating organization represents all of my views.  I was warned by more than one Jewish professional not to attend because some of the organizations participating did not necessarily represent my personal political views.

I found myself wondering if Jews behaved this way in the 1930s as Nazi Germany prepared to commit one of history’s greatest atrocities against them.  We have one distinct advantage, however, over those Jews.  This time, such an atrocity is not unimaginable.

We are all Jews.  The world is savage enough to us.  We already have to fight the most base, human instincts to hunt and break us up.

That is the purpose of this rally.  That is our binding motivation.  That is the cement that must coagulate in the artificial spaces between us.

Do we have different political opinions?  Of course.  Do we have to share every view in common with one another?  Of course not.  As the old adage goes, ask two Jews a question and you will get three answers.

I am thrilled that the rally’s sponsorships ultimately expanded significantly to include organizations whose participation should have been immediate and automatic.  I celebrate the spirit of unity that, hopefully, will prove to be the essence of Sunday’s rally.  I applaud the decision of many of our community organizations to reconsider and join in this movement.  It was the right decision.  One of the hardest choices a human can make is to change his or her mind.  I have nothing but the utmost respect for those who have.

None of us own the narrative, but we all share in the punishment.  When it comes to combatting the direct, existential threats against us, we must be able to see beyond the many differences that define the broad spectrum of our political opinions and view each other as brother and sister, not the enemy.  We cannot afford to misuse the current wave of anti-Semitism as a further wedge between us.

Let us instead use this external wave of hate to engender greater understanding within our own community.  Republican, Democrat, religious, secular, young, old, Diaspora, Israeli – these differences cannot define us at this moment in history.  We must be mutually responsible for each other.  Let us focus on what we share rather than what sets us apart.

Namely, we are all mortal.

It is as fundamental as that.  We are all flammable.  We are none of us impervious to knives, guns, bombs, missiles, machetes, fire, or gas.

We are not, however, cannibals.  We do not eat our own. There are so few of us in this world, we cannot afford to eat each other alive when others are all too willing to do that for us.

We are Jews, and we must stand arm-in-arm this Sunday and every Sunday in the face of the direst of consequences – our eradication from this Earth.

Will you be there to hold my hand in solidarity?

About the Author
Ellen Ginsberg Simon is an attorney and compliance professional in Upper Saddle River, New Jersey. She has an M.Phil in Modern Middle Eastern Studies from Oxford University and is also a graduate of Brown University and Harvard Law School.
Related Topics
Related Posts
Comments
Advertisement