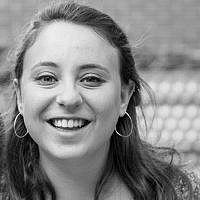 The Blogs
Emma S. Jacobs
Apply for a Blog
Please note that the posts on The Blogs are contributed by third parties. The opinions, facts and any media content in them are presented solely by the authors, and neither The Times of Israel nor its partners assume any responsibility for them. Please contact us in case of abuse. In case of abuse,
Report this post.

Today one of the holiest sights in Jerusalem was engulfed in protest. It helped me connect with religion in a way I never have before.

I’ve never felt a spark at the Kotel. Maybe a bit numb or judged but never special. At the little, hidden enclave that is Robinson’s Arch (the egalitarian section) I usually feel semi-acceptable, but never respected or enough. As a woman, I’ve always had to dress according to how the religious rabbinate who control the Kotel want me to. To pray quietly and not exist loudly.

That changed when I attended my first Rosh Chodesh (Adar) with Women of the Wall (WOW). 19-years-old and away from London for the year I had no idea what was coming my way.

Along with other gap-year kids from South Africa, Australia and the UK around 20 of us headed down to the Old City en masse — donned out in hultzot (youth movement shirts), with heads full of concerned comments from parents back home. We weren’t sure if we were more scared of the risk of being detained or beaten up or late for class. But we knew we needed to take this risk to fight for our right to pray.

Arriving at quarter to seven in the morning, still blurry-eyed and hungry, we were met with a lovely pat down by security. Unsure if we could take tallitot (prayer shawls) in, we contemplated a technique picked up from club nights — stuffing the contraband object into our skinny jeans. However, instead of water bottles full of carefully decanted cheap vodka, our rebellion involved sneaking in prayer paraphernalia. Thankfully, we got the tallitot in, but only after a slightly violating and incredibly degrading security search. None of the men got searched.

We were then led towards a kettled in area where you couldn’t touch the Kotel. We thought we were being screwed over by security, but it was, unfortunately, the best compromise the leaders of WOW were able to come to.

There was a small Torah and several tallitot/tefillin brought in. A bat mitzvah also took place, and the girl looked terrified. It must be hard to celebrate coming of age in the middle of a protest.

There were also allies on the other side of the mehitzah (separation wall). When we first arrived, an American man helped us, as security were reluctant to even let us in to our kettled spot. We had to walk through a wall of shouting, insulting, pushing girls who were around our age and who’d been carted in from seminaries around the country to counter our prayer with shrill noise and a pinch of xenophobia. 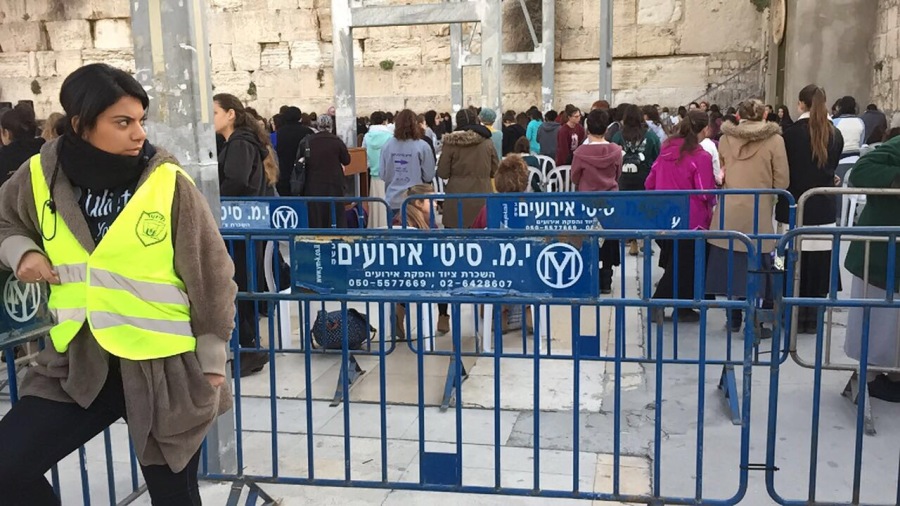 Once we stood inside our tiny, isolated spot patrolled by security guards (partially for our protection, partially to contain us), the abuse increased. Some religious men had brought a speaker to drown out our voices. Women had bought whistles that left my ears ringing hours later and made it hard to follow the cantor. Everyone brought some horrid slurs to the party.

I was told by a charming woman (who’d brought along her child) that she’d “rip the nose piercing off your (my) face.” She also told me that “Jews did not die in gas chambers” for us “lesbians” to pray like this. Anat Hoffman told me the woman was a “Taliban Haredi woman.” A rare and unpleasant breed. Another woman screamed “missionaaaaries” at us for the whole of Shaharit (morning prayer service) and I’m still not entirely sure what she meant by it. My friend on the men’s side had a cigarette put out on him. He said it was okay and he felt worse for us. I guess a cigarette burn heals faster than social inequality.

My time at the Kotel was simultaneously the most liberated and oppressed I’ve ever felt. It showed all the divides within Israeli society. Liberalism vs social conservatism. Government vs rabbinate. The only consistency was elitism which came out in its full form — within gender and religion. We managed to complete the double-whammy of offensiveness, being female and wanting to pray out loud.

I’m not sorry our peaceful tefillah (prayer) got in the way of your speakers, whistles and slurs. I’m not sorry our smiles and relief at finally learning what it is like to be a religious Jewish man countered you calling us Hitler.

At the end of the service, the security, IDF and male allies created a path for us as the “righteous” tried to attack and literally crush us. Walking next to two other girls from UK youth movements, behind two leaders of women of the wall, singing a beautiful song of prayer, I got a taste of what it is to be an equal within your religion. And boy did equality seem sweet.

About the Author
Attending the largest Jewish state school in Europe (300 per year), I'm used to a balagan. But I never expected it to be like this. I'm living in Israel for the year with my youth movement (RSY Netzer). Our ideology claims to be vegetarian, feminist, Zionist and pro a two-state solution. I'm trying to work out if Israel facilitates for lefties like us. We've lived in the Negev (on a kibbutz) and by the Lebanese border (moshav). I've volunteered with Arab and Jewish kids ranging from 4-18 and youth at risk. I've got 9 months to understand what constitutes good hummus and try to comprehend the complexities of the Middle East.
Related Topics
Related Posts
Comments