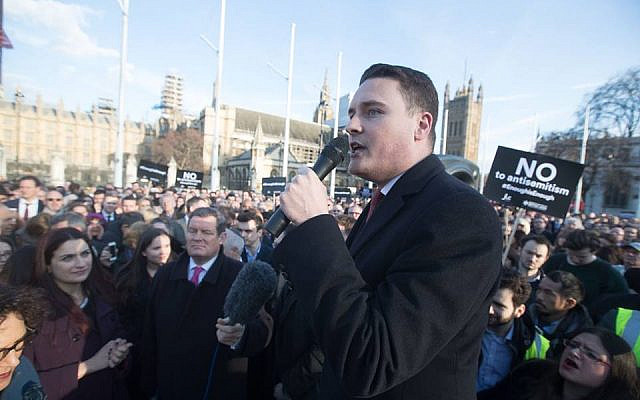 At least he turned up for the interview, but sorry seemed to be the hardest word for Labour’s leader when pressed repeatedly by Andrew Neil to apologise for his failure to tackle antisemitism. He’s not the only one who should be saying sorry. Every single one of us needs to apologise for what we’ve put the Jewish community through.

The extraordinary intervention of the Chief Rabbi in the election debate underlined how serious this crisis is. Even so, our leadership responded by attacking the intervention. The question was ‘What is he doing?’ when it should have been ‘What have we done?’

During the election campaign I wrote to my constituents who raised antisemitism with me and tried to reach as many of them by phone to say sorry and reassure them that even if not a single Jewish person voted for me, my commitment to this community and my determination to fight this cancer in our party would be undiminished. I meant it. This is about values, not votes.

As well as apologising, I owe you an explanation as to why I stood for re-election under a Labour banner when my opposition to Jeremy Corbyn’s world view is consistent and well known. Labour has existed for more than 100 years. It existed before Corbyn and it will exist beyond. It has a much better chance of returning as a mainstream centre-left force for good in our country so long as Labour’s centre-left members don’t abandon the pitch.

The Conservatives are not without their own racist baggage, either. Windrush, ‘go home’ vans and Islamophobia. ‘Piccannies’, ‘watermelon smiles’ and ‘bank robbers’. I expect both of our main political parties to take racism seriously, but I hold my own party to a higher standard because I expect us to be better. That’s what our values demand.

The country deserved better than the choice we gave you at this election. I accept my share of responsibility for that, too.

We can’t expect forgiveness, but we can try and earn it. That’s the task that lies ahead.