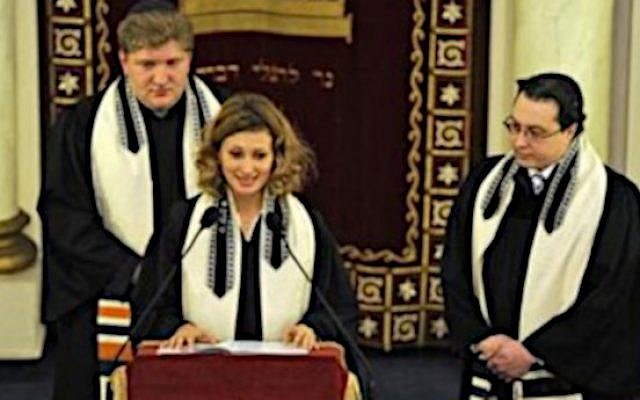 So often, content can only be understood by first being aware of and appreciating context. In fact, context is frequently dispositive and absolutely essential in order to have any inkling about content.

It is in this vein that I view Rabbi Yitzchak Blau’s new attack article against me. I have no idea what motivated Rabbi Blau to pen the article, I’m quite used to the rough and tumble world of online debate, and I don’t care if people assail my writings or even my persona; I just wonder why Rabbi Blau felt a need to launch his assault, and why he chose to do so now.

Since I have always considered Rabbi Blau to be a friend and a mensch, I will not respond in kind. Rather, I will reply to his claims factually and dispassionately. And I will provide context, without which the content is wholly incomprehensible.

The past several decades have witnessed the flourishing of Modern Orthodoxy as a dynamic and genuine force in the broader Orthodox/Torah world. Whereas half a century ago, Modern Orthodoxy was perhaps best known for religious laxity – be it mixed dances at Modern Orthodox synagogues, dismal minyan attendance, subpar Sabbath observance and kosher standards, lack of modesty in dress and conduct (we have all heard of Modern Orthodox co-ed programs and activities of yesteryear that were way too close for comfort), poor retention rates, and a general dearth of Torah knowledge – the trend has turned around, thank God, and Modern Orthodox commitment to Torah tradition has taken a steep upswing. Modern Orthodox youth fill batei midrash and shuls, learning Torah with passion and observing Halacha with precision like never before, as they are energized to serve their Creator and cleave to their heritage. (The less-committed segment of Modern Orthodoxy, which never advanced to full halachic observance, is often termed “MO Lite”; here is an important article about it.)

Furthermore, decades-old battles of historic import, such as the need for mechitza and reliable conversion standards, had been won. Practices which had once threatened to derail Modern Orthodoxy and blur it with the heterodox movements were long ago isolated and categorically ruled to be out of bounds.

With the relatively recent emergence of the Open Orthodox movement, the fundamentals of Modern Orthodoxy were again put to the test. Open Orthodox leaders introduced innovations identified with the heterodox denominations, such as feminizing and deleting parts of our liturgy, ordaining female clergy, diluting conversion standards, annulling marriage without the use of a Get, and even denying that the Torah is the direct Word of God to Moshe/redefining Revelation, and being open to intermarriage. Everything that had been accomplished was now being jeopardized in a most shocking manner, as Open Orthodox leadership sought to introduce their hair-raising innovations into Modern Orthodox institutions.

The threat was not posed by any one individual, but by a very media-savvy, aggressive and well-funded movement, whose success is largely attributable to preying on those whose Torah knowledge is quite weak.

For example, in the Modern Orthodox bastion of Teaneck, New Jersey, a rabbi affiliated with Open Orthodoxy recently hired a female rabbinic intern. The (Orthodox) Rabbinical Council of Bergen County (RCBC) thereupon resolved that its members, starting next year, may not hire female clergy. (The one-year grace period was provided out of courtesy to the above Open Orthodox-affiliated rabbi, who is an RCBC member.) Some members of the community thereupon mercilessly attacked and disparaged the RCBC for its decision, asserting that RCBC somehow does not have the right to set standards for membership. These people are attempting to pressure RCBC to cave in and cancel its new policy (and thereby accept the notion of female clergy within Orthodoxy) – a policy that conforms with the policy of the Rabbinical Council of America and the Orthodox Union, both of which have rejected the idea of female clergy. Please see this very important article about this matter.

There was no choice but to launch a grassroots informational campaign about the truth of Open Orthodoxy, in order to share with the Orthodox public the alarming extent to which the Open Orthodox denomination and its leadership veered from the path of Torah and were leading others on a trajectory of non-Orthodoxy, and how Open Orthodoxy was attempting to expand further and deeper into the Modern Orthodox nucleus of influence. With the close and ongoing advisement and encouragement of roshei yeshiva within Modern Orthodoxy, I (and others) began to expose the Open Orthodox denomination for what it is, in order to alert the Orthodox public. This entailed both addressing the many non-Orthodox innovations of Open Orthodoxy, as well as responding to the denomination’s numerous spokesmen in various fora. It was not something I enjoyed doing, it gained me no friends, and it sapped my time and energy, yet I knew that it was necessary, and the constant encouragement and advice of the above roshei yeshiva to “keep on writing” fueled my endeavor to continue my work. Whereas I of course would have preferred for rabbis in far greater positions of authority to carry this project forth, it was implied and at times even spelled out to me that those rabbis were basically muzzled by their employers and/or congregations and could not speak out. I received, and continue to receive, calls and emails from many within the highest rabbinic echelons of Modern Orthodoxy to push forth with my work, at times accompanied by comments such as “I’m not able to say anything myself, so you should please do it on behalf  of all of us.” (Quite sad.)

This is the context of my articles about the Open Orthodox denomination. I think it is quite revealing and explains comprehensively how it all came about and why it was done. There were no nefarious motivations, no honor was sought, and it was all carefully executed at the suggestion and close, ongoing counsel of leading roshei yeshiva and rabbis within Modern Orthodoxy.

One of the reasons I was surprised to read Rabbi Blau’s attack article is that I have actually not written much lately on the topic at hand; the frequency of my posts about Open Orthodoxy has dramatically decreased, as I sensed that the informational campaign had for the most part accomplished its goals, thank God. Rabbi Blau’s article thus struck me as mistimed – sort of like a brand new article by President Trump attacking Hillary Clinton and his other former campaign opponents; Rabbi Blau’s attack article was untimely, primarily addressing a thing of the past. I can only conjecture that Rabbi Blau was asked to write it in order to counter the impact of our recent open letter of RCA members, which in part relates to the incident in Teaneck.

I must note that in contrast with what Rabbi Blau writes, during the time that was I regularly penning articles about the threat of the Open Orthodox denomination, I published approximately 80 articles on Torah thought and about 40 articles on Talmudic and halachic topics (as well as 35 or so articles on political issues, posted in politically conservative media). These numerous Torah articles do not appear in Times of Israel, thus making Rabbi Blau’s careful scrutiny of my Times of Israel posting activity not too relevant.

I do not know why Rabbi Blau questioned my motivation and implied a negative or self-serving agenda on my part, nor do I know why people in Rabbi Blau’s circles have not really addressed the challenges posed by Open Orthodoxy. Or, to put it more clearly, I am puzzled as to why Rabbi Blau targeted me with a blistering personal attack for bringing to light some very problematic developments, even as he very strongly disapproved of my approach and sustained emphasis, rather than instead focus principally on the actual problematic developments, which have pretty much gone unchecked in his circles. (Again, I really don’t mind being attacked for my writings – I am used to it and expect it; I am even used to those who dislike what I write trying to harm my livelihood by contacting my employer about me, rather than substantively address the issues I raise. I just sensed that Rabbi Blau’s attack was quite oddly misplaced and mistimed.)

I am also curious as to why people in Rabbi Blau’s circles have not called out Rabbi Seth Farber for obsessively attacking the Israeli Chief Rabbinate, or fringe Orthodox leaders and groups for obsessively focusing on and promoting feminism.

And I am curious as to why people in those circles, who are in large measure former students of Rabbi Aharon Lichtenstein, of blessed memory, have not censured their many fellow students from Rabbi Lichtenstein’s yeshiva (Yeshivat Har Etzion) who later emerged as the leaders of the Open Orthodox denomination, forsaking their rebbe’s words about ordaining female clergy and innumerable other issues.

I conclude with warm feelings for Rabbi Blau, regardless of his words, and I ask that he take a step back and try to view the context and appreciate the larger picture.