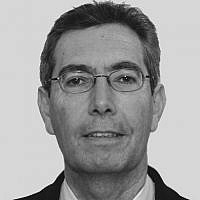 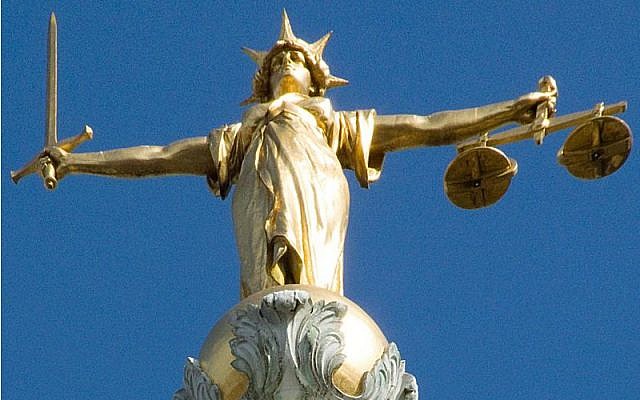 Twenty years ago, in April 1999, Jews sat down to their Pesach meal with an added cause to be thankful. Not only had the biblical Children of Israel been delivered safely from bondage in Egypt but a modern-day jury at the Old Bailey had just convicted a man of committing war crimes in the service of the Nazis.

Anthony Sawoniuk, a rail ticket collector from Bermondsey, was found guilty of two specimen charges of murdering Jews in his home town of Domachevo in what is now Belarus. He died in prison in 2005 and remains the only person to be convicted during the UK’s extensive war crimes investigations.

I had a sense of personal satisfaction at the jury’s verdict because, as the BBC Home Affairs Correspondent at the time, it was my report on TV News which persuaded the Attorney-General, John (later, Lord) Morris, to authorise charges.

Morris told me that he was being urged by Sawoniuk’s legal team to drop the case because he was suffering from a range of medical complaints. However, when the news report showed an apparently robust Sawoniuk lurching towards me with a threatening iron bar, the decision to charge suddenly became less contentious.

I had been on Sawoniuk’s trail for over two years, travelling to Domachevo, close to the Polish border, to seek out witnesses, among them Fedor Zan, who took me to the spot in a forest where he saw Sawoniuk mow down 15 Jewish women with a sub-machine gun. Sawoniuk denied knowing Zan, but they were at school together.

I also interviewed Alexander Baglay, who, as a 13-year-old, was made to watch as Sawoniuk ordered three Jews to strip by a freshly dug grave and then shot them.

The Old Bailey jury later went to the scene, the first time a British jury had gone abroad in a criminal trial. On a freezing February morning, press, jury and judge stood in deep snow and felt ghosts of the Holocaust all around us.

During his police interrogations, Sawoniuk lied repeatedly and in the courtroom he accused the witnesses of being part of a KGB inspired conspiracy, abetted by Scotland Yard.

One of the key testimonies came from Ben Zion Blustein, the only surviving Jew from Domachevo, who travelled from Israel to confront a man who “became a master of power, a lord, and I was a Jew who had taken away from him all rights to live”. It was these words which the judge, Mr Justice Potts, quoted as he sentenced Sawoniuk to life imprisonment.

Tempered with satisfaction at the conviction was – and remains – the frustration that there should have been more perpetrators called to account. Just before the jury returned its verdict against Sawoniuk, the Crown Prosecution Service released a briefing note which revealed, to my astonishment, that only those who had been in a position of ‘command’ had been considered for prosecution, adding: “Responsibility is also an important factor in deciding on… culpability.”

Pardon me? Where in the War Crimes Act does it state that? What about the Nuremberg precedent, that obeying orders is no defence? This condition, seemingly imposed arbitrarily, explains why other cases where the evidence was also strong were not taken to trial. The suspects were deemed mere ‘foot soldiers’ and not in command of anyone else.

I do not argue that some of these people should have been prosecuted. Rather, this is an argument about a lack of transparency.

The political battle to secure the passage of the War Crimes Act 1991 was one of the most bitterly-fought of recent times and over the course of some nine years, more than £11 million was spent investigating 376 suspects in England and Wales. Questions about the progress of investigations were asked periodically in Parliament. Yet only at the very end of that one single trial was the bombshell dropped about ‘command’ being a criterion for prosecution.

Before the war crimes era passes into history, I would ask: do we not deserve to be told more?