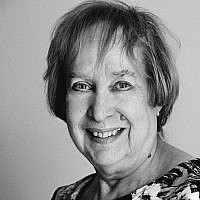 The Blogs
Doreen Berger
Apply for a Blog
Please note that the posts on The Blogs are contributed by third parties. The opinions, facts and any media content in them are presented solely by the authors, and neither The Times of Israel nor its partners assume any responsibility for them. Please contact us in case of abuse. In case of abuse,
Report this post.

The death this month of Blanche Lindo Blackwell [pictured below] at the age of 104 was widely reported in national newspapers.  Of course, when someone of that age passes away, she suffers from a grave disadvantage, so to speak.  All of her contemporaries have passed away and the friends and younger members of the family that remain only remember her as an old lady, a relic from another age.

I met Blanche when she was aged just under 100.  In fact, she was demanding to see me. Rumours of the Jewish ancestry of the Duchess of Cambridge, confirmed, it was thought, by the birth of little

Prince George in the Lindo Wing of St Mary’s Hospital, had led to my writing to The Times, explaining its Jewish history, and that Kate had no known relationship to the Lindo family or, indeed, any Jewish antecedents.

In 1938, Frank Charles Lindo had been so anxious to repay the care he had received from members of the nursing profession that he built a nurses’ home and private wing at St Mary’s Hospital, known as the Lindo Wing.  Blanche hailed from the Jamaican branch of the family, and she wanted to know more. 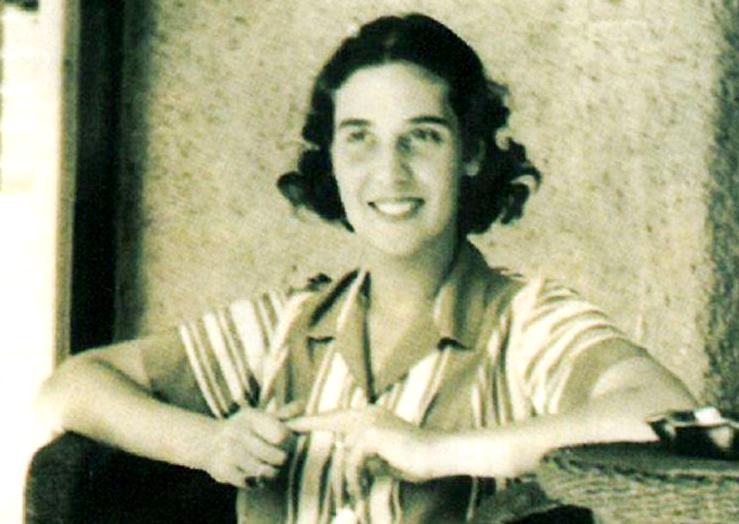 This was how I found myself ringing the bell nervously to her apartment in Belgravia’s Lowndes Square.  There, I found a sprightly elderly lady, with an engaging personality and warm smile.

She had a friend staying and we were served attentively by two devoted West Indian maids.

Explaining that she was a religious  Christian but very proud of being a Jew, Blanche saw no contradiction in this.

Her family had been baptised after the death of a young son from blackwater fever, the scourge of the tropics.

Blanchie, as she called herself, wanted me to research her English family, and invitations were extended with my husband for dinner
and a tea.  She was very fond of her computer, which had been adapted for her failing eyesight, and regaled us with amusing stories.

Born in Costa Rica in 1912, the second daughter and third child of two Lindo cousins, she had a wonderful time growing up in Jamaica.

Sent to boarding school, she was known as a rebel, and “finished” in Paris, the only West Indian debutante of the year 1933.

Her marriage to a member of the Crosse & Blackwell family ended in divorce, but her son was the owner of Island Records and the discoverer of Bob Marley, the reggae star.

She had acted as hostess to the rich and famous on the island and, indeed, to royalty.  Blanche was very good company but, the last time I was invited to tea in Lowndes Square, she had forgotten she
had invited me.

However, by then she had all the information on the English branch of her Sephardi family.  Isaac Lindo, born about 1638, had settled in London, becoming an Elder at Bevis Marks Synagogue.

It was David Abarbanel Lindo who performed Disraeli’s circumcision and it was Abigail Lindo, lexicographer, who was the only woman of her time to have publications in her own name.

It was Benjamin Lindo who supplied perfume to the royal family and Gabriel Lindo who was solicitor to the Sephardic congregation.

It was Blanche Lindo, however, who became the first and only honorary member of The Jewish Genealogical Society of Great Britain, at the age
of 100.

About the Author
Doreen is part of the Jewish Genealogical Society of Great Britain, and Joint Vice President and Chair of The Anglo-Jewish Special Interest Group
Related Topics
Related Posts
Comments