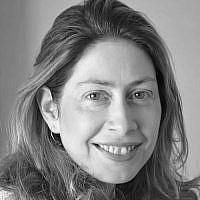 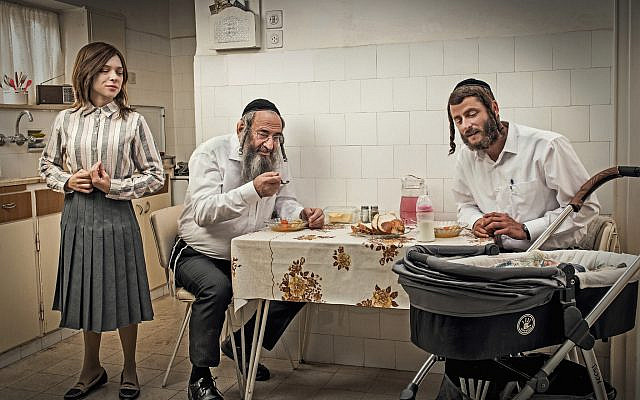 What has not been written about Shtisel, the excellent series written by Jonathan Indursky and Uri Alon? The great acting, the script, the directing, the atmosphere. The series has earned much praise in Israel and around the world. It provides a glimpse into the closed world of the ultra-Orthodox, evokes empathy and an understanding that these are human beings.

Then the corona pandemic happened and Shtisel’s third season aired in Israel during some of the nation’s worst days while at the same time, hatred and public anger grew towards the ultra-Orthodox population.

The question is, as we open up to the characters in Shtisel, are we as a society able to accommodate and accept the ultra-Orthodox in reality?

Expressions of hatred towards the ultra-Orthodox are currently skyrocketing. Some use physical force against them, or deny them medical treatment, others settle for a variety of curses and condemnations. The discourse is mostly violent and inflammatory. The anger is understandable and natural. It has been annoying and even outrageous, to see in the media the mass weddings, the refusal to close schools and Torah studies, the stubbornness and audacity of the ultra-Orthodox leaders to repeatedly violate the rules and regulations.

In truth, the problems are deeper and corona only exposed the tip of the iceberg. According to current demographic forecasts, it is estimated that by 2065, the percentage of the ultra-Orthodox in Israeli society will increase, and they will constitute one third of Israelis.

Regarding the defiant communities, despite the difficulty, a different approach is required. Ultra-Orthodox conduct must not be justified, but it must be acknowledged and responded to in nonviolent ways. The ultra-Orthodox live in overcrowded conditions that most of us do not recognize. Tiny apartments and families with many children. In addition, in these crowded apartments there are almost no technological devices. The ultra-Orthodox sector abstains from laptops, tablets, and computers of all kinds. With all the complaints about the addictive mobiles and devices, can any of us imagine the long days of closure without these devices? Finally, it must not be forgotten that the ultra-Orthodox live their lives around a number of sacred values, one of which and perhaps the first and most important is Torah study. For them, closing the Talmud Torah is indeed an unbearable decree.

True, they are not the only ones, even for parents from other sectors child education is a top value. For us, too, closing schools is one of the most difficult and frustrating decrees, and even computer and mobile owners are not happy with the learning processes in Zoom. Still, education as important as it is not equal to the value of Torah study in the ultra-Orthodox sector, and this must be kept in mind when we discuss this public.

It is important to clarify that there is no line of defense here for the conduct of the ultra-Orthodox and certainly not for the disregard for the directives and the separation from the state. The thoughts here are different. Precisely because these are difficult and serious problems and precisely these days, which are characterized by increasing polarization within Israeli society, one must act differently and deal with the ultra-Orthodox differently. Not by hatred and incitement, but with a willingness to accept even slightly the other side. The challenge is significant and not simple. It is time to mobilize the energy of hatred and turn it into a constructive force, to cooperate and find a way to regulate the place of the ultra-Orthodox in Israeli society.

How do we do that? How do we change a poisonous shrub that is taking root on both sides of the barricade? The following will relate mainly to the non-Haredi sector, the world from which the writer of these lines comes.

In the well-known essay Two Concepts of Freedom, the liberal pluralist thinker, Isaiah Berlin, distinguished between negative freedom and positive freedom. Negative freedom is freedom from restrictions, coercion, freedom as the absence of an obstacle. This is, according to Berlin, the freedom practiced in the liberal state, which seeks to reduce interference in the lives of its citizens. In contrast, positive freedom is the freedom to fulfill a worldview and its essence is self-realization. Man as the master of himself and as the one who controls his actions. Positive freedom does not mean reducing restrictions but choosing a way of life that leads to internal freedom, so external restrictions may in this view be the way to freedom itself.

The viewers of Shtisel know that at the center of the series is a lifestyle that draws its power from a solid and binding system of values. The sacred set of values ​​often hurts the lives and feelings of the protagonists of the series, but their commitment and faith are appreciative. The series led us to believe that contrary to the liberal position that the ultra-Orthodox are crowded in the ghettos and waiting for us to save them and give them a taste of freedom, many ultra-Orthodox adhere to the story of their lives by choice. In doing so, they apply the liberal principle of the possibility for each person to “write his own life story.” Moreover, in the “difficult” choice they make and in their commitment to their way of life, they choose the “positive” choice according to their worldview and in this sense may even criticize the outside world for them, the so-called prisoner, and their perception of “negative” freedom only.

Recognition of this different conception of freedom that lies at the depths of consciousness is important for the construction of the new discourse. It is impossible to justify the violation of state laws, but when we distinguish between the demonstrations on Balfour St., in front of the Prime Minister’s residence, and the opening of the Talmud Torah, we ignore the set of sacred values ​​laid at the feet of the violators of the law. We ignore the positive freedom that motivates different citizens to diverse and sometimes unusual and even forbidden actions. Perhaps with this understanding, familiarity with the various concepts of freedom can help prevent anger from turning into blind hatred.

Berlin, as is well known, warned of the destructive power of positive freedom, and clung to negative choice as the power of the pluralistic liberal state. Indeed, one must also beware of the extreme aspect of positive freedom, one must not let group values ​​and self-realization become a sacred trophy that allows harm to the public beyond the barrier, harm to the minority.

This is the place of public policy that will lead to effective and efficient regulation of the ultra-Orthodox status in the country. Before that, one must refine the assumptions and, as mentioned, be careful of the blurring between anger and hatred, between vigorous action and change, and between war.

Let’s go back to Shtisel, the series that opened hearts and presented the ultra-Orthodox in a different light. The series has a twin, but not identical. The miniseries Autonomies was not a success and not many watched it. Autonomies imagines an apocalyptic alternative reality in which the ultra-Orthodox detach from the State of Israel and Jerusalem becomes the capital of an ultra-Orthodox autonomous state. This state is Yiddish-speaking and is run by rabbis alongside the State of Israel in complete enmity between the two governmental entities and their citizens.

The series describes relationships of hatred, complete separation, and disconnection. Some will say that this is desirable and complete disengagement is the solution, but as the series implies, disengagement is not possible, the borders are too close and thin, and most importantly, we do not need another war. Therefore, and to avoid the horror scenario of a civil war, a new discourse and a new public policy must be adopted, a discourse and policy that will replace hatred with rationality and aim for a better and more just future for all citizens of the State of Israel.