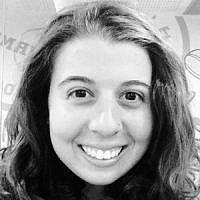 The Blogs
Brittany Barnett
Apply for a Blog
Advertisement
Please note that the posts on The Blogs are contributed by third parties. The opinions, facts and any media content in them are presented solely by the authors, and neither The Times of Israel nor its partners assume any responsibility for them. Please contact us in case of abuse. In case of abuse,
Report this post.

Unless you’ve been living under a rock, you probably know that Pope Francis has arrived in the United States. After his address to Congress, journalists and political commentators respectfully discussed his stances on immigration, climate change and wealth inequality. The Pope’s message of hope and love resonated across the political spectrum and his calls for healing and hope extended beyond the Catholic community. The contrast between the presidential election national debates about immigration– which approach levels of spectacle in their corrosive divisiveness—and the Pope’s dignified challenge to elevate our dialogue and work towards solving issues is striking.

Instead of sowing discord, the Pope reminds us all of our collective responsibility to strive for a more just society by preaching through both words and action.  We have great wordsmiths in the Jewish world, but no one’s actions command the same symbolic weight.  Pope Francis looks beyond the walls of the Vatican to scrutinize the actions of the world entire.  When he washes the feet of a poor person, he acts not only on behalf of Catholics everywhere, but for all those who wish for a better world.  None, with the exception of perhaps The Dalai Lama, garner such levels of prestige and respect.

If only the Jews had a similar spokesperson. Our most esteemed moral voice, Chief Rabbi Lord Dr. Jonathan Sacks, is also well-known outside of the Jewish community. His message of love and collective responsibility echo across the Jewish world, but clearly Chief Rabbi Sacks cannot command the same level of celebrity as the Pope.  Rabbi Sacks does not dramatically influence world leaders or shape public dialogue to the same extent, and I eagerly anticipate the day when Rabbi Sacks is extended an invitation to speak before Congress and the United Nations, or better yet becomes a trending topic on Facebook.

In the meantime; however, the Jewish people lack a moral high voice that reflects our values of collective responsibility, dignity and unity. We need a representative that stresses the ties between the Jewish people and the rest of the world, one whom highlights the importance of Tzedakah, charity, and Chesed, loving-kindness. Instead, the only Jewish person that is invited to speak before Congress and the United Nations– the most well-known Jew in the world today, whether we agree with his policies or not– is Bibi Netanyahu; a politician associated more with influential lobbyist groups than hope and dignity.

Naturally, Israel’s head of state would be quite well-known, and I understand that serving as Prime Minister of the State of Israel comes with far more controversy than holding the position of The Holy See– I am not taking a political stance here. But why hasn’t a prominent Jewish voice calling for peace and justice addressed Congress? Certainly, Elie Wiesel possesses similar moral weight to the Pope, but as he grows older he can no longer play the same public role. It’s worth asking why there hasn’t been a Jew that’s been featured in New York Times opinion articles, one that has united politicians the world over by, not despite, taking stances on controversial issues.  We need to question what kind of people we rally around and whose opinion on what issues we broadcast through our Facebook statuses.  Most importantly, we need to ask ourselves the following: why are the Jewish people becoming more well-known for their lobbying than for their benevolence and kindness, characteristics that have defined the Jewish people for centuries?

Discussing and debating Israel’s policies is certainly healthy and intrinsically tied to our Jewish identity, and seeking to ensure the safety and security of Israel is necessary. But it’s a problem that politicians speak at Catholic charities when they want to communicate with Catholics, and at AIPAC events when they want to influence Jews. We should all be concerned with the fact that being Jewish today is increasingly associated with lobbying on Israel’s behalf than on looking outward at the problems that plague the world and trying to fix them.  Taking a political stance is important, but it should not be the be-all and end-all of our Jewish identity. Being Jewish has always meant taking a moral stand. The Jewish people need to speak more about hope, healing and shared responsibility– values that we hold especially dear this time of year, the Jewish High Holy Days. As Jews, we have a responsibility to serve as an “Ohr L’Goyim”, a Light unto the Nations.  I hope that we use the opportunity of the Pope’s visit to internalize our own need to share this light with others.

About the Author
Brittany Barnett is a proud Texan and student at New York University.
Comments