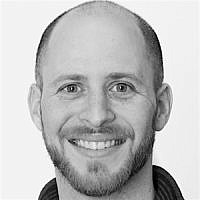 The Blogs
Justin Ellis
The messenger is as important as the message
Apply for a Blog
Advertisement
Please note that the posts on The Blogs are contributed by third parties. The opinions, facts and any media content in them are presented solely by the authors, and neither The Times of Israel nor its partners assume any responsibility for them. Please contact us in case of abuse. In case of abuse,
Report this post. 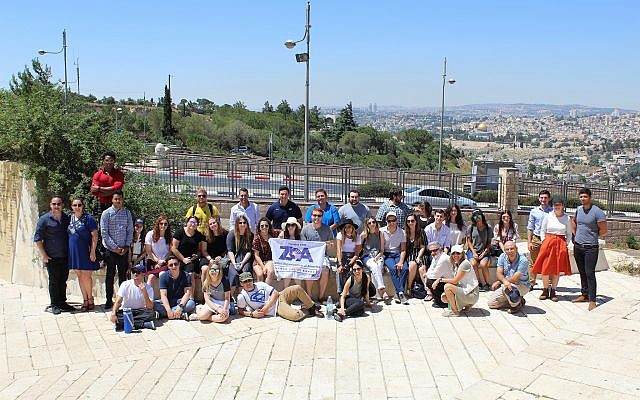 I fell in love with Israel when I lived there after college, but the deepest love for my land, people and history came, and remains, when helping others establish their own relationship with it.

Birthright offered that when I staffed two trips in 2013 and I can honestly say those experiences served as the catalyst for my career as an Israel educator. I met Jews from across the country with different backgrounds, experiences, lifestyles and perspectives who were looking to discover and connect with their heritage just as I once did. The program accomplishes that goal incredibly well.

In the recent aftermath of Birthright participants walking off their trip because it didn’t provide the “Palestinian narrative” or paint the “whole story” surrounding the Arab-Israeli conflict, a conversation has emerged as to whether Birthright should provide a greater geopolitical focus. I believe doing so would be a huge mistake. 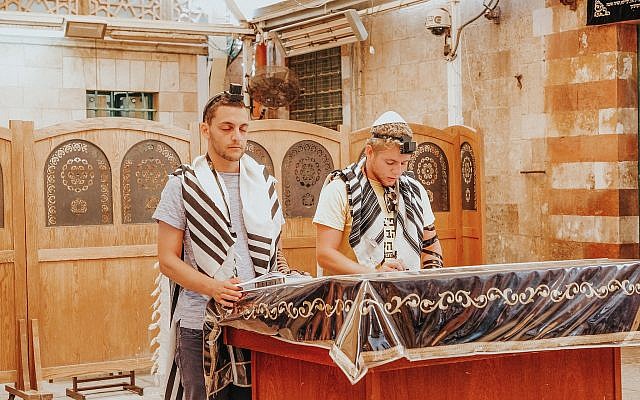 Participants Tal S. and Avi B. daven in the Cave of the Patriarchs and Matriarchs in Hebron. (Mara Friedman)

Birthright is geared toward novice Israel travelers, many of whom don’t even know the most basic facts such as the country’s system of government or demography. Covering thousands of years of history in 10 days is difficult enough already without also throwing in deep, political complexity. Israelis and Palestinians are not defined by the conflict and such a notion deserves rejection, not reinforcement. And, most importantly, this trip is meant to unite Jews in their commonality, not divide them by their differences.

That’s not to say there shouldn’t be an outlet for those genuinely seeking to learn about the conflict and have real discussions about it. As Hebron community spokesperson Yishai Fleisher wrote in his piece regarding the walkouts, the organized American Jewish community has neglected to talk about the Jewish connection to Judea and Samaria, our deep struggle for national liberation, and the Palestinian question. These conversations are rare and often dismissed or only half-heartedly addressed when they arise. It should be no surprise then that growing numbers of young Jews are confused by what’s going on in Israel. The fact that many want to honestly engage is a positive; now it’s up to the community leadership to provide it.

This past month I had the opportunity to provide one such experience and perspective on these issues when I staffed the Zionist Organization of America’s Student Leadership Mission to Israel. During those 14 days I got to know 32 incredible student leaders – Jews and non-Jews – from across the United States who arrived with the explicit purpose of immersing themselves in the reality and complexity between the river and the sea. 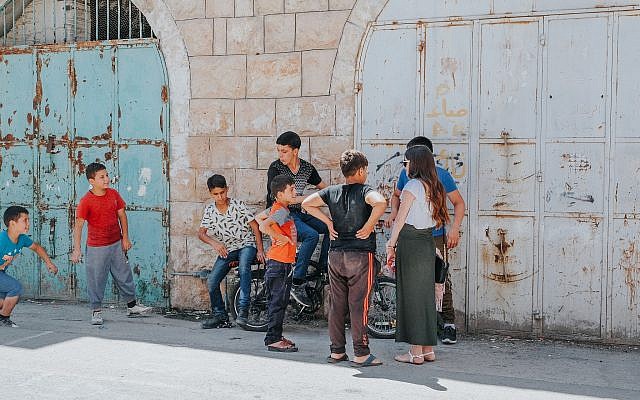 Unlike many organized Israel trips, and especially those designed for college students, we spent much of our time in Judea and Samaria to see, feel and touch the land of Israel, and understand the Jewish people’s connection to it. We traveled to Tel Shiloh, which served as the home of the mishkan and spiritual center of the people of Israel over 3,000 years ago. We went on a guided tour of Hebron and davened together inside the Cave of the Patriarchs and Matriarchs. In Jerusalem, we ascended the Temple Mount, the Jewish center of the world whose divine presence hosted the binding of Isaac and the First and Second Temples. There we experienced an incident that defines much of the conflict itself – the denial of Jewish right or connection to the site and the land it sits upon. We witnessed Jews escorted out simply for exercising equal right to prayer, which the controlling Islamic waqf prohibits for non-Muslims.

Our journey on the ZOA Mission also addressed many of the events that led to the reconstitution of Jewish sovereignty throughout the land. Visiting the Palmach Museum, participants learned about the legacy of the Haganah’s strike force, whose ethos and membership would later become the backbone of the IDF. At Atlit, we visited the concentration camp-style facility where the British detained Jewish refugees and their supporters who defied immigration restrictions and the Royal Navy’s blockade during and after World War II. In Kfar Etzion, we learned about the grit, determination and tragic end of community members who held out during the Arab siege of Jerusalem in 1948, only to be slaughtered by Jordan’s Arab Legion; poetically it was their orphaned children who would return to their homes two decades later to bring life to what had been destroyed. We experienced a walk-through of Jerusalem’s Ammunition Hill, one of the most pivotal and brutal battle sites of the Six Day War, to understand the skirmishes that led to a reunited capital. 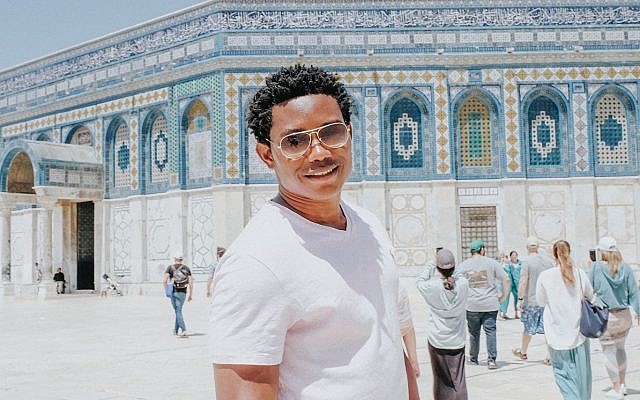 Truly appreciating any place on earth requires engaging with the spectrum of people who live there, and Israel is no exception. These human moments were perhaps some of the most powerful in our two weeks because they paradoxically confirmed Israel’s unity and division among the population. It required participants to deliberate and wrestle with issues too many of their contemporaries are unable or unwilling to discuss among themselves or with those directly impacted.

We spoke with Ariel University students about what it means for Israel to be a Jewish state; an Aramaic man about his fight for greater recognition and integration in Israeli society; elementary school teachers in Sderot about what it’s like gathering their students in bomb shelters; Knesset members about the consequences of a one-state or two-state solution; Palestinian workers about their ambitions for their families and the Palestinian people; a man who was evacuated as a child from Gush Katif during Israel’s 2005 withdrawal from Gaza; Jews and Arabs about whether they have an obligation to publicly denounce political violence committed in their names; and a mayor who’s struggling and succeeding to build bridges with a nearby Palestinian village. 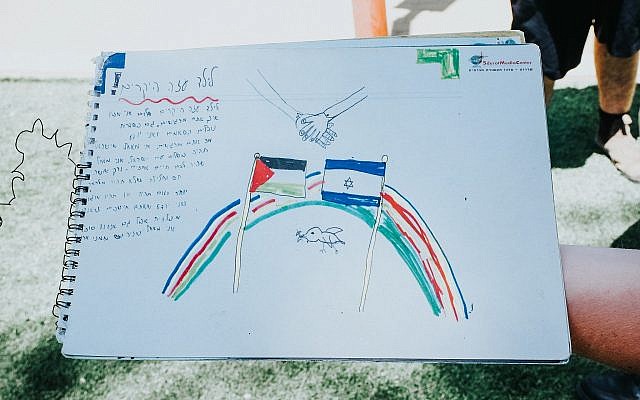 A letter of peace and solidarity from a child in Sderot to a child in Gaza. Courtesy of the Sderot Media Center. (Mara Friedman)

Israel is complicated. All real things worth fighting for are. In times such as these, when our hyper-polarized politics is only matched by our inability to have civil discourse, we are obligated more than ever to ensure that this generation has the opportunity to explore these issues as we did on the ZOA Mission. Because if we don’t, someone else will provide it. And their intentions might not be so noble.

About the Author
Justin Ellis is the Executive Director of Fuel For Truth, a non-profit organization that prepares young leaders to have today's difficult conversations about the Israeli-Palestinian conflict.
Related Topics
Related Posts
Comments