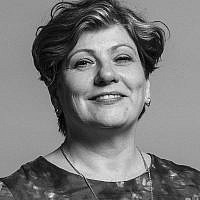 The Blogs
Emily Thornberry
Apply for a Blog
Please note that the posts on The Blogs are contributed by third parties. The opinions, facts and any media content in them are presented solely by the authors, and neither The Times of Israel nor its partners assume any responsibility for them. Please contact us in case of abuse. In case of abuse,
Report this post. 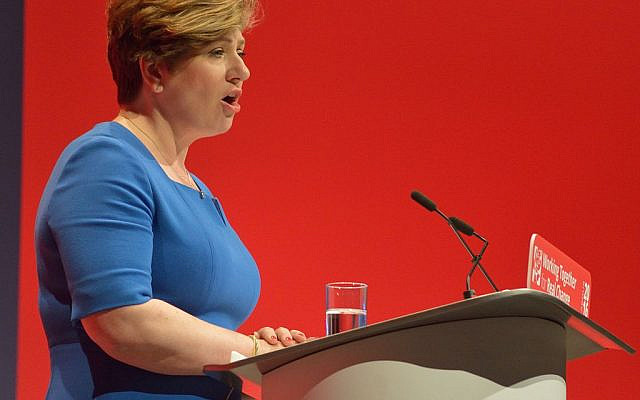 When an expert looks into a problem you have – whether it’s a doctor, a mechanic, or a plumber – you take their advice and follow it without thinking twice.

So when the Board of Deputies, the Jewish Labour Movement (JLM), and imminently the Equalities and Human Rights Commission give the Labour Party specific recommendations about how we need to root out the poison of antisemitism from our movement, our starting point must not be to dispute their proposals but ensure every single one is implemented unless we can rationally explain why not.

If I’m elected Labour leader, I hope there will be very few recommendations we can’t take on. But as a veteran of the bitter struggle inside the Shadow Cabinet to get us to endorse the IHRA (International Holocaust Remembrance Alliance) definition of antisemitism, and all its examples, I know how hard these fights can be.

However, even that didn’t prepare me for the battle I had over Labour’s 2019 manifesto, where the advisers around Jeremy Corbyn proposed to amend the language we had used in the 2017 version to remove the condemnation of rocket and terror attacks by Palestinian groups against Israel, while rightly continuing to condemn the illegal occupation of Palestinian land and the blockade of Gaza.

When I repeatedly complained that this was utterly unacceptable, I was told by Jeremy’s office that they thought this was “very balanced considering the considerable imbalance in the conflict”.

Disgustingly, attacks on Israeli civilians were being deliberately dismissed in a way that would never have been tolerated of attacks on any civilians in any other country around the world.

At Labour’s Clause V meeting to agree the manifesto, I finally won the argument, and succeeded in reverting the proposed text to the 2017 language, but the whole process left me deeply disturbed at the mentality of the advisers around Jeremy.

And to answer what I call the Dan Hodges question – why did you not simply resign in protest at what you saw and experienced – I can only answer that it was because of moments like that, where I wanted a Shadow Foreign Secretary in place to fight and ultimately win these arguments.

As for Jeremy, based on his reaction at the meeting, I think he knew nothing about the row, even though his advisers had invoked his name several times beforehand when pressuring me to drop my objections, something I believe they frequently did without his knowledge.

If I was leader, I would simply not have that. Instead, driving antisemitism out of Labour would be my most urgent and immediate priority. No more suspensions, training sessions, or forgiveness, I would just kick these scumbags out of our party, the way we should have done long before now. 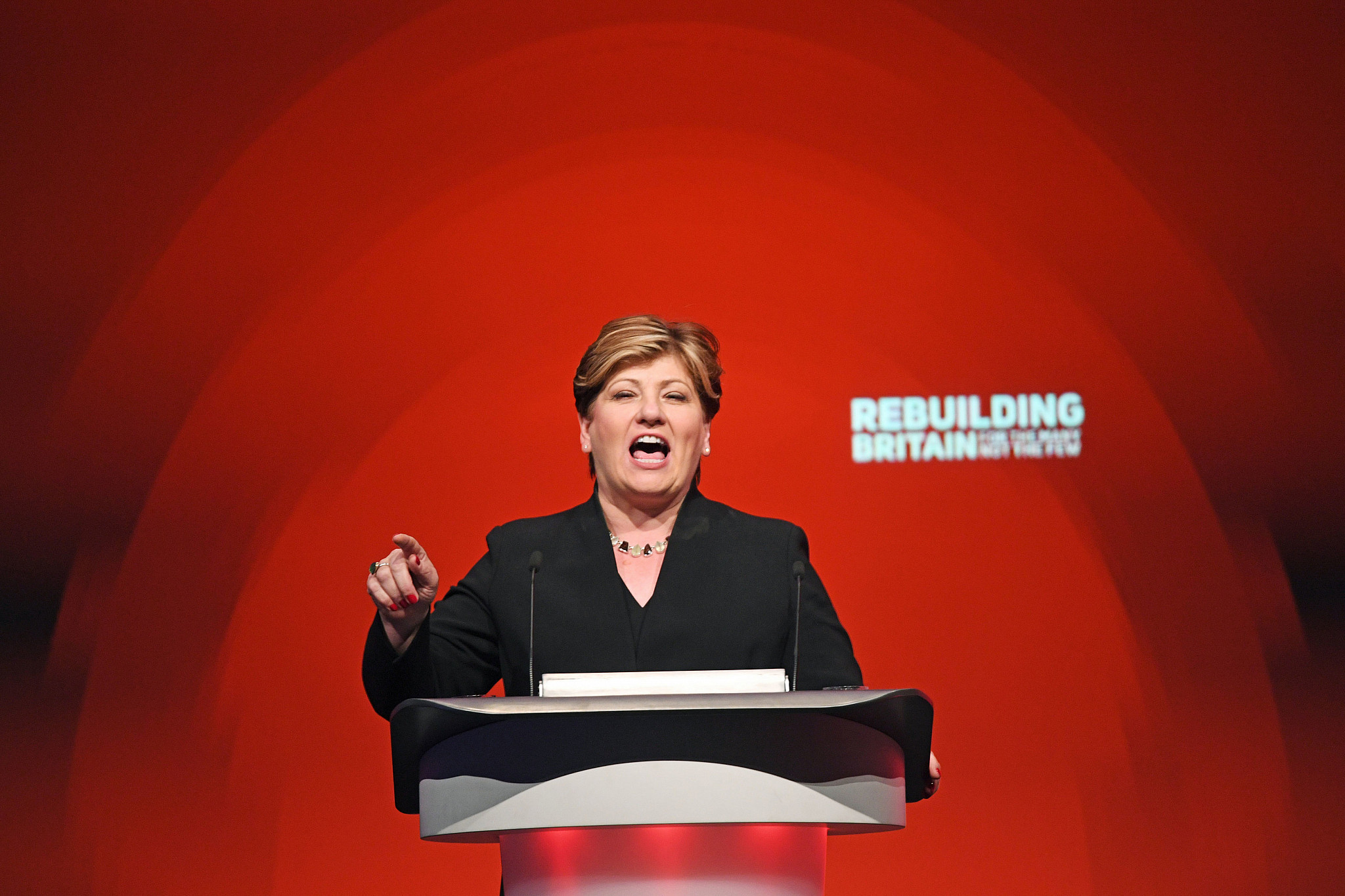 I stood up for the Foreign Policy debate at our party conference in 2018 in Liverpool, following two anti-Israeli speeches by delegates, with a sea of Palestinian flags being waved in response, and a BBC journalist who had the draft of my speech said to one of my team: ‘She can’t say all this now.’

But I got up on that stage and said loud and clear that you could criticise the Israeli government all you want, especially Netanyahu’s, but if you use that as a cloak for your despicable hatred of Jewish people or your desire to destroy the state of Israel, then you have to be kicked out of our party. And that is exactly the attitude I’d take as leader.

In practical terms, we need to act on the recommendations from the EHRC, the JLM and the BOD. And if he’s still willing to do so, I’d ask Charlie Falconer to lead on all those changes, as well as examining our own internal procedures himself. 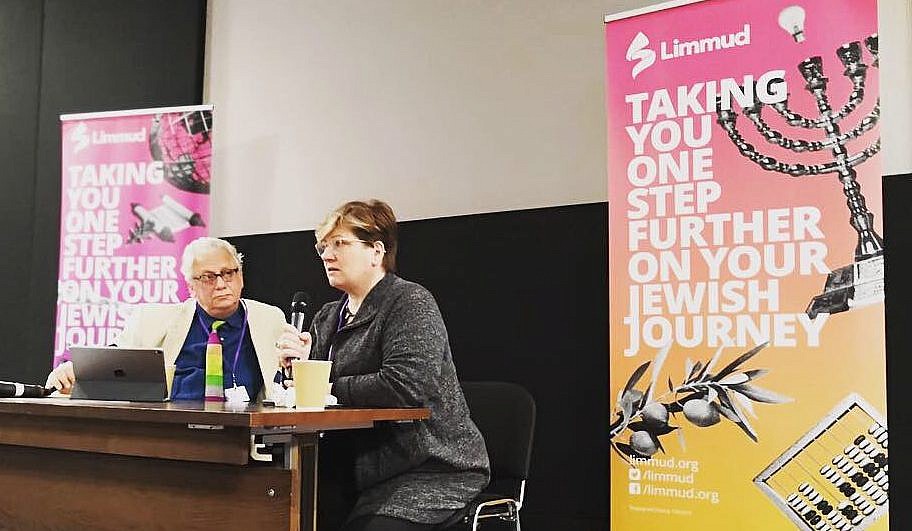 But we also need Labour’s new leader to call this evil out whenever we see it, and lead from the front in taking it on. I’ve done that myself, reporting many so-called Labour members who’ve repeated antisemitic tropes, and standing up against the online hate mobs attacking Jewish people simply for standing up against prejudice.

But ultimately, we have a long, long road to rebuild trust with the Jewish community. We need to start by apologising to our Jewish brothers and sisters for the hurt and fear that they’ve been caused at the hands of the sickening, despicable people who call themselves part of the Labour movement but betray our party’s values and history with their every insidious remark.

Then we need to get down on our hands and knees to the Jewish community and ask them for forgiveness and a fresh start. I know that this will be a long road, but we need to take the first step, and prove that we mean it.

I hope I can lead us on that path.

About the Author
Emily Thornberry is an MP in the UK, and serves as the Labour Party's Shadow Secretary of State for Foreign and Commonwealth Affairs
Related Topics
Related Posts
Comments