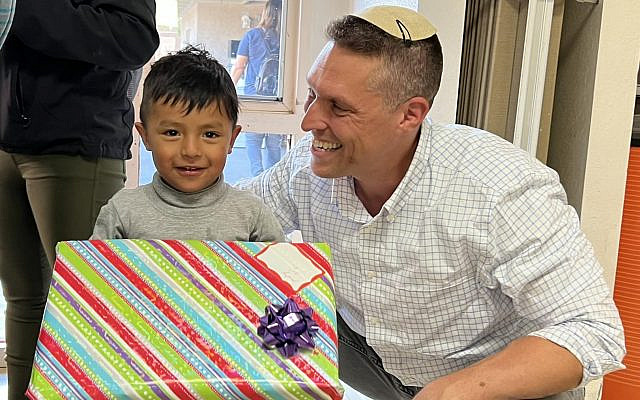 Rabbi Shmuly Yanklowitz with an asylum-seeking child recently removed from ICE detention, who was fortunate enough to have his parents with him.

For children who require foster care, all of life is an unimaginable challenge. Their immediate families, for one reason or another, have failed them, leaving them to rely on the kindness of strangers in a system that, despite all its efforts, leaves those who age out of the system at 18 with a high likelihood of ending up unhoused, imprisoned or a victim of human trafficking.

Imagine, now, being someone this vulnerable, losing all government support as a teenager — and having the additional challenge of being an undocumented immigrant, which makes it all the more difficult to find work, education and basic life stability. This situation is more common than one might think, as migrant children who cross the border unaccompanied, and who have no family in the country, are placed into this difficult system.

According to the AP, there were “69,550 migrant children held in U.S. government custody” in 2019, and KHOU news in Houston reports that “at least 15% of children will need a foster parent in order to be released from federal immigration facilities,” and that around 85% of children do have a family member that can be located and is willing to support.

Of course, we entirely reject policies of family separation, and unaccompanied migrant children should enter the foster system only to be cared for until their families can be found. However, in the cases where we must use this last resort, we must do it responsibly.

“As it stands, the system into which they enter largely functions as a law enforcement agency, not a child welfare agency,” Swathi Kella wrote in the Harvard Political Review. “If it is to care for the children under its wings, the United States government must ensure that they are protected and placed in an environment that is conducive to their health, safety and growth.”

And as a society we expect these children, lacking family support past and present, to then be on their own in a world in which they can be deported, denied a job and refused in-state college tuition, all as they do whatever they can to work toward a better life. This dual problem, for young people who need to navigate the complexities of both the foster-care and immigration systems at once, should be seen as an affront to their fundamental human dignity.

As Jews, having been forced into strange lands — often without our families — by the Holocaust, pogroms, and other persecutions all throughout our history, we should know just how crucial it is to get undocumented foster children on solid footing and living the lives they are worthy of here in this country. As people who have largely benefited from what America, despite all its failings to Jews and others, has done for us, the very least we can do is try to pass our blessings on to the next generations. In addition to our history, our Torah mandates that we prioritize the welfare of vulnerable children. In the Book of Jeremiah, God says in judgement of the Israelites:

They pass beyond the bounds of wickedness,

They will not judge the case of the vulnerable child,

Nor give a hearing to the plea of the needy. (Jeremiah 5:29) 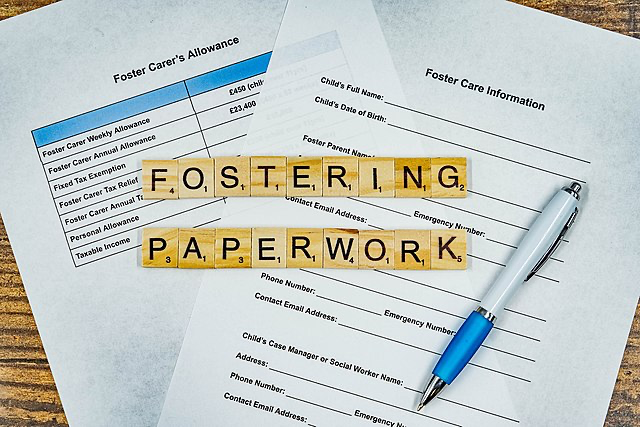 Based on my experience fostering children, assisting others who become foster parents and advocating for children in the foster-care system and living near the border and working daily on humanitarian relief for migrants, I have three primary policy prescriptions:

We must understand that, however the children and young adults from the foster system got to where they are, these individuals are victims. They have been separated from their biological families due to abuse, neglect or other circumstances, and they deserve not our pity but our wholehearted efforts of support. While caring for one child at a time can often be life-saving, we have a duty to also improve the larger process.