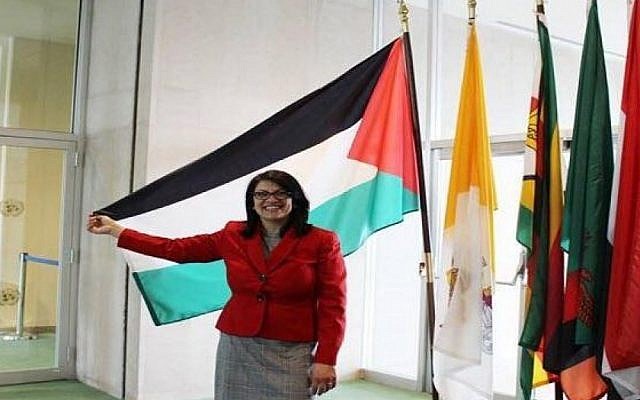 The colloquialism “Let the pitch go by” originates in baseball. It refers to a hittable pitch that is passed up by a batter who assumes an even better pitch will come soon. The phrase is extended to situations outside of baseball to refer to passing on easy successes. At times it is better to pass up on an easy victory and wait for an even bigger win in the wait. When it comes to the anti-semitism of Congresspeople Tlaib, Omar and Johnson, it’s best that we let the pitch go by.

Someone who opposes Israel’s policies or advocates positions harmful to Israel isn’t necessarily an anti-semite, (although many anti-semites mask their hatred in anti-Israel rhetoric). For years many in the Pro-Israel community “cried anti-semitic wolf” when President Obama took actions that were harmful to Israel. These claims clouded the true issue with President Obama’s positions on Israel and made it harder for Americans to take our community seriously when we call out true anti-semites. Contrary to their defenders’ claims, it is clear that Representatives Rashida Tlaib, Ilhan Omar and Hank Johnson are anti-semites. Tlaib recently questioned Jews’ loyalty to America, Omar has said that “Israel has hypnotized the world,” and Johnson called Jews “termites.” These are well known anti-semitic canards.

Deep in every Jew’s kishkes is the need to answer anti-semitism. Jews were quiet in the face of Hitler and can not risk that mistake again. With anti-semites entering America’s highest government positions, the Jewish community must act as the canaries in the mine and call out the danger. Their anti-semitism also provides the Pro-Israel community the opportunity to explain why they’re wrong and why Israel deserves full American support.

Although Tlaib, Omar and Johnson’s remarks deserve a response, the Pro-Israel and Jewish community (remember when those were the same?) should ignore them. By answering their remarks their statements gain legitimacy. Jonathan Greenberg wrote, “Engaging with [Tlaib] is a waste. You won’t change her behavior one bit and she’ll use the engagement to protect herself.” Public anti-semitic remarks by elected officials don’t only stem from hate; they’re inherently stupid, and only foolish people get caught making them. Johnson’s stupidity has shown itself with his infamous Guam hearing and M-word speeches, Omar has called herself the first refugee (she isn’t by far) and Tlaib embarrassed herself by using obscene profanity in front of children. The Pro-Israel community doesn’t need to highlight how embarrassing these three are, they’re doing a fine job themselves, and will continue without anyone’s help.

Those who disagree with my opinion claim that these three are the new voice of the Democratic party and must be called out before their views spread. Congressman Eliot Engel told Jewish Insider’s Jacob Kornbluh “Look, it might not be [like] in the past where you had 99 percent of everybody agreeing with Israel… but it’s still gonna be an overwhelming majority of both parties agreeing that U.S. support of Israel is important. So, I’m not too worried.”

I understand the fear of ignoring anti-semitism, but still believe that it better serves the Pro-Israel community to let Tlaib, Omar and Johnson demonstrate their extremism and ineptitude without the Pro-Israel community amplifying their voices through its own platforms. We must let the pitch go by and wait patiently for the better pitch — these three anti-semitic members of Congress demonstrating on their own how extreme and non-mainstream they are — is sure to come.