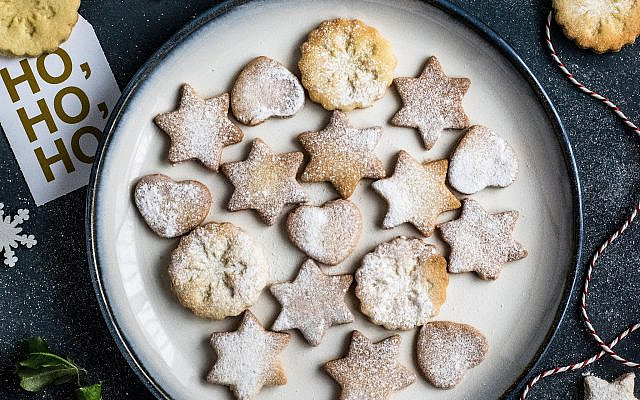 We were robbed. Returning home from a weekend in Tel Aviv, we noticed that the lights were on in our house when we knew we had turned everything off before leaving. It didn’t take long to realize why. Our rooms were ransacked. Our shutters were popped, the floor-to-ceiling window leading out to the porch wide open. We called the cops, and did our best not to touch anything while we waited. Our kids were panicking.

Soon, two police officers drove up, surveyed the premises, asked questions, and told us that incidents like these are, unfortunately, becoming more and more common in our neighborhood. They helped calm my kids, told them they are safe, that the people who did it left and only took our things, not our health.

The senior officer’s name was Shadi, and he was a non-Jewish Arab Israeli.

In Tel Aviv just a day earlier we had to rush our son to an emergency medical clinic at 3pm on a Friday. The woman sitting at the welcome desk? The nurse who admitted us? Neither of them Jewish. My mother, who has been visiting us for a month, took a cab ride down to Tel Aviv with a young driver from Nazareth, also Arab, of whom she asked: how does it feel to live in Israel? “I wouldn’t trade it for any of the other Arab countries around us,” he responded, “Life is much worse there for people like me. But it isn’t easy here. We get 30% of what a Jew gets in this country, because we are Arab.”

While he may be off by a few percentage points in terms of the allocation of the public budget, he was generous about the extent to which we in Israel, and we the Jewish People, include our fellow citizens and residents — our Shadis and Fatimas and Muhammads — in how we define ourselves today. The modern story we tell ourselves about Israel separates us from the people who live among us, in whom we entrust our lives and the lives of our loved ones. Who entrust their lives to us in return.

The modern story we tell ourselves about Israel separates us from the people who live among us, in whom we entrust our lives and the lives of our loved ones.

Calling on Israel to build a new, more inclusive story to ensure that the non-Jews who live among us have the opportunity to feel a sense of belonging, to feel included, is not a radical idea. From the moment we become a People in the book of Exodus, it is drilled into us: “You shall not oppress a stranger, for you know the feelings of the stranger, having yourselves been strangers in the land of Egypt.” This sentiment is repeated again and again, so that we never forget. We’ve been a mixed multitude from the very beginning.

For all of the recent verbal and physical violence incited by the Ultra-Orthodox and National Religious leadership in Israel, supposedly to defend Torah values, we have yet to see them work to ensure our State embodies this Torah commandment. While they fight to keep control of Kashrut, the Torah reminds us week after week that we must welcome the stranger, that we must treat non-Jews with equal respect and dignity. That we must ensure they are loved and treated and supported as we love and treat and support ourselves.

From the moment we become a People in the book of Exodus, it is drilled into us: “You shall not oppress a stranger, for you know the feelings of the stranger, having yourselves been strangers in the land of Egypt.”

It should be noted that including non-Jews in the narrative of a Jewish State is not impossible, either. There are dozens of nations who have a clear, dominant identity literally stitched onto their flag, yet who have managed to include minorities in their national identity.

The United Kingdom, for example, expelled the Jews in 1290 only to readmit them in 1664, and the UK remains a Christian country whose head of State is also the head of its Church. Nearly every European flag features the Cross, and that does not deter Jews from openly and strongly identifying as British, Swedish, and even German and Spanish. Despite the Nakba caused by the founding of the United States of America, Canada, and Australia, Native North Americans and Aboriginals have become ever more integrated into these Anglo-countries’ national identities. This was a conscious process, still ongoing, that began with public acknowledgment of responsibility for the pain caused by the nations’ birth. This process continues today with national efforts to better integrate the progeny of those who lived in the land before the establishment of a state.

We now have a government with thoughtful religious leaders, brave enough to challenge the Rabbinate for the good of Judaism in the Land of Israel. We have a prime minister guided by his love of our People and our history and directed by the commandments, and a prime minister in waiting who is an excellent storyteller, who understands the power of narrative. We have the leader of a proudly Arab political party telling his electorate that “The question is not about the state’s identity,” which will remain Jewish at its core, “but what the status of Arab citizens will be in it.” We have a large and growing Christian community that is ever more satisfied with their lives in Israel. We have also woken up to the waves of violence that have buffeted our non-Jewish communities in Israel for too long, as collective hopelessness led to gang purposefulness.

It is time for our Government of Change to strengthen our cohesion by addressing the internal violence and the feeling of rejection from the core Israeli narrative. It is time we recognize that the millions of citizens who self-define as Arab may never feel comfortable as Israelis until they have a story to root their belonging.

Several wonderful organizations working to build stronger ties between Israel’s Jewish and non-Jewish populations, such as the Abraham Initiative and Living Together. Let’s strengthen their efforts by adopting a national narrative that presents a shared vision for the future. We need our story to reflect the prophetic vision that inspired us throughout our time in exile, one that inspires all Israelis of all origins to find meaning and purpose amongst the mixed multitude of modern Israel.

We need our story to reflect the prophetic vision that inspired us throughout our time in exile, one that inspires all Israelis of all origins to find meaning and purpose amongst the mixed multitude of modern Israel.

Officer Shadi showed my family — and undoubtedly many other Jewish families – care, compassion, and concern in our time of vulnerability. His kindness and service made a painful experience a little easier, a little less frightening, and a lot more thought-provoking. We owe him, and all of the non-Jewish members of our society, so much more than the bare minimum. It is time we engage in a public, thoughtful, rooted, value-based national conversation about what it means to live out the commandment: “The stranger who resides with you shall be to you as one of your citizens; you shall love him as yourself, for you were strangers in the land of Egypt.”