Darcy Howard is a 16-year-old student from Bowral who has a passion for agriculture and enjoys spending time on his grandparent’s farm in NSW. He has many friends from the farming community whose families are gripped by depression and suicidal thoughts as a result of the drought: “I’d say a lot of people are thinking they can’t keep going when there is no rain”.

It felt natural for Darcy to write a poem for an English assignment. In it he writes with passion and sensitivity about the mental battle faced by a rising number of farmers and their families. This is an excerpt from his moving poem:

He had nearly had enough of this life upon the land,

His bore had all but given up and the water trucks were banned,

he had no big dams left they had all turned into a puddle,

and his stock were dying left, right and centre, he knew there’d soon be trouble.

He was trucking in hay from interstate, and buying wheat from Britain,

As he plans for his suicide, this farmer comes across a neighbour Bruce, who had just killed himself leaving a note:

‘To whoever finds this little poem first, I have to apologise,

but I will pray for you, from the highest heights of the skies.

My wife just upped and left me with a child to care for,

she’s been gone for about a month now, and I couldn’t do it anymore.

My property’s been in the family since back in 1876,

and now I’m in so much debt, it’s too much for me to fix.

Will you see that my little son grows up with a happy, loving face,

and that one day he returns, to his rightful place.

I have to say I’m sorry, to my little boy,

I know that this is not the answer, but at the moment it’s all I can employ.

The bank won’t give me another loan, and your mother’s taken my money,

this life I’m living at the moment, nothing is ever funny.

I’ve been shooting sheep every day, for they are too poor to survive

and I can’t afford hay to feed, and the bores are in overdrive.

This life is tough upon the land, but don’t let it ever get you down…

The old gum tree on Jim’s creek road will be my final resting place,

I wish you the best my son, I hope you win your race.

Look after our property, with all that you can muster,

and never do what I have done, my beautiful little buster’.

He wept the tears from his dreary face, and looked down towards the cries,

a gleaming, beautiful little face, innocence in his eyes.

Well he did his duties, called the police and the ambulance then came,

and he swung his horse for home and with the cattle did the same.

He realised that there was no purpose, in ending it like Bruce did,

because tomorrow is a new day, and now he’s gotta look after a little kid.

He realised now that he’s not the only one who’s been in drought and in debt,

’cause rain is always around the corner, so don’t do something you might regret.

Darcy’s poem may be sentimental but it brings home the cruel and silent face of the drought across Australia. It’s also a reminder that there’s an intimate connection between the devastating drought and the scale of the unimaginable bush fires.

Australia has always been a thirsty continent, a ‘sunburnt country… of droughts and flooding rains’. The current bush fires have brought home to us just how deep and terrifying this drought is and its connection to our cavalier environmental indifference.

As I was learning the Daf Yomi – the cycle of Talmudic study – this week, I was struck by the discussion about our dependence on rain and the connection between prayer and rain.:

Drought is death, it kills life, it drains the hope and vitality of human beings. It’s therefore unsurprising that it features in the opening blessings and then recurs in the middle section of our daily fixed prayer, the Amidah. Every day, as I say these tefillot, especially the lines, “Bless our years like the good years”, they pierce my heart and spurs my soul.

There are huge human, financial and political ramifications to this environmental crisis, but there are also spiritual and moral implications. The drought and fires get us to think about our connection to the earth. Prof Natasha Myers from Toronto describes us as co-conspirators with nature. She points out that the word conspire literally means to “breathe together”. It is usually associated with a criminal act but can also mean to contribute jointly. We need to join together with our environment because without it we are lost. The environment literally allows us to breathe and when we burn it, it fills our lungs with smoke making it hard to breathe. This is also an appropriate association for  Tu B Shvat ,the ecological festive day on Monday.

The Hebrew words for soul – neshama, ruach, nefesh – all have one thing in common: the act of breathing. The word ‘Hevel’ used repeatedly in the Book of Kohelet or Ecclesiastes – specifically refers to shallow breath. Kohelet is preoccupied, as Rabbi Sacks points out, with the fragility and brevity of life, how a shallow breath is all that separates life from death. As we say in our prayers on Rosh Hashana: Life is “like a broken shard, like dried grass, like whirling dust, like a dream that slips away”. Remove nature, destroy the forests and you remove breath and destroy life.

Darcy’s poem ends on a note of hope: “rain is always around the corner, so don’t do something you might regret”. As Jews we’re a people of hope. We believe that God will ultimately answer our prayers and bring that desperately needed rain. Of course, we are co-conspirators with our Creator and like the State of Israel we need to do everything in our power to counter the effects of drought. Israel’s creativity and innovation in the area of water production and conservation is breathtaking itself!

So let’s continue to contribute to the communities devastated by fire and drought. And let’s be sure to keep on going with hope, faith and confidence. 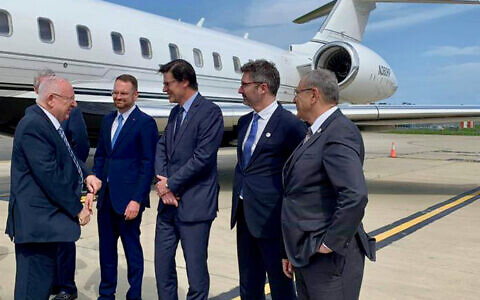 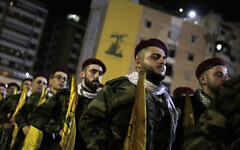 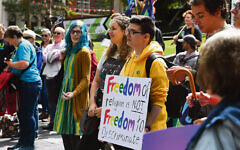 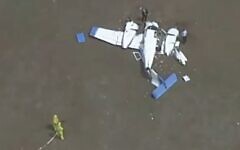 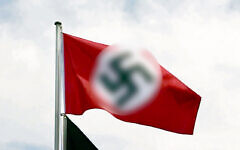 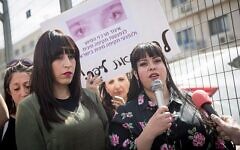