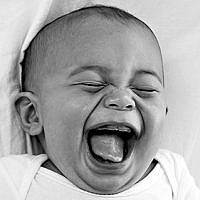 I was shocked to receive a phone call from the immigration department less than one hour after having gotten off the plane and officially becoming an Israeli citizen.  I didn’t even know my own phone number, how did they?

They asked me if I had with me my teudat oleh, the most important document that every new citizen is supposed to receive upon landing in Israel and going through immigration.  I asked the person next to me in the cab what a teudat oleh looks like.  I rummaged through the bag of things I had received from them while juggling my phone and notified them that I don’t have it.  The woman said “you didn’t take your teudat oleh so you are going to have to come back to the airport to get it.”  My response was “you didn’t give me my teudat oleh so you are going to have to get it to me.”  The woman didn’t know how to respond, as this was probably the first time that someone was let past immigration without this document.  After hanging up the phone quite frustrated, the cab driver turned to me and said with a smile on his face “problems already? Welcome to Israel!”

After several additional phone calls with the immigration office, they arranged to send my teudat oleh with someone else who had just landed and was coming to the same location as me.  Before hanging up the phone, the woman at immigration gave me a heads up that the girl who is coming with my teudat oleh is good looking and I should definitely “go for her”.

About the Author
How Funny is not a baby, it’s a CONTEST that YOU THE READER help decide; If this ‘Funniest Moment in Israel’ post brightens your day, then vote for it; The prize for the winning posts is a pair of tickets to Comedy for Koby, a standup extravaganza featuring top comics that raises funds for the Koby Mandell Foundation, which works on behalf of families of victims of terror: Show your love for this post, and, of course, GO SEE THE SHOW
Comments