The Blogs
Neal Borovitz
Apply for a Blog
Please note that the posts on The Blogs are contributed by third parties. The opinions, facts and any media content in them are presented solely by the authors, and neither The Times of Israel nor its partners assume any responsibility for them. Please contact us in case of abuse. In case of abuse,
Report this post.

I have some good news; some bad news; and some troubling news to share with all of you.

On January 15, a federal judge issued a preliminary injunction in the lawsuit HIAS v. Trump, blocking an executive order that for the first time in the history of the U.S. refugee resettlement program gave state and local officials the power to veto resettlement in their jurisdictions. The judge ruled in favor of the plaintiffs, three faith-based resettlement agencies: HIAS, the Hebrew Immigrant Aid Society; Church World Service; and Lutheran Immigration and Refugee Service, whose work and mission have been directly impacted and harmed by the order. In his decision, Judge Messitte said that the executive order is likely unlawful, as it indeed “grants [states and localities] veto power” and that this “flies in the face of clear Congressional intent, as expressed in the legislative history of the statute.” In enjoining the order, he called for refugee resettlement to “go forward as it developed for the almost 40 years before Executive Order 13888 was announced.”

The Jewish Council for Public Affairs, on whose national board I proudly serve, was a prime supporter of this suit and was responsible for submitting an amicus brief on behalf of a broad coalition of interfaith advocacy groups. JCPA is a broad-based coalition of Jewish organizations, including 16 national Jewish organizations and 125 Jewish Community Relations Councils across North America. All four American Jewish religious streams are active members of JCPA

The troubling news is that Judge Messitte’s ruling is temporary.

The bad news is that just five days before this ruling, on January 10, Governor Abbott of Texas announced that in 2020, Texas would not allow a single refugee to settle in the state. He said that he was basing his right to make this decision upon the presidential executive order that President Trump issued last September, and that Judge Messitte now has put on hold.

Some of you may be wondering why a broad-based coalition of American Jewish organizations and their leaders, including me, have taken such a visible leadership position on this issue.
There is a simple answer.

I see welcoming the stranger, especially a stranger in danger, as a fundamental principle of both my American heritage and my responsibility as a Jew to live by the teachings of Torah. The policy of denying entry to refugees is a betrayal of these ideals.

The history of the United States is the history of the absorption of immigrants. We are a nation united by ideology, not biology. The words of the American Jewish poet Emma Lazarus that are inscribed on the Statue of Liberty in New York Harbor proclaim: “Give me your tired, your poor, your huddled masses yearning to be free”. Yet in 1921, less than 20 years after this plaque was dedicated in 1903, the United States Congress passed the first of two immigration laws — the second was enacted in 1924 — that severely limited immigration to America. Both of these laws were aimed specifically at Catholics and Jews by the Protestant majority. These laws remained the law of the land until 1965 including during the decades before and after World War II.

As we remember the 75th anniversary of the liberation of Auschwitz, can we have any more personal and universal example of the consequences of America’s closed door policy to refugees?

Juxtaposed with the tragic consequences of closing our doors to refugees are the blessings that have been bestowed upon American society when we have welcomed the stranger. The American Jewish community is composed of immigrants and the descendants of immigrants. My four grandparents, like many of the ancestors of Jewish Standard readers, came to America as economic and political refugees in the first decade of the 20th century. Other members of our northern New Jersey Jewish community are Holocaust survivors and their children and grandchildren. I remember the stories that so many of my congregants told me about their inability to come to America before World War II, during the war, and even after it ended. They they were kept in what were called Displaced Persons Camps, often set up on the very same land that had been home to concentration camps.

A third segment of our northern New Jersey Jewish community are immigrants from the former Soviet Union and their children and grandchildren. Numbering approximately 500,000 souls, these Jews found refuge in America in the 1970s, the 1980s and in large numbers in the 1990s. I know firsthand from my volunteer work in this community that the factors that made the resettlement of Soviet Jews in America a reality included the change in American immigration policy in 1965 to which Judge Messitte referred in his stay order last week. It’s the support of our federal government under both Democratic and Republican presidents; and the assistance of both our local Jewish community and the Bergen County government.
The mantra of the Soviet Jewry movement from the 1960s to the ’90s was “Let My People Go,” which is a quote from this week’s Torah portion. The greatness of America is that when We the People speak up with a loud and clear voice, our democratic republican system of government forces our leaders to respond.
For a generation, we American Jews echoed the call of our Soviet brothers and sisters; in addition to the 500,000 who found refuge here in America, more than 1.5 million found a home in Israel.

I am angered and saddened by the current American policy toward refugees. In the spirit of Hillel, we who were angered and disappointed by American refugee policy during the Holocaust must not allow what happened to our people to happen to others. Moreover, we who take pride in the part we played in unlocking the Iron Curtain and opening the doors of America to Soviet Jews must go and learn how we can help refugees of today, just as so many of our fellow Americans of other faiths, marched with us and stood with us as we advocated to free Soviet Jews.

I offer my gratitude to Judge Messitte for standing up for the American values voiced by Emma Lazarus and incised upon the Statue of Liberty. To Governor Abbot and President Trump, I say that I am proud to be a national board member of the Jewish Council for Public Affairs, and I am proud of the role that HIAS and JCPA are playing in calling upon our nation to continue to be a beacon of light and freedom for those whom Emma Lazarus aptly described as “the huddled masses yearning to be free.”

About the Author
Rabbi Borovitz was elected the Rabbi Emeritus of Temple Avodat Shalom in River Edge in June 2013 after serving the synagogue as rabbi for the previous 25 years. Prior to assuming his position in River Edge in the summer of 1988 Rabbi Borovitz served as Hillel Rabbi and Instructor in Biblical and Religious Studies at the University of Texas in Austin (1975-82), the Executive Director of the Labor Zionist Alliance on the United States, (1982-83) and as the Rabbi of Union Temple in Brooklyn, New York (1983-88). Rabbi Borovitz, a native of Cleveland, Ohio, received his B.A. from Vanderbilt University in 1970, his M.A. from Hebrew Union College-Jewish Institute of Religious (HUC-JIR) in 1973 and was ordained at HUC-JIR in June 1975. In March of 2000, he was awarded an honorary Doctor of Divinity from HUC-JIR. Rabbi Borovitz is an active leader in community affairs. He has been a member of the Bergen County Interfaith Brotherhood Sisterhood committee for 25 years. He is the immediate past chair of Jewish Community Relations Council of the Jewish Federation of Northern New Jersey and has also served on the Jewish Federation Board. He currently serves on the National Board of the Jewish Council for Public Affairs; the Rabbinic cabinet of the Jewish Federations of North America and on the Foundation Board of Bergen Regional Medical Center, the county hospital in Bergen County NJ. He is past President of the Bergen County Board of Rabbis and the North Jersey Board of Rabbis as well as the founding chairman of the Jewish Learning Project of Bergen County Rabbi Borovitz is a frequent contributor to the Jewish Standard and the Bergen Record and a frequent lecturer on Judaism; The Middle East and Interfaith cooperation.
Comments 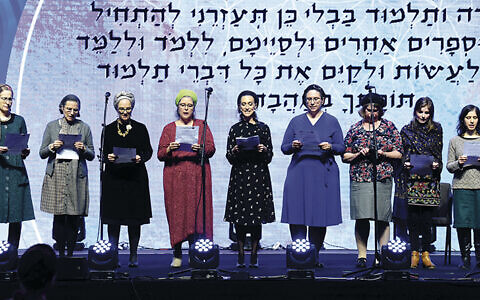 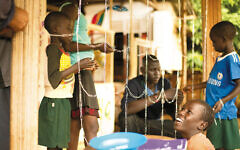 The filmmaker, the refugees, and the artist
Larry Yudelson
The passion play at Oberammergau
Joanne Palmer 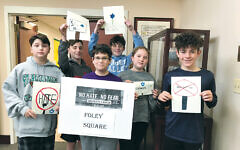 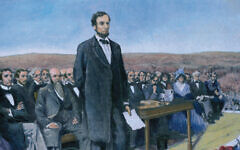 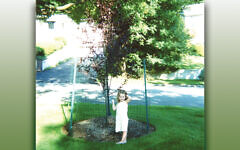