I have to admit – I not only have I never seen Hello, Dolly! but I knew absolutely nothing about it. I figured that a show that won ten Tony awards, holding this record for 35 years must be good. And since I was comped into a dress rehearsal, well, I had nothing to lose…

(Somewhere along the line I became an English theater critic. Alright, maybe I’m not a critic. But I do enjoy theater and I’m happy to get the word out and let people know about great entertainment options around town.)

On Sunday, June 7th the 29th Beit Hillel production, Hello, Dolly! debuts in Jerusalem. While I can’t tell you how it compares to Broadway, I can tell you that there’s a whole lot of talent packed into that production and you are bound to enjoy yourself. 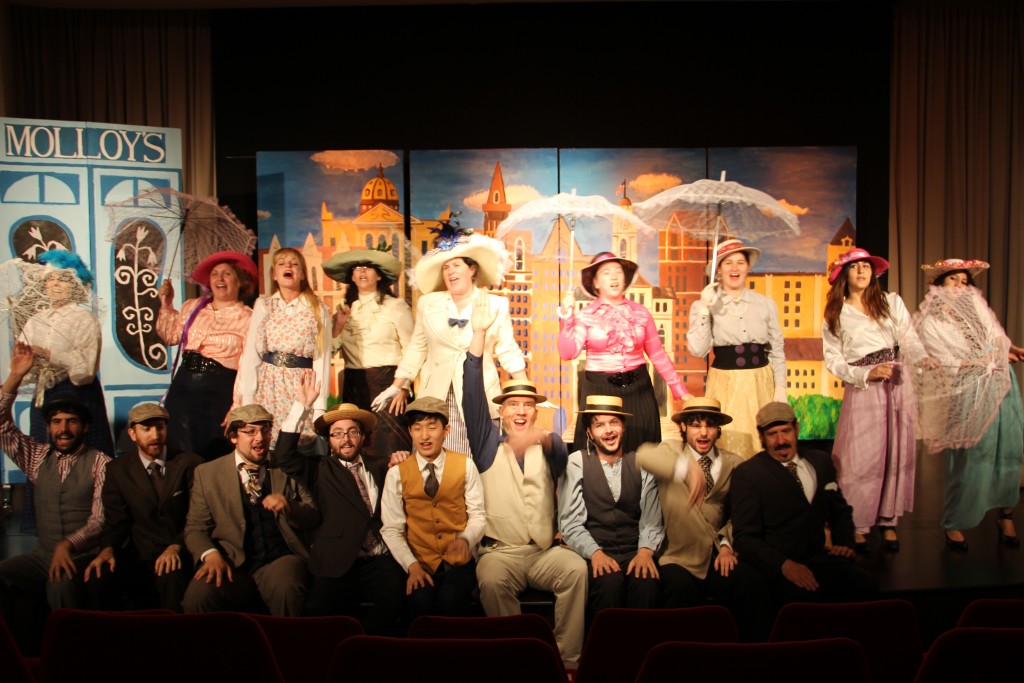 There is a lot of energy amongst the cast. You can tell that they all really love what they’re doing and are there to be a part of it.

Many in the cast will be familiar if you’ve gone to other Beit Hillel productions, or even other local theater. While the cast seems a lot like family, they are all actually from very diverse backgrounds. There are established actors, overseas students, young marrieds with families, haredi performers, Israelis, Arabs, special needs students, and new Olim, all working together in what’s clearly a bonding experience.

The music, as always, is fantastic. Under the musical direction of Paul Salter, the compositions are so professionally performed that it is enjoyable in and of itself.

While the play might seem dated – written decades ago, and taking place in the 1890’s – this classic show is sure to find new fans as the audience realizes how timeless it really is. 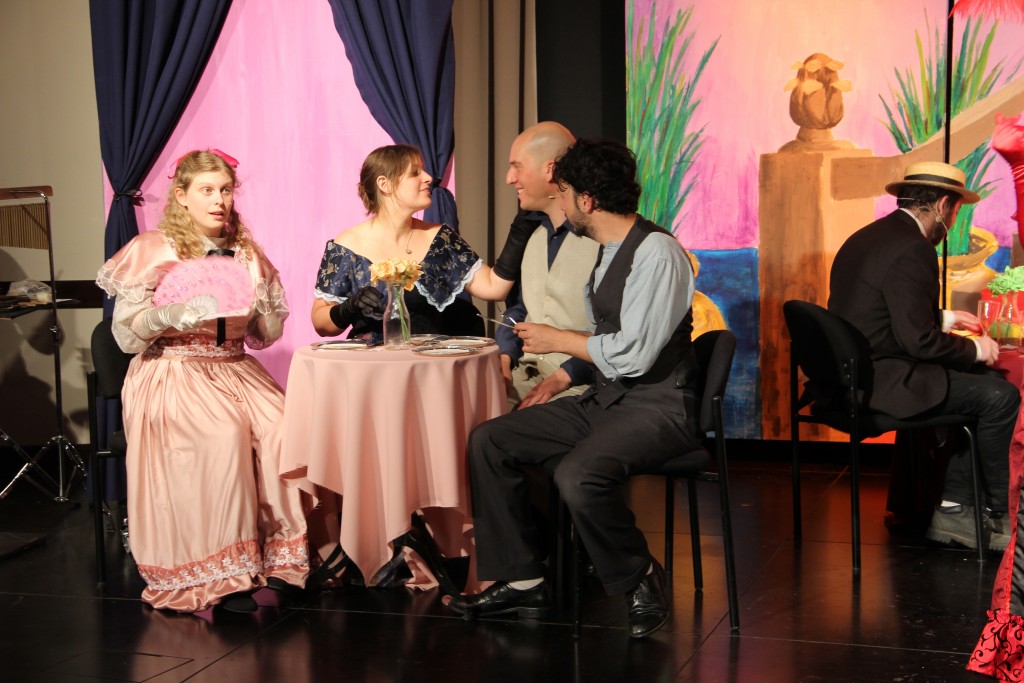 So much talent was packed on to that stage. I’ll admit it is fun being an audience of one, though it’s a lot of pressure when you’re the only one clapping…

Gabrielle Shine as Dolly will crack you up with her Jewish, New York thing going on. Though how she pulled that off as a London native I cannot imagine.

Aviella Trapido as Irene Malloy, herself a seasoned performer, has joined the Beit Hillel stage for the first time. Aviella has a voice you can just keep on listening to, and I hope she returns for other productions.

Bryan Friedland, as ‘half-millionaire’ Horace Vandergelter, fits into his role perfectly. But then he usually does. Anyone who’s been to past Beit Hillel shows will likely recognize him right away, recalling other roles he ‘fit into perfectly.’ 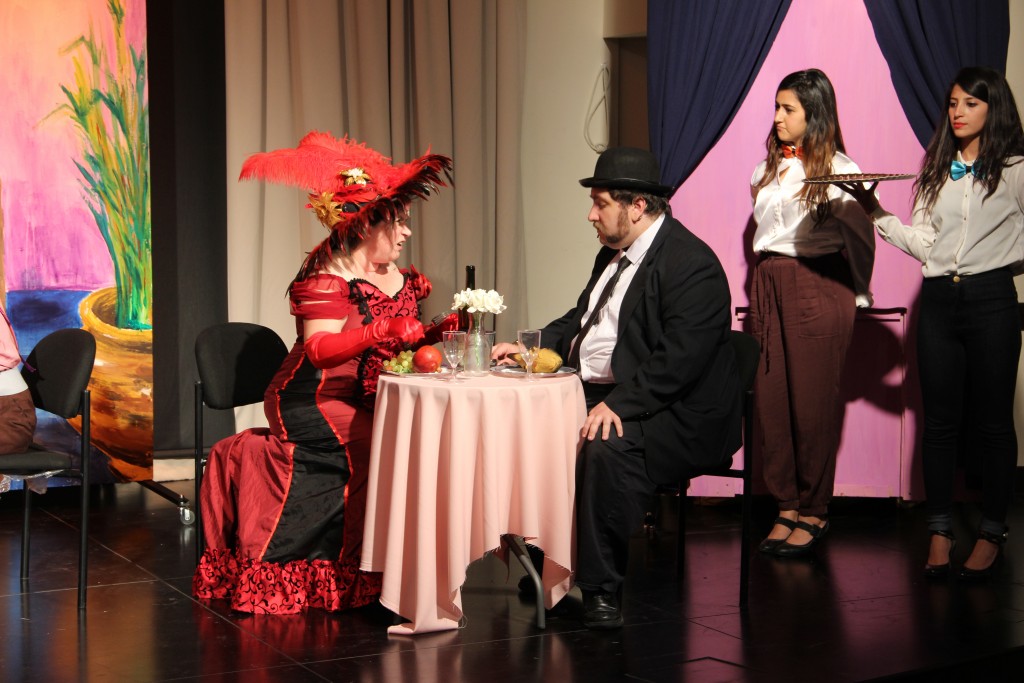 There’s plenty of other talent on the stage but I’ll let you discover them for yourself. Of course those on the stage are not the only ones who make this show what it is. The stage sets, as always, are meticulously created, multi-purpose components that are quite smoothly shifted to depict different scenes. The costumes didn’t quite fool me as having come from the 1890’s, but the costume changes were colorful, creative and plentiful.

Overall, it’s a great show and a fun evening out. I’d venture to guess that even more fun than sitting in the theater alone would be to attend with friends and family… 😉 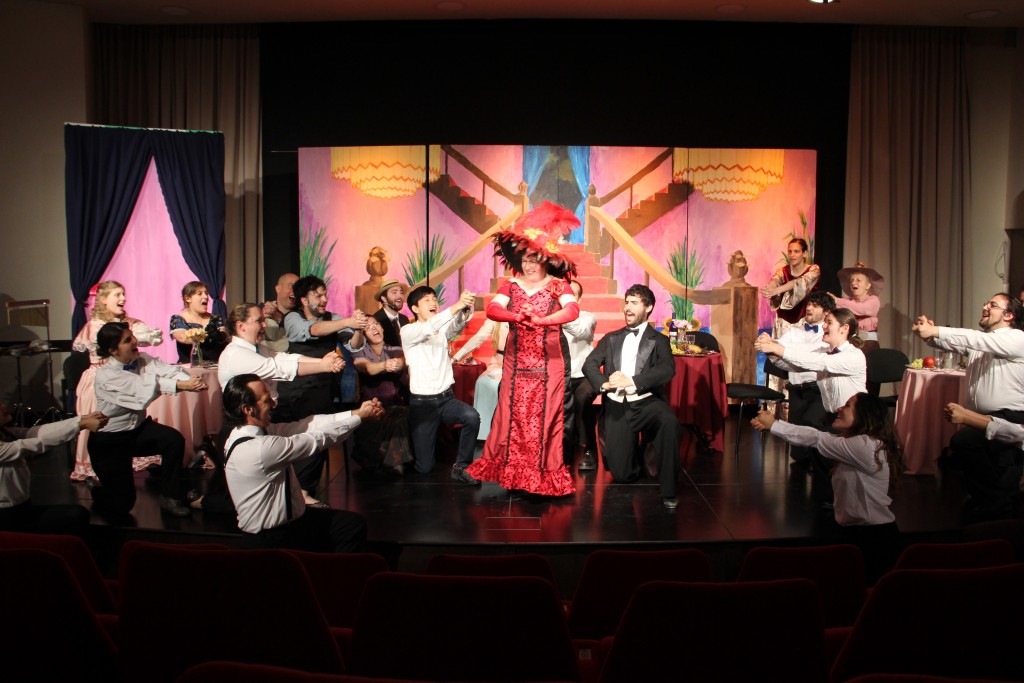 Hello Dolly cast – Photo courtesy: Laura Ben-David
About the Author
Laura Ben-David is a photographer, public speaker and Israel advocate. Inspired by her Aliyah experience, Laura began writing and never stopped. She is the author of the book, MOVING UP: An Aliyah Journal, a memoir of her move to Israel. She has spoken all over the world about Israel, Aliyah and other topics, often with beautiful photographic presentations. Formerly the head of social media at Nefesh B'Nefesh, Laura is the director of marketing at Shavei Israel as well as a marketing consultant.
Related Topics
Related Posts
Comments