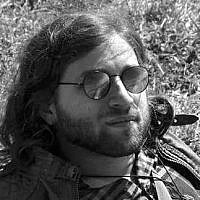 The Blogs
Antony Wolkovitzky
Apply for a Blog
Please note that the posts on The Blogs are contributed by third parties. The opinions, facts and any media content in them are presented solely by the authors, and neither The Times of Israel nor its partners assume any responsibility for them. Please contact us in case of abuse. In case of abuse,
Report this post. 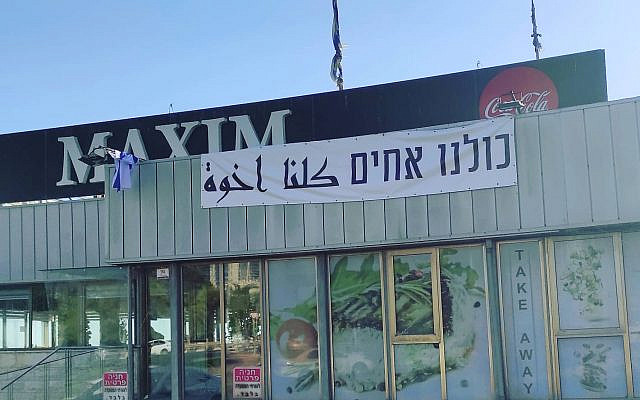 Maxim restaurant, 2021. The sign in Hebrew and Arabic says: "We're all brothers". Photo courtesy of the author.

Maxim restaurant still stands 2 mins from the sea, 8 mins from the house that I grew up in. I could never avoid seeing it on my way home just from about anywhere. Even on that day when it was destroyed.

If my childhood had a soundtrack, that sound of the explosion could be its abrupt end. It’s by far not the first and not the last one that I heard in my life, but somehow it’s the only one that I can never forget.

The restaurant was co-owned by two friends: an Arab and a Jew. The Arab owner died in that explosion.

Three families were murdered on that day, among others. The memorial doesn’t have the names of all the victims, only the 21 of them that died. And if you’d read the names, you’d notice Arab names and Jewish names intertwined. 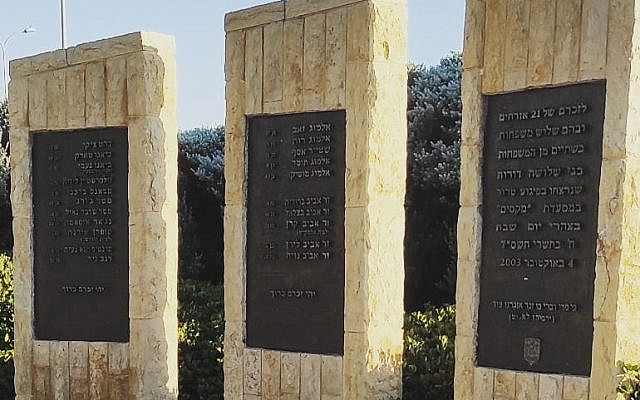 It was a suicide bomber from the Islamic Jihad.

They say it wasn’t a mistake: their target wasn’t just Jews, or “Israelis”, or “Zionists” – whatever these labels even mean. They tried to kill sanity, humanism, coexistence, and replace them with ultra-nationalism and religious extremism.

– Nationalist and religious radicalisation in both Israeli and Palestinian societies grows with each year.

– Racists didn’t just appear from nowhere, but now they feel too comfortable and stopped being shy about it.

– In 2007 Hamas Islamists ousted the moderate Fatah in Gaza, and tyrannically control it ever since.

I’m not trying to say that all of these events happened only because of the Islamists. Jewish extremists played a big part as well in this theatre of horror.

Nevertheless, the situation today is way closer to what the zealots behind Maxim’s bombing would have wanted to see.

The events of May broke my heart: Street fights, lynches, violence – Jews attack Arabs, and Arabs attack Jews. It didn’t even skip Haifa – a place that I always considered as a refuge of sanity.

But yesterday, when I took a walk to the sea (which I didn’t do for quite a while), I found Maxim still standing there, after all this time — and this time, with another sign to remind me:

Some of us identify as Palestinians, and some consider ourselves Israelis — we might have different visions and different narratives, but we still choose humanism over racism, individualism over collectivism.

Israeli and Palestinian extremists may dream their genocidal dreams, wishing for us to disappear. It’ll make it easier for them.

Well, they can keep dreaming.

We’re all brothers, and we’re not going away. 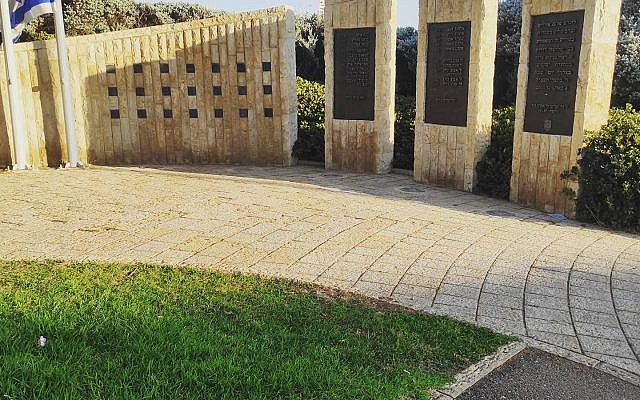 Note: This is an edited and extended version of a post that was originally published on my private social media accounts.