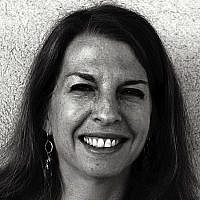 Did Bibi accept champagne and cigars from millionaires? Will Gantz form a coalition with the Joint List? Will Liberman give in to the Haredim? These are the questions occupying the press and the minds of Israel’s exhausted citizens as they plod to the voting booths for the third round of national elections within a year, elections that will, in all likelihood, result in yet another stalemate. Yet the one question we should be asking and answering at the voting booth is the one no politician, nor much of the Israeli public, is willing to face.

Historically, there were three variables at play in the Palestinian-Israeli conflict: post-67 borders, the Jewish character of the state, and democracy. Most politicians, especially, but not only, those on the right, claimed that it was possible to maintain all three. And why wouldn’t they? It is human nature to want to have your cake and eat it too, and people have always supported politicians who promise them what they wish were possible. Like student council elections where ten-year-olds expound upon longer recesses, or debates where politicians declare that they will lower taxes while expanding public services, Israeli politicians who purport that they have the ability to combine land, Judaism and democracy attract avid support. Unfortunately, as with the other examples, wanting something to be possible doesn’t make it so.

One doesn’t have to look far into the past to see what happens when a nation buys into politicians’ empty claims. The Brexiteers told the citizens of the UK that they could exit the EU, rid themselves of its burdens, and suffer no significant social or economic consequences. Pesky problems like the Irish border would just work themselves out. The past three years have proven them resoundingly wrong. Around the same time, Americans were told that they could solve their complex immigration problems by building a wall to keep immigrants out, a wall that Mexico would pay for. Except Mexico didn’t pay, and Americans discovered that building a 3000-mile wall over rugged terrain is very, very expensive. They also learned that solving the immigration dilemma isn’t as simple as a wall— immigrants also arrive on planes and many fill the low-income jobs that Americans simply don’t want to do.

Israeli politicians in the center to center-right continue to feed off of their voters’ desire to believe that it is possible to maintain all Israeli settlements without giving up the Jewish or democratic character of the state. The majority of the population in Israel, the ones who voted for Blue and White, the Likud and the Israeli Home want very much to believe what they say, but like the people who believed in an easy Brexit or a wall funded by Mexico, they’re in for a rude awakening.

The parties on the left were more truthful in the past. Given the fact that Jews are barely a demographic majority in the stretch of land between the Mediterranean and the Jordan River valley today, and birthrates predict that they will not be a majority at all within a few decades, the Israeli left promoted the two-state solution. They carved up the country in the famed Oslo accords of the 90s, drawing lines in the disputed territories so as to incorporate as many Palestinians as possible in Palestine, and as many Jews as possible in Israel. Jewish settlements that did not fall within the borders of Israel would eventually be evacuated, as they were when Israel retreated from the Sinai and later, from Gaza. The two-state solution would secure a Jewish majority within the borders of Israel, and Israel could maintain its Jewish character without endangering its democracy. Many secular Israelis enthusiastically supported this plan and its visionary, Itzchak Rabin. Religious Israelis, who believe in the Jewish people’s biblical, God-given rights to the land, fought it tooth and nail, a fight that culminated in the assassination of PM Rabin in 1995.

Facts on the ground show that the agenda of the religious right has prevailed. Over the past two decades, settlements have flourished and expanded, sending out tendrils of segregated roads and tunnels to surround Palestinian towns and cities. The Israeli and Palestinian populaces have become so intertwined that separating the two nations into geographically distinct states would require massive population transfers, something that neither Israel nor Palestine is willing to accept. De-facto, the two-state solution is dead, and the Zionist Israeli left has died with it. In the coming elections, the combined left parties, Labor and Meretz, are expected to receive a meager 8 seats, less than 7% of the vote.

They’re loathe to admit it, but both Palestinian and Israeli leaders are now left with the dilemma of how to rule the common state that they have forged together in a century of intransigence. There are many consequences for Palestinians that I won’t get into here, but for Israelis, it boils down to a clear choice— between a Jewish state and a democratic one.

The logic is simple. Assuming there is no longer a realistic way to create two geographically distinct entities between the Mediterranean and the Jordan, the 13 million people that live within those borders are all part of one state. If that state is to be a democracy, all 13 million residents must become fully enfranchised citizens. Although current statistics show that there is still a slight Jewish majority, it is highly unlikely that the famously opinionated Jews would vote as a block, secular Tel Avivians suddenly supporting ultra-Orthodox parties or vice versa. Even if they were to do so, they would soon lose the majority due to birthrate projections. Given the lackluster record of the Palestinian leadership in the West Bank and Gaza, this understandably terrifies Israelis. Israelis are accustomed to political turmoil, but they also have grown to expect that even in the worst of times, they will receive excellent and inexpensive healthcare and education, the garbage will be collected and seasonal flowers will be planted in the traffic divides.  If the current status of services in the West Bank and Gaza is any indication, under Palestinian leadership, that would all change.

The other option, one supported by parties on the right, is to annex the majority of the West Bank and forgo democracy, offering Palestinian residents a choice between forcible deportation or rule without representation (the status quo for the past 50+ years). Neither option is democratic, by any accepted definition of democracy. The idea that “all animals are created equal, but some are more equal than others” cannot be accepted by any person with independent and logical thought processes.

Lastly, there is the option of the “Swiss Cheese state”, a scenario in which Israel annexes the West Bank, but doesn’t include the population-dense enclaves of Palestinian cities and towns (see the maps of the Trump plan for an illustration). While this circumvents the demographic difficulties, it doesn’t magically create a democracy. Imagine a scenario in which the American South drew lines around every predominately black county and claimed that it belonged to another state, one with whom it shared no borders and could not access? If they refused to provide any services or minimal human rights to the residents of the excluded counties? It would be a gross miscarriage of democracy and justice, as are the Swiss Cheese solutions, no matter how hard Israelis and their allies work to convince themselves otherwise.

The choice between democracy and a Jewish character for the state is heartbreaking for Israelis raised on the Zionist dream. The question is not academic either: choosing democracy will have enormous economic and social ramifications that go far beyond garbage collection. For example, the PA’s record on women’s and LGTBQ rights is abysmal. For Israeli women and members of the gay community, choosing democracy could mean forgoing their individual rights.

The other option is equally troubling. The continued violent subjugation of millions of unrepresented people will be carried out by our children, drafted into compulsory military service. Over time, they will either rebel or lose the ability to see the humanity in people outside of their narrow ethnic and ideological identity groups. This process is already occurring— statistics show many young Israelis choosing to build their lives elsewhere and the ones who stay becoming increasingly racist and intolerant.

This agonizing choice will not disappear if we simply ignore its existence. It is logically sound to prioritize the Jewish character of the state over democracy, or democracy over Israel’s Jewish character, although the ethical and social ramifications of either choice can, and will, be contested. It is not, however, reasonable to cling to an argument that is logically flawed. In the current round of elections, as in the ones which preceded it, the only parties that are conducting a dialogue with reality are those at the far ends of the political spectrum. The rest are simply burying their heads in the sand.

About the Author
After having several life-changing educational experiences in her teens, Elana Kaminka dedicated many years to creating those experiences for others. Originally working in the field of Israel programs, she became fascinated by the field of development and worked for Tevel b'Tzedek, an Israeli NGO that both runs quality volunteer programs and does quality development work in Nepal. She is currently an independent content writer, working on a novel.
Comments