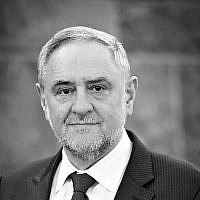 The Blogs
Robert Singer
Apply for a Blog
Please note that the posts on The Blogs are contributed by third parties. The opinions, facts and any media content in them are presented solely by the authors, and neither The Times of Israel nor its partners assume any responsibility for them. Please contact us in case of abuse. In case of abuse,
Report this post. 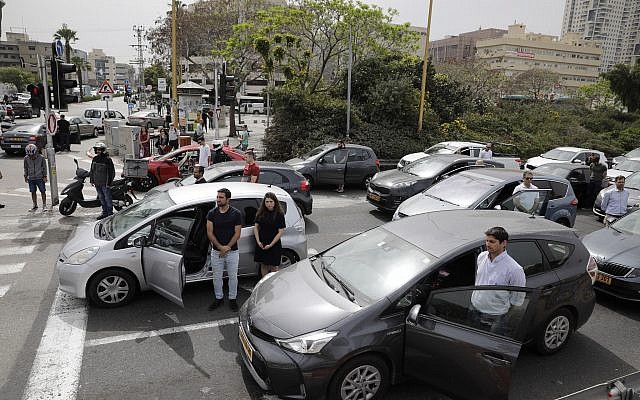 Israelis stand next to their cars as sirens mark a nationwide moment of silence in remembrance of the 6 million Jewish victims of the Holocaust, in Tel Aviv, Thursday, May 2, 2019. (AP Photo/Sebastian Scheiner via Jewish News)

Nearly 75 years after the Nazis tried to annihilate European Jewry, the world is still grappling to learn from its lessons and avoid another similar atrocity.

The picture looks bleak. Despite irrefutable evidence and survivor testimonials, shocking statistics indicate apathy when it comes to the Holocaust.

A CNN poll last year found that one in 20 Europeans believe the Holocaust didn’t happen. A poll by the Holocaust Memorial Day Trust revealed similar figures among Britons. A separate Claims Conference survey showed that one-third of Americans believe the number of Jews murdered in the Holocaust was exaggerated, and an appalling 66 percent of millennials have never even heard of Auschwitz.

Neo-Nazi movements are growing at alarming rates, drawing youth into a culture of hatred and intolerance. Young sports fans routinely use antisemitic slurs to taunt rivals, without considering the meaning. In many countries, Holocaust studies fall short, which helps to explain why the earlier statistics shouldn’t come as a surprise. And this doesn’t take into  consideration Holocaust denial and other attempts to sustain Jew-hatred, or those who insist that glorifying Nazis and fascists is nationalism, rather than clear antisemitism.

The internet has become a hotbed for this and a central platform for the promotion
of xenophobia.

It was with these realities in mind that the World Jewish Congress, under the leadership of president Ronald Lauder, launched the #WeRemember campaign, with the support of our affiliates, including the Board of Deputies.

Now in its third year, the initiative calls on people to photograph themselves holding a sign with #WeRemember, and to post it on social media, to remember what happens when ordinary citizens succumb to unbridled hatred, and to remember that it could happen again.

#WeRemember has become the world’s largest Holocaust awareness initiative, starting on social media and sweeping the world. As a fledgling initiative in 2017, the campaign reached 250 million people; in 2019, more than one billion people in 225 countries and territories were reached.

Whereas most Holocaust remembrance events are marked by Jewish communities, with support from politicians or other prominent figures, #WeRemember is a grassroots campaign that uses easily-understood language.

From Kazakhstan to New Zealand, India to Japan, more than two million people of all ages, faiths and backgrounds actively took part in this year’s campaign. Some commemorated the Holocaust for the first time, recognising that as the numbers of survivors dwindles, we must take their place as witnesses to the horrors.

Awareness campaigns alone won’t obliterate hatred, nor will they eliminate Holocaust denial or revisionism. These trends are deeply ingrained in certain societies, and a fundamental shift is needed to root out these evils. However, as Elie Wiesel observed: “The opposite of love is not hate, but indifference.” Indifference to horrors that may not affect us directly, to the suffering of “others”, or to the domino effect of enmity.

Parents must teach their children to choose empathy over apathy, love over hate, tolerance over bigotry. A Holocaust curriculum must be integrated into schools worldwide, to instill within our children an early and fundamental understanding of the danger of ignorance and lack of action. International organisations and civil society have a clear role in helping to guide and support such initiatives as the only true long-term antidote for antisemitism and xenophobia.

We must continue to work together and let the world know: #WeRemember.

About the Author
Robert Singer is CEO and executive vice-president of the World Jewish Congress.
Related Topics
Related Posts
Comments