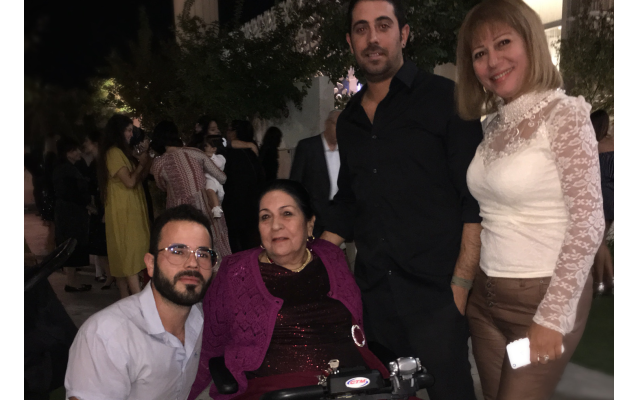 A recent article in History News Network, How did November become the Mizrahi Heritage Month? And what’s Mizrahi anyhow?, presented an argument against Mizrahi Heritage Month and Mizrahi identity. The article was co-authored by Chair of Israel Studies at George Washington University Professor Arie M. Dubnov and Professor Lior Sternfeld of the Jewish Studies department at Penn State University.

These academics argued against modern-day Mizrahi identity as if it is an identity that was manufactured for the Israeli government’s propaganda efforts. I and all of my Mizrahi friends and family members who read the article were dumbfounded (as we were by a similar article Haaretz ran the next day by Dubnov, this time co-authored by Menashe Anzi, who teaches Jewish history at Ben-Gurion University of the Negev).

Notwithstanding the academic bona fides of Dubnov and Sternfeld, their article is nothing so much as a political manifesto that attempts to erase and belittle Mizrahi identity and Mizrahi history to fit their own political agenda.

Significantly, the vague language on how “Jewish communities in the Middle East and North Africa (MENA) region had undergone different experiences” is a direct attempt at gaslighting the experiences of MENA Jews. While Sternfeld and Dubnov are no experts on Mizrahi history or MENA Jews, the authentic doyen of the history of Mizrahi Jews, and a Mizrahi Jew himself, is the award-winning historian, Professor Shmuel Trigano (professor emeritus of sociology at Paris University). His rigorous award-winning book “The End of Judaism in Muslim Lands,” stands as a historical counterweight to Sternfeld and Dubnov’s politically charged assertions.

Professor Trigano meticulously demonstrates that unifying the expulsion narratives of Jews from different MENA countries since 1945 is the right way to understand our history. One has to look at the exodus of this group as a common history, because of the unity of the Arab League’s actions against this community and because of the common cultural and political factors that MENA Jews share. Professor Trigano writes in his book that “the Jews of the Arab countries suffered from persecution and pogroms for many generations, hundreds of years prior to the emergence of Zionism […] Their situation deteriorated in modern times and the appearance of Arab nationalism in the 20th century. The narrative that describes their immigration to Israel as colonialism is the opposite of the truth. These were fleeing refugees who found home and shelter in the State of Israel.”

For me, the son of an Iraqi Jewish mother and Tunisian Jewish father, I find the commonality of my family’s experience in the context of our shared history indisputable. It is also a documented history, unlike the feelings and speculations presented by these American academics.

Coupled with the lack of historical basis for Sternfeld’s and Dubnov’s political manifesto, they picked on one of the most visible Mizrahi Jewish organizations in America, JIMENA. The surprise they displayed over the existence of Mizrahi heritage month, now in 2019, was evidence of their lack of empathy or any real interest in the struggle of our community for full recognition. A simple Google search would have shown that JIMENA has been actively promoting Mizrahi Heritage Month since 2015. What’s more, they then argued that JIMENA is “a right-leaning” political group and that it is “unclear” if JIMENA is funded by the Israeli government.

First, as a grassroots organization, JIMENA’s politics is their own business. They represent their constituency and dozens of Mizrahi and Sephardi synagogues and communities that are part of their large network. Unlike the self-proclaimed scholars Sternfeld and Dubnov, JIMENA is not supposed to promote ideas that fit some academics’ personal political agenda. Their argument against JIMENA just proves how politically driven they really are.

Second, no one is stopping Sternfeld and Dubnov from launching their own alternative organization that can promote their Arab Nationalist ideology, but the fact that JIMENA enjoys such wide support and backing from such a large number of Mizrahi and Sephardi Jews proves that they DO represent OUR community. The attempt by Sternfeld and Dubnov to taint JIMENA as right-wing says a lot about their own supposedly ‘neutral agenda.’

But Sternfeld and Dubnov are just a part of a larger academic trend within Jewish studies departments across the US. Just review the faculty at any Jewish studies department in the US and you will find that the majority of the teachers are Ashkenazi Jews with a clear focus on the history of Jews in Europe. Only a tiny minority of them are Mizrahi Jews. Most of their scholarship has a strong ideological bent. They tend to be pro-diaspora, and to focus on Yiddish and European Jewish history, giving little to no attention to the Mizrahi Jewish community. Many of them, like one of the most acclaimed American Jewish historians Hasia R. Diner, are either post- or anti-Zionists.

A Jewish student in America is far more likely to to read an article by Franz Rosenzweig than they are to read a scholarly text by Mizrahi Jewish scholars such as Abraham Ibn Ezra, Hayim David HaLevi, Ben-Zion Uziel, or even Maimonides. Isn’t that political? Why are these historians and academics allowed to create curriculums that push their own political agenda? Perhaps instead of spending their sabbaticals in Berlin they can spend them in the Israeli peripheral towns and learn more about the Mizrahi community and why we did not go down the assimilatory line.

It is high time that historians either stick with history or openly acknowledge that they are making a political argument. Masquerading a political agenda as scholarship is a great disservice to academics in particular and a more serious affront to wider audiences who put their trust in the integrity of academic credentials.