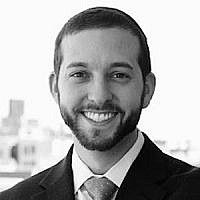 The Blogs
Jeremy Stern
Apply for a Blog
Advertisement
Please note that the posts on The Blogs are contributed by third parties. The opinions, facts and any media content in them are presented solely by the authors, and neither The Times of Israel nor its partners assume any responsibility for them. Please contact us in case of abuse. In case of abuse,
Report this post.

I recently received a very exciting text message. It was from a woman whom I’ll refer to here as Ayala, letting me know that, after a two-year process, her civil divorce had been finalized. Finally. Thus concluded a marriage that didn’t last much longer than three years. Thankfully, Ayala had signed a halachic prenuptial agreement, so, despite her ex-husband’s attempt to use the get as leverage for a more favorable divorce settlement, Ayala had little trouble getting her get unconditionally. After contacting the ORA office for assistance to enforce the halachic prenup’s legal provisions, Ayala had her get in her hands within two weeks. That was in 2016. It took 18 more months for her civil divorce to go through. The important thing is, their civil divorce was settled on the merits of the issues, and not through get-abuse and extortion.

Ayala’s case is not unique. We, at the Organization for the Resolution of Agunot, have seen several cases over the past few years in which the halachic prenuptial agreement was invoked as a response to a husband who threatened to use the get as leverage. In each and every case, a get was issued unconditionally and in a timely fashion.

The halachic prenup really works. In fact, we have never seen a case of recalcitrance in which a halachic prenup was properly signed and a get was withheld for an extensive period of time. To the contrary: we have seen many husbands posture that they would refuse to issue a get until their demands were met, only to fold once the wife moved to enforce the halachic prenup.

What can explain this dramatic change? The answer is quite clear: the standardized use of the halachic prenup. Over the past decade, we at ORA have made a serious push to educate Modern Orthodox yeshiva high school seniors, college students, and yeshiva/seminary students about the plight of agunot, the abusive nature of get-refusal, and the preventative solution of the halachic prenup. We’ve been speaking in shuls throughout the country, organizing Postnup Parties, and launching social media campaigns to raise awareness about the halachic prenup. We passed a resolution through the Rabbinical Council of America requiring its 1,000 member rabbis to only officiate at a wedding in which a halachic prenup has been signed. Thank G-d, these efforts are truly paying off. We are putting ourselves out of business, and we could not be happier!

We must redouble our efforts. Every year there is a new crop of high school seniors. There are more communities to reach. We must ensure that we have the resources to reach EVERY yeshiva high school and synagogue in North America. That’s why we have launched a crowdfunding campaign to support these efforts. We’ve made incredible strides; we need your support to keep it up!

As of now, only the Modern Orthodox community has realized the necessity of implementing our Agunah Prevention Initiative in their schools. We hope that other Orthodox communities will soon recognize the need as well, and we are ready and willing to assist them in adopting the halachic prenup. Until then, we will prevent the tragedy of agunot in those sectors of the Orthodox world that are willing to grapple with this issue, address it head-on, and prevent it going forward.

The agunah crisis is a terrible desecration of G-d’s name which tears at our hearts and challenges our faith. But, we have a solution. It’s now up to us to implement it. Please join us in making the dream of a world without get-refusal, a reality.

About the Author
Rabbi Jeremy Stern serves as the Executive Director of the Organization for the Resolution of Agunot (ORA).
Related Topics
Related Posts
Comments