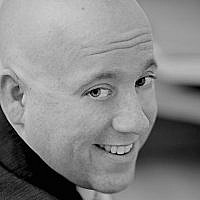 The Blogs
Keith Krivitzky
Changing the world...one project at a time
Apply for a Blog
Advertisement
Please note that the posts on The Blogs are contributed by third parties. The opinions, facts and any media content in them are presented solely by the authors, and neither The Times of Israel nor its partners assume any responsibility for them. Please contact us in case of abuse. In case of abuse,
Report this post.

Allison Benedikt, in Slate, asks as question: “What makes an American kid with shaky Hebrew decide he is ready to die for Israel?”

There is a very simple answer given in her piece, yet it seems that either she does not want to accept it or fully understand.  According to Max Steinberg’s mother, after a Birthright Israel trip Max “decided that Israel was where he wanted to be.”

Birthright Israel trips are designed to introduce young adults to the land and people of Israel, and to foster connections and community that they might not have known before.  There is a clear agenda – to strengthen Jewish identity and to build a stronger tie to the Jewish people.  And, in Max’s case…it worked.  He decided that he wanted to be with his extended Jewish family in Israel, and serving in the Israel Defense Forces (IDF) was one of the ways he could both connect and give back.

It’s not that Max was especially lost or especially susceptible, nor that Birthright Israel is especially good at persuading young people to see the world in a certain way.  To state, as Benedikt does, that “the ultimate expression of a Jew’s solidarity with Israel is to take up arms to defend it” actually misses the point of why Max moved to Israel and denigrates the positive choices he made.

Having worked a lot with Birthright Israel participants, who have a diverse array of reactions to their trips by the way, I would think that Max’s perspective shifted through what he saw and experienced on this trip.  He felt part of something larger than himself and wanted to link his personal story with that of the Jewish people in Israel.  He identified with the purpose and idealism of Jews’ efforts to build a vibrant society in their ancestral homeland.

And in times of crisis, you stand up for your friends and family.  That’s what he did, and sadly he was killed while doing so.

To state that the ultimate aim of Birthright Israel trips or expressions of solidarity is to take up arms cheapens Max’s and others’ choices, and undercuts both the real intent and nobility of their aspirations.

Clearly, Allison Benedikt doesn’t get that.  And far from being about the guilt of Birthright Israel in Max’s death, this story may have more to do with the guilt the author feels for not understanding what he saw and believed while he was alive.

About the Author
Keith Krivitzky serves as the principal of TheIdeaBank Consulting and founder of the New Normal Project, which focuses on helping organizations grapple with change. Previously, he has served in a variety of roles in the Jewish community, including CEO of The Jewish Federation in the Heart of New Jersey, Executive Director of the Jewish Federation of Monmouth County NJ, VP of Philanthropy at the Federation in Seattle, and Renaissance Man at the Hillel International Center in Washington, DC. He is an alum of Princeton and has an MBA from the Smith School of Business, University of Maryland. His passion is solving problems and figuring out how to rethink and enhance Jewish life.
Comments