Many years ago, I had heard about the magical remedies of Bach Flowers. They are considered vibrational treatments which I have come to learn can be used to help relieve both emotional and physical conditions including worry, low motivation, low productivity, sleep problems, depression, fatigue, brain fog, anxiety, lack of focus, aggression, and headaches to name a few.

Bach Flowers are flower tinctures derived from English wildflowers. They work by balancing your thoughts and your feelings, and through this, due to the mind-body connection, also healing the physical body. They come in small bottles, from which you take drops several times a day either by mouth or on the palms of your hands.

Unlike other treatments, Bach Flowers can also be used when you are doing well but want to be doing even better and reach for even greater goals.

Sat-Sung Kalman Hassid, a lawyer by profession, had always known about Bach Flowers as her mother used them when she was growing up. At some point she began reading about them and the more she read the more interested she became.

She ultimately studied Bach Flowers at the Bach Centre in England, the world centre of Bach Flowers.

Sat-Sung shared that the more she works with Bach Flowers, the more she is excited by the magic they create in people’s lives. Because of their gentle effects they are fabulous not only for adults, but also children, babies, and animals, and demonstrate profound results. She sees that they are terrific as a therapy unto themselves, and also as an accompaniment to other therapies. They are incredibly accessible, simple-to-use, easily available, and of reasonable cost. They are effective with a wide-range of different ailments, and can also be used as a powerful tool in leadership and self-actualization.

Here are a few case studies of people who have come to her for Bach Flower treatment over the years. The names were changed to protect her clients’ anonymity.

“Anna came to me complaining that it was hard for her to fall asleep at night worrying about work and accepting late-night work-related calls, and she couldn’t sleep late because her cat woke her up every morning at 4 am. I wanted to help Anna with her boundaries as well as her sleeping issues. The remedies in Anna’s bottle were varied. Included were a few tinctures for anxiety and worry, one that helped Anna increase her boundaries with both others and her cat, and a tincture that helped her worry less about her cat when she decided to put him outside so she could sleep later. The tincture was tremendously successful. Within a week or two Anna was sleeping great. She continued to use the mixture for several months, and then no longer needed it.”

“Daniel also came to me because of sleep problems. He told me that he slept only a few hours a night, and had been this way for a very long time. During our consultation, it turned out that like Anna, he also had a lot of stress at work, although for different reasons. In Daniel’s case, it was because he didn’t like the atmosphere or people at work and often snapped at them which upset him. He felt nervous about looking for a new job and was stressed by his wife’s chronic illness. We tweaked Daniel’s tinctures several times over the next few months. Daniel’s formula included remedies for overwork, for worrying and for losing control. I also added tinctures to increase his boundaries, so that he had more time to himself and didn’t spend all his energy on others.

About three months after consistently taking Bach Flowers, Daniel started sleeping well and was far able to handle the stresses in his life.”

“Jacob came to me because he wanted relief from the endless stress and worry he felt due to having cancer and dealing with finances and emotions on his own since his wife had passed away. He was undergoing treatment for cancer that he had been suffering from for a long time. Due to his compromised immune system, he wasn’t able to visit with others and felt isolated. Unemployed due to the cancer, he was constantly worried about money issues, and felt weak and exhausted. I selected a “comfort package” of Bach Flowers for Jacob. The bottle included Bach Flowers to help him with his deep fears about the uncertainty of the future and for his feelings of despair. Added to this tincture was a remedy helping him to feel more in control of his overwhelming feelings and the stress of decision making. After a few months of using the remedies he felt so much better, feeling both more optimistic and more capable of dealing with life’s challenges.”

“Stewart was also suffering with feelings of stress and anxiety from growing up with an alcoholic parent and suffering neglect in his childhood. He became an addict as well and needed help mending his relationships with his spouse and children, as well as trusting himself. He also needed confidence to change jobs. I chose Bach Flower tinctures for Stewart to help him deal with past traumatic experiences and his feelings of low self-esteem, as well as his addictive tendencies and fears of the unknown. I also added tinctures to help him trust his intuition better and to work with what Stewart called his “paralyzing fears”. Finally, there was a tincture used for easing changes, for he was in a period of tremendous change. Because he’s an alcoholic, Stewart asked that his Bach Flowers be preserved with something other than alcohol, as is usually done, so I used vegetable glycerin instead. This is always an option and is a good solution for those who wish to avoid alcohol. The remedies helped Stewart to face his fears and deal with his issues and relationships in a healthy way.”

“One of my clients, Janice, has been coming to me for Bach Flowers for a long time. She loves her life and is committed to both spiritual and personal growth. She uses Bach Flowers on a regular basis as a tool for growth. Each time we have an appointment, she talks about what’s going on in her life and we create a new Bach Flower formula based on what her current goals are. She attributes much of her growth to the Bach Flowers.”

“Sandy came to me because she felt that her ADHD was making her life unmanageable. Although she was intelligent and highly creative, Sandy had never been successful at holding down a job because she was so easily distracted, and her freelance work was sporadic at best. Sandy complained that she could never quiet down her mind, had a terrible time making decisions, and felt anxious and discouraged. I created a Bach Flower formula that included tinctures to help her quiet her mind from inside, as well as Bach Flower tinctures to help relieve her anxiety (which in many cases is simply noise from outside that we can’t identify). The tincture was also meant to help her make decisions. There was also a tincture to help her feel more optimistic, another to help her realize that she could take on more than she thought, and a final one that helped ground her and actualize her dreams. Sandy had a hard time remembering to take her tinctures, as do many clients with focus and attention-related conditions. We worked on this together, because it’s important to take one’s Bach Flowers regularly (for more on the subject, you can see this article here: https://www.presence-flow.com/how-long-for-my-bach-flowers-to-work/.) After committing to being consistent in taking her Bach Flowers, Sandy started seeing real improvements in her mood and how she felt about herself. Everything quieted down, both inside and outside her head, and she was excited to see how she was able to make decisions more easily.

How to get in touch with Sat-Sung:

Sat-Sung offers consultations both via Zoom, and also in-person at her clinic in Pardes Chana. If you choose a remote consultation by Zoom or phone, Sat-Sung will send you your tincture if you’re in Israel. If you live outside of Israel, she coordinates with a local practitioner to prepare your tincture and send it to you.

Her services are listed here: https://sat-sung.com/packages/ The link also offers ways to get in touch with her if you have any questions and would like more information about Bach Flowers, or would like to book an appointment. There is a WhatsApp button on the side of the page, and a form on the bottom. 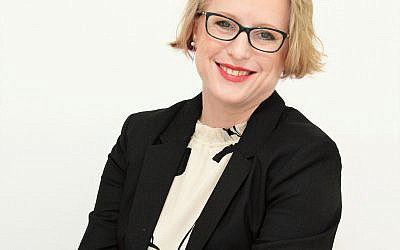 About the Author
Tracey Shipley is a youth and family counselor specializing in addictions and family communication. She was born in the US and moved to Israel in 1984 to continue her studies in Art Therapy. She moved back to the US in 1989 and began working in a drug rehab for teens where she was trained while she worked as a primary counselor. She moved back to Israel in 1996 and continued her work in addictions at the Jerusalem Methadone Clinic for a total of 9 years. She initiated projects for the children of the addicts at the Center, for Ethiopian Teens and a Sober Music Bar for teens and young adults: Sobar Jerusalem.
Comments