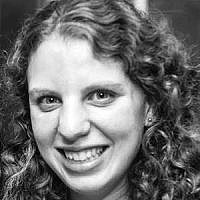 The Blogs
Nina Abrahams
Apply for a Blog
Advertisement
Please note that the posts on The Blogs are contributed by third parties. The opinions, facts and any media content in them are presented solely by the authors, and neither The Times of Israel nor its partners assume any responsibility for them. Please contact us in case of abuse. In case of abuse,
Report this post.

What are you doing next year… after graduation?

This is perhaps the most unnerving question to most graduating seniors. Some have no idea what they are doing and are still trying to figure out their professional trajectories. Others know exactly what they will be doing but are nervous and/or excited for their next steps. A third group have a sense of what they will be doing, but do not have a clear idea about their specific plans.

I fall into the third category: In August I will be moving to Israel and getting a dual citizenship (making Aliyah) and soon after will be enlisting in the Israel Defense Forces (IDF) for about two years.

Like my peer graduates, I am nervous and excited to embark on my next steps and make the transition out of undergraduate life. While I have a general sense of what I will be doing and for what purpose, I am in the dark for most of it. I still do not know many of the specifics of the exact job and role I will possess in the IDF, which Kibbutz will become my home when I am not on base, about my paycheck, and when I will have days off or will be able to take an army leave to visit my family and friends in the United States.

I made this decision at the beginning of my freshman year at school and have been doing as much research as possible regarding this decision. I have been speaking to many people who have made this same choice, working on my Hebrew, and have even taken appropriate courses that I hope will help me in Israel. My family and friends have known my decision for at least two years, as well.

However, I have also been a little skeptical about telling faculty, staff, and even peer students in my university (and especially in my major) what my plans for post-graduation are, but for a reason other than the unknown.

Universities in the United States are generally very liberal institutions. I consider myself a pretty politically liberal person, which is why I am proud to be a Human Development major which has a strong concentration in social justice and creating social change (see my ‘WarCorps’ post). Unfortunately, Israel and social justice are not typically aligned in the same sentence, and the military and social justice are definitely not put in the same sentence; therefore enlisting in the Israeli Defence Forces is basically the antonym for social justice. I know that is not true, but I was sure my future choice would be perceived that way by my academic peers.

At some point this year as I was asked what my plans would be upon graduation, I took a breath and hesitantly replied awaiting the worst possible expression, face, or even a verbal attack. I was not attacked at all. Virtually everyone I have shared this decision with have been impressed and even awestruck. Some do not understand, but for the most part I have received an overwhelming amount of positive support. I realized that I would not be able to please everyone and that I should share my future and my truth with pride to all who ask. I know this is not the situation in many universities across the States. I know others could receive a large amount of negative feedback for the same life change I am choosing. I am lucky.

In just a few days I will be proudly walking down the Binghamton University Events Center with my peer social justice students celebrating the hard work we have done and the change we aspire to do. I will be sporting the graduation cap I decorated with the logos of the different organizations (mostly NGOs) that have impacted my undergraduate experiences next to an army camouflage print to proudly wear on my next steps from student to soldier.

I would like to congratulate all those who are graduating this year and wish that you will find your truth and wear it with pride.

About the Author
Nina is a recent graduate of Binghamton University with a Bachelors of Science in Human Development with a minor in Studio Art. She is passionate about working on and learning about social justice and mental health projects as an advocate and community organizer.
Related Topics
Related Posts
Comments