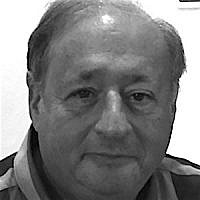 The Blogs
Jack Copelovici
Apply for a Blog
Please note that the posts on The Blogs are contributed by third parties. The opinions, facts and any media content in them are presented solely by the authors, and neither The Times of Israel nor its partners assume any responsibility for them. Please contact us in case of abuse. In case of abuse,
Report this post.

Although we made Aliya only  some three months ago, my wife Ida and I visited Israel often in the years previous and had a good idea what to expect when we moved here.

Unfortunately, when it came to the provision of goods and  services,  it  turned out that our expectations were realized.

I had my own law practice in Toronto for almost 35 years.  The overwhelming majority of my practice involved civil litigation with some criminal work as well.  For the readers from the UK , I was the equivalent of a Barrister.

When a person came into my office with a potential case, my first concern was not whether   s/he would win or lose but rather

If these three questions could be answered satisfactorily, then my client would not be  wasting money in retaining me.

As new olim, particularly from English speaking countries, we are dealing with a regulatory and legal system which appears similar to the one from the “Old Country” yet still seems a maze. Nevertheless, it’s the one we have to deal with and learn about.

The coming blogs will deal with consumer issues, such as rights under the Israeli consumer legislation and how to ensure those rights are enforced.   I will try to help you through the maze.

I remind the reader that I am not an Israeli lawyer and that no information given here is to be  relied upon.  You should  consult your own Israeli lawyer.

The primary statute  dealing with the regulation of   practices in the marketplace is the Consumer Protection Law of 1981 (CPL).  It deals with the provision of either goods or services.

The CPL is an extremely long statute which attempts to be very comprehensive.  A review of its  history shows  that numerous amendments  have been made over the years as new, often deceptive, practices have arisen which required a legislative response.

Nevertheless, by its nature the CPL is very general.  Consumer cases and situations usually have very unique facts, so, before one embarks on attempting to right a wrong committed against them, it is strongly recommended one seek advice, either from a lawyer or a consumer association to prepare the necessary documentation and discuss the situation generally.

The majority of cases involving the CPL  take place in the Israeli Small Claims Courts.  An important fact to remember here is that, while lawyers are not permitted to represent parties in the Small Claims  Court, this can be circumvented if the party itself has a lawyer on staff.  As consumer cases often involve larger corporations, usually as Defendants, it can be expected that the Defendant corporation will be represented by one of its employee lawyers.

This is another reason to get help in preparing your case again either by   consulting  a lawyer or the consumer associations available.

Credit purchases can be  a very complicated area and are also  covered by the CPL. The statute mandates that every contract for the credit  purchase of  goods or services  contain the following information:

It is very important that one ensures that contract cancellation be done properly. The Israeli legal system can be very draconian in the remedies it gives to a creditor party seeking to collect on a debt. Although the system is slow, it can be very effective.  For example, it is not unheard of that a person seeking to leave the country will be stopped from doing so  because s/he owes money under some form of judicial  or  government Order relating to a debt.

Consumers  often  find themselves  owing money to a goods or service provider because they did not properly cancel a contract. The supplier takes the position that the contract  is still ongoing and  will seek to enforce the amounts  said to be owing, often through the credit card information provided.

The CPL provides that cancellation of a contract can take place either verbally or in writing.  It is strongly recommended that all cancellations be made in writing. You may be required to fill out a prescribed  form as per the original contract.  The  person cancelling the contract must provide their  name,  address, and  ID Number.  Delivery of the cancellation should be done   personally, with the obtaining of an acknowledgment  of delivery, or by registered mail or by fax and keeping the fax transmission sheet. Email delivery is not advised unless there is obtained  an acknowledgment of receipt.

Neither Jack Copelovici nor the Times of Israel is liable for any consequences arising from anyone’s reliance on this material, which is presented as general information and not as a legal opinion.  Please consult your own lawyer.

About the Author
Jack Copelovici is married with two children. He is a retired Toronto litigation lawyer. Jack made Aliya in June, 2016.
Related Topics
Related Posts
Comments