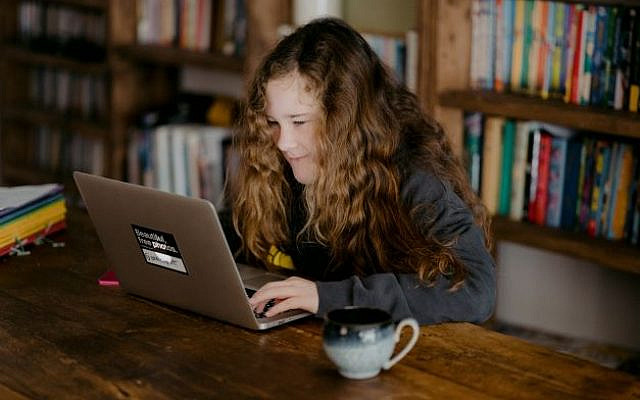 I wonder how many teachers, outside of adult education, can say they taught the same students for nine years. Having been given that privilege, and having recently said goodbye to the two young ladies I got to learn with all those years — who are now embarking on a year of post-high school study in Israel — I can’t help but reflect a bit on those years and our collective accomplishments.

When I first discovered TorahTutors.org in 2012, online learning was still novel and I had no idea where this new role would go. I was asked to take on a small group of students that had just formed, four girls whose parents wanted to bolster their Jewish education and chose Navi (beginning with the book of Joshua) and Mishna (beginning with Brachot) as their subjects. We met once a week for an hour, conveniently after school in their time zone and after my kids’ bedtimes in mine. (Time differences turned out to be a key advantage of online learning that I would never have thought of!) Those one-hour sessions were divided into 30 minutes for Navi and 30 minutes for Mishna, and the girls were very strict about it. “Morah Sarah, it’s time to switch!”

Of course, our group went through some changes over the years. In the beginning, I gave them homework, usually follow-up thought questions or the chance to look at a text before we studied it together; as they got older and other demands on their time increased, we dropped that so as not to create stress. I began to discover some of the benefits of independent, individualized learning: we could be as formal or informal, as rigorous or as relaxed, as we wanted, and nothing was set in stone.

As we continued our studies, we moved from Joshua to Judges; we finished Brachot and selected Bava Metzia next. Two of the girls eventually left the group because of schoolwork and other activities; the two who remained eventually added a second hour per week, segued from Mishna to Gemara, and added a third topic – philosophy. Try fitting three subjects into two one-hour sessions… Our neat half-hour divisions became a thing of the past. Instead, with nothing set in stone, we would learn one topic for a week or two or three at a time, until we got to a stopping point, and then switch, cycling through Navi, Gemara, and philosophy at our own pace.

Having taught in high schools where I was often reminded of the importance of getting to X chapter or book by the end of the year, I often worried about that pace. I was self-conscious about how little measurable ground we had covered, afraid the students would feel they weren’t moving or the parents would feel they weren’t getting enough for their money. It felt the most striking in the context of Navi: we took two years to finish the book of Joshua, and at our last session together a few weeks ago, we just managed to finish chapter 16 of Judges – having spent, apparently, 7 years on those 16 chapters. What were we doing? Could I justify how little text we had covered? Over the years, I would sometimes try doing math to reassure myself: How many hours might a day school devote to Navi in a year, how much would most day school Navi classes realistically cover in those hours, and were we accomplishing approximately the same amount per hour?

I am the first to extoll the benefits of a day school experience, when it works for a student; my awe at the potential individualized tutoring holds should not be seen as taking away from that. (Perhaps in an ideal world, we could have both.) In particular, it can sometimes be necessary and even beneficial, at least to some degree, to measure progress by verses/chapters/pages covered. There is much to say for breadth of knowledge; few Jewish educators can stomach the idea of sending their students off without having covered some basic amount of text, and rightly so, though opinions will vary as to what is necessary. Measuring pages or units can also build a tremendous, and tremendously valuable, sense of accomplishment. I was fortunate to teach Gemara one year to a class whose curriculum was “finish Tractate Megillah in an academic year.” We did it, celebrating with a siyum at the end of the year that had me in tears at our collective, measurable accomplishment. (I’m quite sure my students were similarly moved, if only by surprise at hearing the quiver in their teacher’s voice.) The success of the Daf Yomi program, and others like it, attests to the meaning many of us find in covering ground and being able to say we’ve completed a full unit of study.

On the other hand, it would be tragic to learn only for breadth and never experience depth or the freedom to explore.

What were my TorahTutors students and I doing all those years? At back-to-school night, my son’s fifth-grade teacher shared that in addition to several parshiyot of Shemot and an introduction to Mishna, they would be learning the first 16 chapters of the Book of Judges this year – the same Navi content I learned with my students over the course of 7 years. In all those years, with extremely bright students who were older than my son and his classmates, we didn’t finish the book, didn’t finish tractate Bava Metzia or even a chapter of it, didn’t finish the list of Maimonides’ works we had set out to study. What were we doing?

I remember early in the book of Judges, when we got to the Song of Deborah (chapter 5) and I cautioned the three girls then in the group that we were about to embark on poetry that might be challenging both linguistically and conceptually. I said we had two choices: we could read through it to get a general idea, perhaps selecting a few verses to explore in greater detail, or we could take a slow pace and really delve into Deborah’s words and those of commentaries on the text.

I was grateful to be able to offer them that choice, to have the freedom of our individualized setting to open up to their interests – and the girls, who must have been about 12 at the time, unanimously chose to delve. Several times over the course of the year we spent on that chapter alone, I wondered whether they might be tiring of the poetry or feeling frustrated by the lack of measurable progress, so I asked again, since it wasn’t set in stone – are you sure? Do you want to move a little faster? “We want to delve!”

And because we delved, into Deborah’s Song and whatever else came our way, slowly but surely, we uncovered amazing gems of interpretation and insight.

Without the time to delve, as a teacher, I might not have even seen the beautiful lines of commentary that inspired various articles I’ve written since – such as this one and this one (about a verse elsewhere in the Bible, but one I only noticed because it relates to Judges 10:16, a verse that quite swept my students and me off our feet once we’d explored commentaries on it), and, in the realm of Talmud and appropriate for this time of year, this one. And others.

We explored different approaches to biblical interpretation; they learned to anticipate what sort of questions certain commentators were likely to ask and to recognize, with a thrill like greeting an old friend, when a commentator said something particularly according to type. We discussed and we analyzed; we learned and we grew.

One hopes there is some of that in every class. But although there is a lot of good that I miss about teaching in a school, the freedom to simply engage with my students and the text – to simply notice details, to dig out tidbits from every commentary and see what we could do with them, to explore related articles and expand on all sorts of related topics as they arose – has been, indeed, an immeasurable privilege.