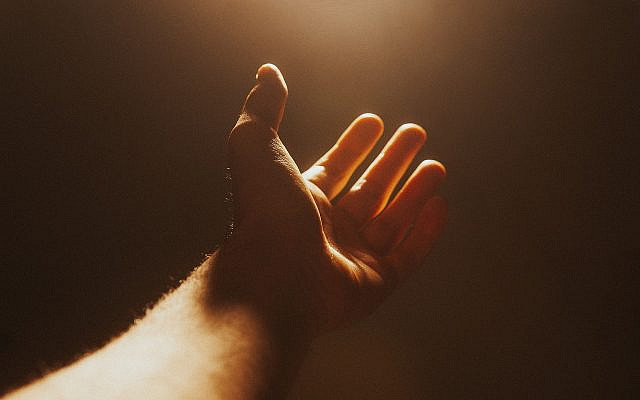 The Lord spoke to Moshe, saying, “Tell the Israelites to take an offering for Me; take My offering from all whose heart moves them to give” (Ex. 25:1-2).

Our parsha marks a turning point in the relationship between the Israelites and God. Ostensibly what was new was the product: the Sanctuary, the travelling home for the Divine Presence as the people journeyed through the wilderness.

But a case could be made for saying that even more than the product was the process, summed up in the word that gives our parsha its name, Terumah, meaning, a gift, a contribution, an offering. The parsha is telling us something very profound. Giving confers dignity. Receiving does not.

Until that moment, the Israelites had been recipients. Virtually everything they had experienced had been God-given. He had redeemed them from Egypt, liberated them from slavery, led them through the wilderness, and created a path for them through the sea. When they were hungry, He gave them food. When they were thirsty, He gave them water. Apart from the battle against the Amalekites, they had done almost nothing for themselves.

Though at every physical level this was an unparalleled deliverance, the psychological effects were not good. The Israelites became dependent, expectant, irresponsible and immature. The Torah chronicles their repeated complaints. Reading them, we feel that they were an ungrateful, querulous, petulant people.

Yet, what else were they to do? They couldn’t have crossed the sea by themselves. They couldn’t have found food or water in the wilderness. What produced results was complaining. The people complained to Moshe. Moshe turned to God. God performed a miracle. The result was that, from the people’s perspective, complaining worked.

One of my early memories, still blazing through the mists of forgotten time, goes back to when I was a child of perhaps six or seven years old. I was blessed with very caring, and also very protective, parents. Life had not given them many chances, and they were determined that we, their four sons, should have some of the opportunities they were denied. My late father of blessed memory took immense pride in me, his firstborn son.

It seemed to me very important to show him my gratitude. But what could I possibly give him? Whatever I had, I had received from my mother and him. It was a completely asymmetrical relationship.

Eventually, in some shop I found a plastic model of a silver trophy. Underneath it was a plaque that read, “To the best father in the world.” Today, all these years later, I cringe at the memory of that object. It was cheap, banal, almost comically absurd. What was unforgettable, though, was what he did after I had given it to him.

I can’t remember what he said, or whether he even smiled. What I do remember is that he placed it on his bedside table, where it remained – humble, trite – for all the years that I was living at home.

He allowed me to give him something, and then showed that the gift mattered to him. In that act, he gave me dignity. He let me see that I could give even to someone who had given me all I had.

There is a strange provision of Jewish law that embodies this idea. “Even a poor person who is dependent on tzedakah (charity) is obligated to give tzedakah to another person.”[1] On the face of it, this makes no sense at all. Why should a person who depends on charity be obligated to give charity? The principle of tzedakah is surely that one who has more than they need should give to one who has less than they need. By definition, someone who is dependent on tzedakah does not have more than they need.

The truth is, however, that tzedakah is not only directed to people’s physical needs but also their psychological situation. To need and receive tzedakah is, according to one of Judaism’s most profound insights, inherently humiliating. As we say in Birkat ha-Mazon, “Please, O Lord our God, do not make us dependent on the gifts or loans of other people, but only on Your full, open, holy and generous hand so that we may suffer neither shame nor humiliation for ever and for all time.”

Many of the laws of tzedakah reflect this fact, such that it is preferable that the giver does not know to whom they give, and the recipient does not know from whom they receive. According to a famous ruling of Maimonides the highest of all levels of tzedakah is, “to fortify a fellow Jew and give them a gift, a loan, form with them a partnership, or find work for them, until they are strong enough so that they do not need to ask others [for sustenance].”[2] This is not charity at all in the conventional sense. It is finding someone employment or helping them start a business. Why then should it be the highest form of tzedakah? Because it is giving someone back their dignity.

Someone who is dependent on tzedakah has physical needs, and these must be met by other people or by community as a whole. But they also have psychological needs. That is why Jewish law rules that they must give to others. Giving confers dignity, and no one should be deprived of it.

The entire account of the construction of the Mishkan, the Sanctuary, is very strange indeed. King Solomon said in his address on the dedication of the Temple in Jerusalem, “But will God really dwell on earth? Even the heavens to their uttermost reaches cannot contain You, how much less this House that I have built!” (1 Kings 8:27). If that applied to the Temple in all its glory, how much more so of the Mishkan, a tiny, portable shrine made of beams and hangings that could be dismantled every time the people journeyed and reassembled every time they encamped. How could that possibly be a home for the God who created the universe, brought empires to their knees, performed miracles and wonders, and whose presence was almost unbearable in its intensity?

Yet, in its small but human way, I think what my father did when he put my cheap plastic gift by his bedside all those years ago was perhaps the most generous thing he did for me. And lehavdil, please forgive the comparison, this is also what God did for us when He allowed the Israelites to present Him with offerings, and then use them to make a kind of home for the Divine Presence. It was an act of immense if paradoxical generosity.

It also tells us something very profound about Judaism. God wants us to have dignity. We are not tainted by original sin. We are not incapable of good without Divine grace. Faith is not mere submission. We are God’s image, His children, His ambassadors, His partners, His emissaries. He wants us not merely to receive but also to give. And He is willing to live in the home we build for Him, however humble, however small.

This is hinted in the word that gives our parsha its name: Terumah. This is usually translated as an offering, a contribution. It really means something we lift. The paradox of giving is that when we lift something to give to another, it is we ourselves who are lifted.

I believe that what elevates us in life is not what we receive but what we give. The more of ourselves that we give, the greater we become.