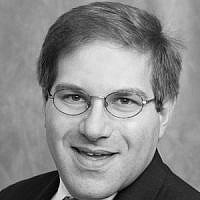 The Blogs
Donny Reich
Apply for a Blog
Advertisement
Please note that the posts on The Blogs are contributed by third parties. The opinions, facts and any media content in them are presented solely by the authors, and neither The Times of Israel nor its partners assume any responsibility for them. Please contact us in case of abuse. In case of abuse,
Report this post.

In the aftermath of the recent elections, pressure has increased on Israel to return to the ’67 borders, also known as the 1949 armistice lines. This is the basis of the ‘2 State Solution’ that most of the world would like to impose on Israel.

But on a practical level, what does a return to the ’67 borders mean?

Here is just a taste of what would happen:

1. Jewish access to all significant Jewish holy sites would be, at best, severely limited. We know this from both past and present experiences. Before 1967 Jews were banned from Jewish holy sites In Judea, Samaria and Jerusalem. Jews could not visit the Kotel, or the Temple Mount. Jews were not only banned from the ancient Mt. of Olives cemetery, but helplessly watched as the Jordanians defiled graves. Access to Rachel’s Tomb in Bethlehem and Cave of the Machpela was completely banned.

Even today, Jewish access is severely limited at Judaism’s holiest site, the Temple Mount (at best 6 days a week for 2 hours a day) and prayer is strictly forbidden there. Prayer and access to the Western Wall is limited to a tiny section of it. Access to Rachel’s Tomb is restricted, as is access to and prayer at the Tomb of the Patriarchs, including days where Jews are completely banned. But more interesting is the case of Joseph’s Tomb, which was handed over to the PA after the Oslo Accords, with the stipulation that the PA ensure the safety of the site and its worshippers. Jewish access there, however, is all but banned; the site has been attacked, vandalized and torched numerous times.

2. Security. Israeli control of Judea & Samaria protects Jerusalem, Ben-Gurion Airport, as well as the Tel Aviv area and the coastal towns well to the north. The city of Modiin is surrounded on 3 sides by the ‘Green Line’ as well as its neighboring communities including Kibbutz Shaalvim and Moshav M’vo Modiim. Highway 6, one of Israel’s main north-south arteries, in certain sections all but ‘hugs’ the ‘Green Line’. Israeli control over Judea & Samaria ensures the security here.

Without Israeli control Jerusalem would essentially be isolated from the rest of the country, surrounded by ‘palestinians’. History has proven this to be unsafe. The settlement blocks of Gush Etzyon, Maaleh Adumim and others prevent that from happening.

The settlements on the Samarian hills ensure that no attacks can be launched on the coastal plain, including Tel-Aviv, Ben-Gurion Airport, Ra’anana, Netanya and other cities

Prior to 1967, Kibbutz Shaalvim was surrounded on 3 sides by the Jordanian ‘border’, and was effectively cut off from the rest of Israel. Thanks to the settlements built nearby, including Modiin Ilit, Hashmonaim and Mevo Choron, the residents of Shaalvim can breathe freely. The city of Modiin, with 100,000 residents, was built nearby. Removing these settlements and returning to the ’67 borders would endanger all these citizens, cutting them off from the rest of the country

3. Infrastructure and contiguity. By removing all settlements and returning to the ’67 borders, access to Jerusalem by the two main entrances (Highways 1 & 443) would be cease to exist. The city would almost be cut off entirely from the rest of the country.

Parts of Highway 6 would have to be closed. North – South traffic in Israel would grind to a halt.

The landing pattern for more than 50% of all flights coming into Ben – Gurion Airport would have to be scrubbed. This would severely limit all air traffic into the country, as the landing pattern goes over the Samarian Hills.

4. Over half a million Israelis would be made homeless – most of them from the center of the country. The center already has a severe housing crisis. Refugees from the 2005 Gaza disengagement STILL have not found permanent homes. This would cause a humanitarian disaster.

In short, a return to the ’67 Borders would make Israel a country that would not be able to function on a day to day basis. Jews would be denied access from their religious and holy sites. The borders would be indefensible, infrastructure would collapse. Commerce would grind to a halt, and nearly 10% of the population would be made homeless.

The old armistice lines barely worked when there were 600,000 Jews living in Israel. Now with over 6 million, it would be impossible

About the Author
Donny Reich made Aliyah in 2012 and lives in Modiin with his 2 teenage children.
Related Topics
Related Posts
Comments