A few months ago, I went swimming in the warm waters of the Mediterranean Sea on the coast of Israel. As I swam, I kept getting pieces of plastic in my hands and on my face. This was the first time in my life that I  had seen so much plastic in the water. And little did I realize that I was swimming in a sea of microplastic.

According to a recent study, plastic pollution in sea water is breaking down into tinier and tinier pieces, making its way into the bodies of sea creatures off the coast of Israel. Such microplastics eaten by fish and other seafood ultimately make their way into both the wild food chain, including seabirds, and the human food chain. 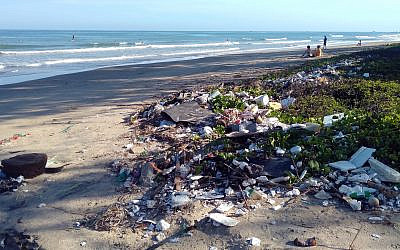 “The Mediterranean Sea is particularly vulnerable to plastic pollution, and has more than its fair share of floating plastic debris: up to 55% of all floating ocean particles,” according to the European Commission’s Joint Research Center. “This is largely due to its semi-enclosed nature, high coastal population density, intense touristic and maritime activities, and general marine circulation patterns.”

The Washington Post reported that nonbiodegradable plastics in our planet’s oceans “are ubiquitous even at depths of more than 6,000 meters and 92 percent are single-use products.” Single-use plastic has even reached the world’s deepest ocean trench at 10,898 meters,  according to researchers led by Sanae Chiba.  Plastics in water over long periods of time can also release toxic chemicals that affect ocean plant life on which huge ecosystems depend. By 2050, some believe there will be more plastic (by weight) in the oceans than fish, as the World Economic Forum noted.

Where is this plastic coming from? I recently entered a store in Israel that sells ONLY disposable items. In preparing for a family meal, I could come to this store and buy all I “need,” then after the meal wrap everything up in the plastic table cloth, and throw it away without another thought. Israelis consume the largest number of plastic cups in the world on a per capita basis, says Israel Aviav, co-founder and CEO of WinPac, as reported in The Calcalist. 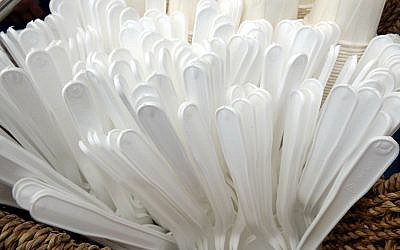 Image by Dennis from Pixabay

That translates to Israelis using more than 250 million plastic cups (as well as 12 million paper cups) per month. “Every office, every kiosk, every doctor’s clinic, they all use plastic cups,” Aviav says. The Calcalist cited a 2014 survey by Israeli business information group Coface BDi which estimated sales of disposables and plastic tableware in Israel at around $124 million (NIS 450 million) annually. By 2018, BDi estimated that annual sales had reached $187 million (NIS 680 million), a 51% growth in four years.

The coronavirus pandemic and resulting public health demands have driven a huge increase in plastics for masks and medical personal protective gear. As the vaccines stem the spread of the virus, this specific pandemic-related increase in plastics should recede. The question is, will pandemic-spurred, renewed use of consumer products like plastic grocery bags and disposable food containers keep growing? And what will be the impact of this growth?

This Saturday, Jewish communities around the world conclude reading the Book of Genesis, which ends with the blessings of Jacob. Jacob’s life can shed light on contemporary society’s love affair with disposables.

Before Jacob’s epic encounter with Esau – reuniting with his brother after decades of estrangement – Jacob brings his family and possessions across a stream (Genesis 32:25). He then recrosses the stream at night, and the Torah narrates that “Jacob remained alone.” As I noted in this article from Canfei Nesharim, now a part of Grow Torah, the rabbis see the word “alone” (levado) as superfluous and understand it as related to the similar sounding lekado, “for his vessel,” yielding “Jacob remained for his vessel.”

That is, say the rabbis, he recrossed the stream at night to recover a few small vessels he forgot to bring across (Babylonian Talmud, Chulin, 91a). Why would Jacob, facing an imminent confrontation with Esau and his 400-man militia, leave his family alone and vulnerable to recover a few forgotten containers? Why were these so important to him? 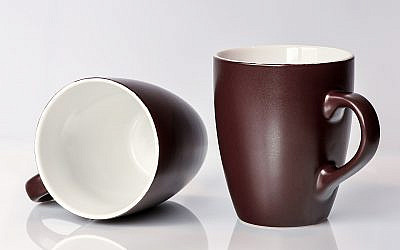 Image by Nicole Köhler from Pixabay

The seeming absurdity becomes understandable when one examines Jacob’s worldview: he believes everything in his possession comes from God, has a specific purpose, and must be used to its full potential. As one rabbinic commentary explains, each material item that a righteous person uses is a means toward spiritual repair in the world. The righteous strive to recognize the value of their God-given possessions and to be careful with them, no matter how small or seemingly insignificant.

Jacob’s choice exposes a striking contrast between two worldviews: one sees the things we own as essential and indispensable, while the other views them as expendable and disposable. Jacob’s example epitomizes a challenge for those of us who live in societies of abundance and built-in obsolescence, where it is so easy to throw things away and sometimes impossible to get older things repaired.

Even in 1955, the retailing analyst Victor Lebow wrote, “Our enormously productive economy demands that we make consumption our way of life, that we convert the buying and use of goods into rituals, that we seek our spiritual satisfactions, our ego satisfactions, in consumption. . . We need things consumed, burned up, worn out, replaced, and discarded at an ever increasing pace.”

Our accelerating throwaway relationship with the resources we consume has significant consequences for the planet now and in the future. Most of the big things that happen in the world result from an accumulation of many small things over time. We think what we discard is small and temporary, but we forget how many billions of other small disposables are accumulating and persisting along with ours in the larger environment.

Today’s global environmental crises can be pinned on no one group of people or nation. This applies to ocean plastic, vast garbage dumps, and climate change. Solving these challenges will require the participation of individuals in Israel and worldwide. The Israeli government last month approved rules for fines to enforce the Plastic Bag Law., as Sue Surkes reported in The Times of Israel. It is on this crucial level of the individual that Jacob’s actions can speak to us so profoundly even today. More on this is available in Eco Bible, which I recently co-authored, together with Rabbi Leo Dee. 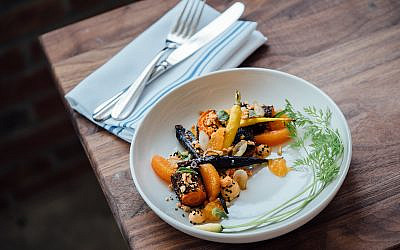 Image by Pexels from Pixabay

Rebbe Nachman of Breslov offers this teaching based on kabbalistic sources: “Everything in the world has in it sparks of holiness . . . According to this understanding, an object comes to a person for the purpose of spiritual elevation, and reuse of a physical object enables a further spiritual elevation of the sparks of holiness within the object.”

Since my encounter with plastic in the Mediterranean Sea, in addition to many environmental steps my family already takes, I decided to only get takeout food with my own containers. Some people ask why I’m washing a durable container with water, when I can use disposables and then toss them without washing. I say two things to them: the first is that I am inspired by religious figures, like Jacob, who practice their spirituality by using physical things in a holy way. There are holy sparks in what we reuse.

The second is that on balance, it’s better to wash a durable plate with a modest amount of soap and water, or use an ecological dishwasher, than to use a disposable and to toss it out with no regard to its ultimate destination. The price of “cheap” disposables to the Earth, and to human health, is huge. By raising “sparks” to Heaven, we also refrain from turning parts of the earth’s ocean into floating garbage dumps. This is important spiritual work. Rabbi Amorai asked, “Where is the Garden of Eden?” He replied, “It is on earth.” 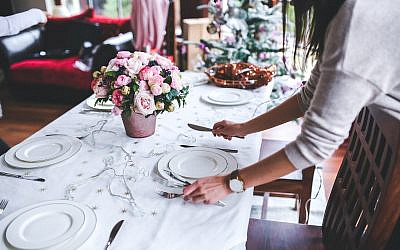 Image by Pexels from Pixabay
About the Author
Rabbi Yonatan Neril founded and directs The Interfaith Center for Sustainable Development and its Jewish Eco Seminars branch. Raised in California, Yonatan completed an M.A. and B.A. from Stanford University with a global environmental focus , and received rabbinical ordination in Israel. He speaks internationally on religion and the environment, and co-organized twelve interfaith environmental conferences in Israel and the U.S. He is the lead author and general editor of three books on Jewish environmental ethics, including Eco Bible, a bestseller in several Amazon Kindle categories. He lives with his wife, Shana and their two children in Jerusalem.
Related Topics
Related Posts
Comments