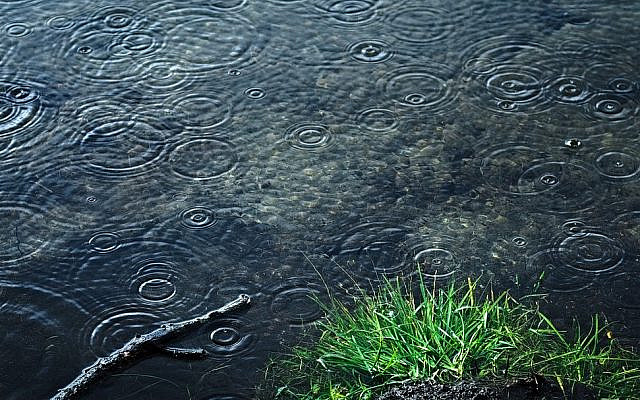 This Saturday night, December 5th, we will begin to add “וְתֵן טַל וּמָטָר לִבְרָכָה,” the prayer for rain in its right time, into our weekday Shmoneh Esrei. The key halakhot that one must know regarding this are as follows: if one forgets to add this prayer in during בָּרֵךְ עָלֵֽינוּ, they may add it in later during שְׁמַע קוֹלֵֽנוּ. If one forgets to add it in שְׁמַע קוֹלֵֽנוּ, they must go back to בָּרֵךְ עָלֵֽינוּ as long as one hasn’t concluded Shmoneh Esrei. If one has concluded Shmoneh Esrei and not said it, then Shmoneh Esrei must be repeated. If one isn’t sure if she said it or not, she must go back for the first 30 days of the addition. After that, we assume that she has said it out of habit.

The answer starts with the Talmud. This addition is made as a special prayer for rain, which was much needed when Jews were farmers and their lives revolved around agriculture. The Talmud tells us that in Israel, the time that the rain was needed was a few weeks after Sukkot. But in Babylon, the correct time for rain was 60 days after the ‘tekufa – autumnal equinox.’ The autumnal equinox falls out around September 21st, and 60 days after that is November 21st. So far, so good. But then how do we get to December 4th?

A prior and related question to ask is – why do we even care when Babylon needs the rain, if we are not living in there? Rosh, the 13th century Spanish halakhist, said as much, arguing that this is not an instance of ruling like the Babylonian Talmud, it is simply a question of when you need rain where you are living. The Jews of Spain needed rain much earlier, and there were times where they would fast and pray for rain weeks before they began saying וְתֵן טַל וּמָטָר לִבְרָכָה. Rosh fulminated against this and called on the people to start adding this phrase at an earlier date, yet his protests fell on deaf ears. The people’s practice remained, and our halakha is, that one adds vi’ten tal u’matar based solely on the date that rain is needed in Babylon! Rosh’s position only finds echo in the ruling that if a person accidentally added in וְתֵן טַל וּמָטָר לִבְרָכָה earlier than indicated, they need not repeat Shmoneh Esrei if they made this addition during a time when rain is normally needed in their country. The upshot of this is simply that the Talmudic date stuck, even when it stopped carrying the original meaning. 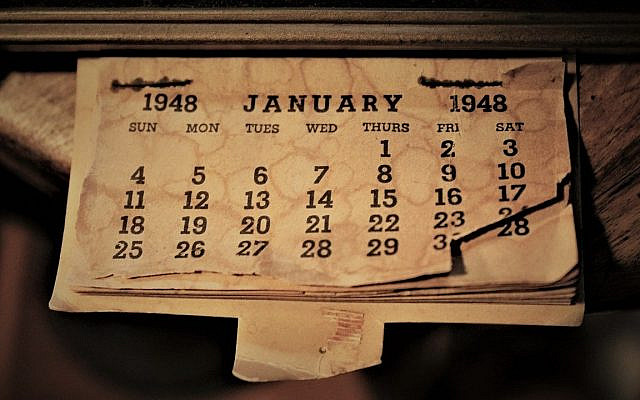 By the time of Pope Gregory, and the day loss based on the old calendar had added up to about 10 days. In order to realign the calendar to the solar cycle, the Gregorian calendar took a 10 day leap – people went to sleep on Thursday night October 4th, 1582, and woke up on Friday morning, October 15th 1582 (talk about changing the clocks!).

What all of this shows is that, at times, even as the world around us changes, we hold onto our old ways of doing things. We left Babylon to live in Spain, France and Germany, and yet we would say וְתֵן טַל וּמָטָר לִבְרָכָה based on the time that rain is needed in Babylon. We corrected our calendar to be in sync with the solar year, yet our prayer remains anchored to the older calendar.

Now, there is something very beautiful about this practice – about traditional Judaism holding fast to its venerable traditions even as the world around us changes. Still, one can assume that what made that more possible in this case is that fact that we see the issue of the date for adding וְתֵן טַל וּמָטָר לִבְרָכָה as a purely technical one, a question which doesn’t affect our lives very much; we aren’t farmers and we don’t pray for rain to sustain our livelihoods. We can imagine, however, if we had continued to be farmers and need rain at a different time, that the opinion of Rosh would have prevailed. Namely, that people would have adapted to the current realities and started saying the bracha when they needed it where they lived, and according to the calendar that accurately reflected the seasons.

This is the challenge that we are now faced with. We’ve lived now with the Coronavirus for the better part of a year. With a vaccine on the horizon, we can pray that we will be returning in the not-too-distant future to something that is akin to our old reality. Akin, but unquestionably different. We will be living, even then, in a new reality. How will we respond when the issues are bigger than technical questions of an addition to the Shmomeh Esrei? Will we continue to use the Julian calendar even then? Or will we adopt the principle of the Rosh and learn how to adapt to our new realities, remaining all the time deeply rooted in our traditions and halakhic commitments? For the foreseeable future we will continue say וְתֵן טַל וּמָטָר לִבְרָכָה on the night of December 4th (or 5th), until such a time as Jews return to farming. Yet as we think about the reality we are in and the changed reality we will be arriving at, let us take seriously Rosh’s position and the challenge he presents to us all: to simultaneously hold onto tradition as it was and to respond to the world as it now is and how it has become.