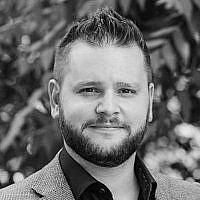 The Blogs
Jonathon Van Maren
Apply for a Blog
Advertisement
Please note that the posts on The Blogs are contributed by third parties. The opinions, facts and any media content in them are presented solely by the authors, and neither The Times of Israel nor its partners assume any responsibility for them. Please contact us in case of abuse. In case of abuse,
Report this post.

On March 27, 2018, CNN reported that an 85-year-old Holocaust survivor named Mireille Knoll was stabbed to death in her Paris apartment, which was then set on fire—officials believe the attack was motivated by anti-Semitism. As a ten-year-old girl, Knoll evaded the Vel’ d’Hiv Roundup in 1942 that resulted in the Nazi-directed mass arrest of 13,000 French Jews by French police. The men, women and children were kept in brutal conditions in the Vel d’Hiv cycling track stadium in Paris—before thousands were forced into cattle cars and shipped off to an ugly death in Auschwitz. (The 2006 novel Sarah’s Key told the story of one of the 4,000 children that were also imprisoned in the stadium).

And on April 12, 2018 the Washington Post reported that a survey of 1,350 American adults revealed that 66% of Millenials didn’t know what Auschwitz was, and 22% either hadn’t heard of the Holocaust or “weren’t sure” what it was. These devastating numbers come just as the alt-right attempts to disseminate the same spurious anti-Semitic conspiracy theories about the Jews that have been disseminated for centuries and reports show skyrocketing attacks on Jews across Europe, with many forced to either hide or leave the countries they have resided in for decades.

We underestimate the cost of losing historical knowledge at our peril. When we forget what happened only a generation ago—and as I’ve written before, these events are still for some living memory rather than history—we ensure that we will not recognize the conditions that allowed these things to happen in the first place. Suddenly, young men can march with Nazi flags in American streets, even though some probably had grandfathers who took up arms against the last bearers of that flag. Anti-Semitic crimes can be written off as isolated events rather than a dangerous indication of old demons stirring.

That is why Dr. Jordan Peterson is frequently moved to tears as he begs his listeners to realize that it was so-called “good” people and “normal” people and “nice” people that allowed the Holocaust to happen—and in many cases, even facilitated it. We must all realize, Peterson says with a passion that demands attention, that it was people like us who murdered the Jews, and it is essential that we understand why that happened, and how that happened. It is why he asks that his followers read Aleksandr Solzhenitsyn’s The Gulag Archipelago, and William Shirer’s The Rise and Fall of the Third Reich, and Iris Chang’s The Rape of Nanking.

“If only it were all so simple!” Solzhenitsyn wrote in The Gulag Archipelago, “If only there were evil people somewhere insidiously committing evil deeds, and it were necessary only to separate them from the rest of us and destroy them. But the line dividing good and evil cuts through the heart of every human being. And who is willing to destroy a piece of his own heart?” And how are we to know what we need to destroy if we do not even know what people are capable of? If we do not even understand the magnitude of horror and evil that modern, civilized man committed within the realm of living memory?

I’ve been privileged, over the past decade, to interview many who survived the Holocaust, or bore witness to it, or knew those who saw with their own eyes the savagery that was inflicted on millions of innocents. I spoke with Pinchas Gutter, who survived six concentration camps, saw his family die, and witnessed the beginning of the Warsaw Ghetto Uprising. I spoke to Mariette Rozen, who was separated from her family and hidden with strangers in the Netherlands. I listened as a Holocaust survivor named Eva Schloss told me her memories of a little girl named Anne Frank, who she once played with on the streets of Amsterdam. I even interviewed Hessy Taft about her extraordinary story, when as a little girl she once won a beauty contest for Aryan children in the Third Reich—even though she was Jewish.

And as these men and women and children suffered such unimaginable horrors at the hands of other men and women, millions of people calmly went about their lives, each secure in the fact that the evil that had seeped into their society was not their problem. In her last interview in 2016 before she died last year, the secretary of Hitler’s propaganda minister Joseph Goebbels dismissed the idea that she’d done anything wrong—and that others would have done anything different, had they been in her shoes. “Really,” she said. “I didn’t do anything other than type in Goebbels’ office. Those people nowadays who say they would have stood up against the Nazis—I believe they are sincere in meaning that, but believe me, most of them wouldn’t have.”

That is Jordan Peterson’s fundamental point—that most of us wouldn’t have done anything. History—which we no longer know—proves that he is right. Not knowing history allows us to delude ourselves into thinking that we are good people who might have done great and courageous things had we been given the chance, while often avoiding any opportunity to do anything good or self-sacrificial now. To forget history is to in a very real sense forget who we are and assume that we are morally superior to our ancestors. And it means that we can blithely ignore such things as they begin to happen again, perhaps to other groups of human beings this time.

I’ve also had the opportunity to interview exceptional people who show us what human beings can be capable of. I spoke with Barbara Winton, who wrote the biography of her father Sir Nicholas Winton, the man who organized “kinder transports” that saved 669 Jewish children from the Nazis. He was too deaf to speak on the phone himself as the time—he has since passed away—but his daughter described his legacy, and how he refused to succumb to what he called “passive goodness.” And I spoke with the daughter of Irene Gut Opdyke, who at the age of 20 saw a Nazi soldier murder an infant—and decided to do whatever she could to save as many as she could, smuggling food to the Jews imprisoned in the Polish Radom Ghetto and hiding twelve Jews in her basement, suffering horribly for her noble deeds.

We recognize these people as exceptional because they were the exception. It is essential that we remember that fact. Most people did nothing while millions were destroyed. Many collaborated in active ways. Even more collaborated in passive ways, making the murderous system work as it ground people into ash and dust. It would be easier to forget all of this. History is a mirror that shows us the savagery and evil that lives within the human heart. History reminds us that we are not good, and that we must constantly struggle to ensure that the demons which emerge in our cultures are rooted out—or they will destroy millions of innocents again. History serves as a collective conscience, breaking down our delusions and warning us of what lives within our hearts.

About the Author
Jonathon Van Maren is a writer from the Greater Toronto Area with an affinity for history and politics. His work has been featured in the National Post, the National Review, The Jewish Independent, and elsewhere.
Comments 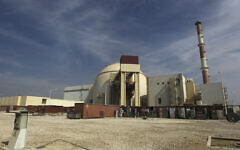