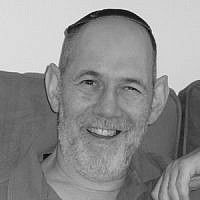 The Blogs
Martin Krossel
Apply for a Blog
Please note that the posts on The Blogs are contributed by third parties. The opinions, facts and any media content in them are presented solely by the authors, and neither The Times of Israel nor its partners assume any responsibility for them. Please contact us in case of abuse. In case of abuse,
Report this post. 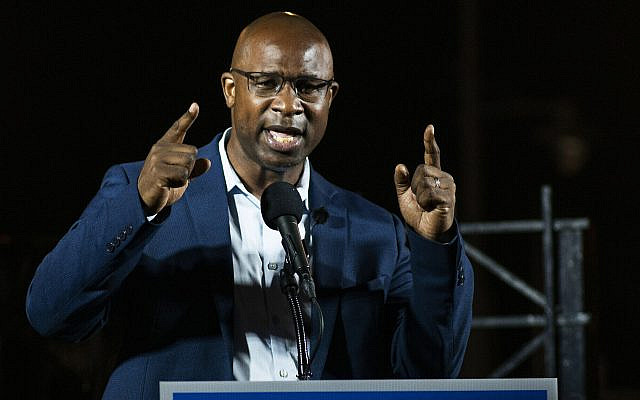 The defeat of incumbent Congressman Eliot Engel in a June Democratic primary may turn out to be the year’s most consequential political event leading up to the November elections. It may seem odd to focus on the outcome of a local primary. But Engel’s defeat may be a harbinger of long-term trends in both domestic and foreign affairs.

Engel, who was first elected to Congress in 1988, was defeated by political novice Jamaal Bowman who captured more than 60 percent of the vote. The incumbent was endorsed by Nancy Pelosi and Hillary Clinton, and most elected Democratic politicians in his 16th New York Congressional District.  He almost always voted with his fellow Democrats, although he opposed Barack Obama’s Iran nuclear deal. Bowman on the other hand had the support of former presidential candidate Bernie Sanders, star Congresswoman Alexandria Ocasio-Cortez, and others on the more extreme left-wing of the Democratic Party.

Whereas Engel has long been a stalwart of the pro-Israel community,  Bowman’s campaign included some disturbing left-wing tropes. While Bowman denounced anti-Semitism in America and vowed to fight it, he attributed all of the anti-Jewish hate to “ethnocentrist nationalism,” “white nationalists,” and “right-wing extremists.” But he ignored the reality that most of the anti-Jewish violence over the last year targeted  ultra-Orthodox victims in Brooklyn, Monsey, and Los Angeles.

Bowman’s position on Palestinian-Israeli relations is just as sly. On one hand, he acknowledges Israel’s right to exist “as the result of thousands of years of struggle for Jewish rights and security.” Furthermore, Israelis have the right to live “free from the fear of violence and terrorism from Hamas and other extremists, and he expressed support for continued US aid to help Israel confront these security challenges.” He has also declared himself to be an opponent of BDS. On the other hand, he asserts, “I can also understand the crushing poverty and deprivation in Gaza. I believe Palestinians have the same rights to freedom and dignity” and he pledged to “fight for their liberation” Who is responsible for the Palestinians being oppressed? Bowman could find only one villain — “the presence of the [Israeli] military on the West Bank.”

Yet, in an open letter to Bowman during the campaign, Avi Weiss, a prominent liberal Orthodox rabbi, tried to get Bowman to take stands on issue such as Palestinian terrorism, the Taylor Force Act which punishes the payment of stipends of to terrorists in Israeli jails. and Palestinian Authority human rights abuses. Bowman’s response was mostly evasive. Clearly, Bowman was unwilling to say anything critical of the Palestinian Authority — even though that regime is obsessed with destroying Israel and driving Jews out of the Middle East. These regimes are constantly diverting financial, physical and human resources to these destructive efforts which could have been used for initiatives to improve the lives of the Palestinian population.

Bowman was one of a number of young insurgents who either defeated Democratic incumbents or won seats in which the sitting Democratic congressmen was retiring. These new politicians are more radical and more hostile to Israel than the congressmen that they are replacing. “Engel did not lose because his support for Israel, Kenion concluded, “But now that he has lost, Israel will feel it.’

Yet the biggest loser from Engel’s defeat may not be Israel.

Engel has been one of the few members of Congress consistently ready to expose and denounce human rights violating regimes, regardless of whether they were right-wing or left-wing. Engel believed, as he put it in a recent interview, that it was America’s role to “promote basic freedom around the world. I have always felt strongly about America’s role in the world. We, as a country, aren’t perfect. We’re all human. We all make mistakes. But I think our vision … is overwhelmingly positive. I don’t agree with the Blame America Crowd.”

There are two important lessons to be learned from Engel’s defeat.

First, since the killing of George Floyd, America has entered into a truly revolutionary phase in which everything connected to the pre-revolutionary order is at risk of being overthrown. Revolutionaries rarely only attack their ideological adversaries. They are like children killing their own parents. Lenin’s Bolsheviks did not overthrow the czars. They seized power from the Social Democratic Mensheviks, who had done the work of getting rid of Imperial Russia for them. Similarly, Engel was no Republican, much less someone who had any sympathy for Donald Trump. Still the revolutionaries went after him.

The second lesson is more important. A party that is too radical to support Eliot Engel will not make the country more just. Domestically, many Democrats elected in the current atmosphere would likely fail to denounce the kind of mob insurrection that swept some American cities in recent weeks. They would do little to stop rioting, looting and the removal of statues. It is not hard to foresee Democratic officials looking the other away as ungoverned districts such as Seattle’s CHOP are replicated in other cities.

In other words, Engel’s defeat is just one more indication that America may be heading toward a moment when its society is controlled by an increasingly totalitarian left.

The international implications of Eliot Engel’s downfall are just as bleak. Over the last decade, there has been a significant decline in the ranks of American legislators who are strongly committed to the international struggle for human rights. This can only embolden some of the world’s worst tyrants, who rule in places like Cuba, Venezuela, and Iran. That will not make the world more peaceful or humane.

About the Author
Martin Krossel is a Canadian journalist living in Westchester County, New York. He's been writing about Middle East affairs for over 40 years.
Related Topics
Related Posts
Comments 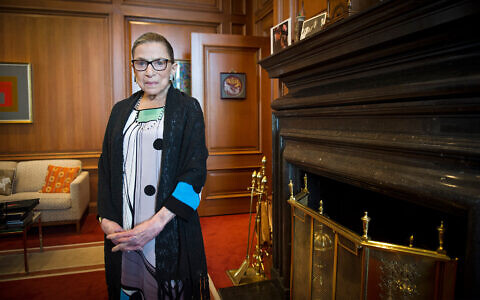 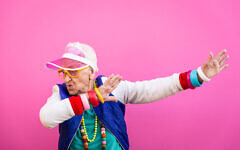 Only as old as your genes: Ashkenazi ‘super-agers’ could hold key to long life
Rich Tenorio 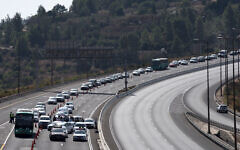