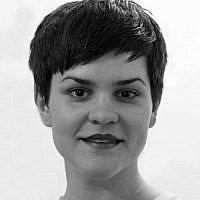 The Blogs
Lior Balkhausen
Apply for a Blog
Please note that the posts on The Blogs are contributed by third parties. The opinions, facts and any media content in them are presented solely by the authors, and neither The Times of Israel nor its partners assume any responsibility for them. Please contact us in case of abuse. In case of abuse,
Report this post.

We live in times where being politically indifferent cannot be an option any longer. Throughout all of Europe, we begin to realize the effects that rising radical movements have yet had on our democracies.

More concretely, we think of Brexit, of murderous attacks in France, Belgium, Denmark, Bulgaria, and most recently in Germany.

We live in times where minorities are too quickly marginalized and dismissed by a populist majority.

In these troubled times, it becomes ever more important to redefine what being Jewish in Europe means today. This is why towards the end of February, 20 young Jews from all over the continent were inspired to action. We came together in Europe’s political capital Brussels for an exceptional seminar.

EUJS, the European Union of Jewish Students, a democratic and peer-led NGO and the umbrella organization to 36 Jewish student and young professional unions, representing 160’000 young European Jews called us in its midst for the EU Activism Seminar.

The first two days were comprised of applied activism trainings on the topics of hate crime, racism, diversity, and Jewish advocacy, given by the OSCE Office for Democratic Institutions and Human Rights (ODIHR), the European Parliament Anti-Racism and Diversity Intergroup (ARDI) and the B’nai B’rith International Office of European Union Affairs (BBI).

Freshly trained, we then met with politicians at the EU Parliament to discuss minority rights, antisemitism, and the state of democracy on the EU level and in our home states, respectively.

What became evermore clear in these meetings is that we need our young Jewish voices to get heard.

We are the ones that need to be talked with when it comes to our perspective on how to strengthen today’s vibrant Jewish life in Europe because we are representing its future and its present.

We are the ones with a fresh perspective on how to face minority discrimination, racism, and today’s antisemitism, with schools and universities being key places to raise citizens’ awareness.

We are the ones raising our voices against the injustice committed by China against its Uighur minority.

It is our generation that takes on the legacy of generations of survivors, building resilience online and offline against populism, fundamentalism, and conspiracy myths.

It is us who will be tomorrow’s democratic leaders making an impact towards a more peaceful and accepting European society, united in its colorful diversity.

We are here to stay.

About the Author
Lior is a Black Forest-born, Jewish journalist from Berlin, Germany. She is experienced in debunking fake news and in Jewish advocacy. She currently works for the Jewish Community of Berlin.
Related Topics
Related Posts
Comments