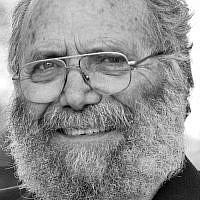 The Blogs
Ya'akov Golbert
Apply for a Blog
Advertisement
Please note that the posts on The Blogs are contributed by third parties. The opinions, facts and any media content in them are presented solely by the authors, and neither The Times of Israel nor its partners assume any responsibility for them. Please contact us in case of abuse. In case of abuse,
Report this post.

Israel is not able to declare, simply and unambiguously, that Israel is the nation state of the Jewish people. We feel bound to declare, with equal emphasis, that Israel is a democratic state. Maybe even more than equal. We have a great deal of trouble defining what “Jewish” means and it is a source of confusion and even rancor. But “democratic” seems to be something that no Israeli needs explained. It’s just one of those things that “everyone knows.”

Well, pardon me for being so dense, but although I have lived in this country for more than thirty years and practiced law here for more than twenty eight of them, I do not know what Israelis mean by “democratic.” Simple law professor that I am, the exact meaning eludes me.

In the government, the most vociferous devotees of the democratic character of the state are Justice Minister Tsippi Livni and Finance Minister Yair Lapid. Looking to them should shed light on the meaning.

Livni champions human rights with great fervor.  Among other things, she has protected African “migrants” who have entered the country illegally.

She also supports the “Israel HaYom Law,” to prevent Sheldon Adelson from disseminating a newspaper for free because that would tend to depress sales of competing papers and, in addition, she states that Israel HaYom is just right wing and specifically pro-Netanyahu “propaganda.” In a democracy, it is the citizens who should decide what is “propaganda,” not the government.

Furthermore, it does not trouble her that the citizens are forced to subsidize Israel Broadcasting Authority, which is firmly entrenched in the hands of the “left” and disseminates views that most voters consistently vote against. How is it democratic to force us to finance propaganda we do not agree with and to suppress views that the government decides is propaganda?

Tsippi Livni has been Justice Minister before, during the “Disengagement” from Gush Katif and four villages in the northern Shomron. Thousands of families were uprooted from their homes and farms and businesses and dispossessed. In the course of the public controversy, people opposed to the “disengagement” used to charter buses and go into the Center of the country to explain to people the likely results of the expulsion and to persuade people to oppose it. Justice Minister Livni had the police stop the buses and prevent the citizens from proceeding. She denied peaceful citizens who were engaged lawfully in the democratic process their freedom of movement and freedom of speech, the most basic elements of the democratic process.

On the other hand, she has opposed laws requiring disclosure of financing that Israeli NGO’s receive from foreign interests, especially foreign governments. So we are to understand that it is consistent with the Israeli notion of democracy that the government protect hostile foreign governments from mere disclosure of their participation in the democratic process in Israel but Sheldon Adelson’s participation in the Israeli political process should be curtailed. Is that democracy? Seems so, according to Tsippi Livni.

A case was brought before the High Court of Justice to block the Gush Katif-northern Shomron expulsion and confiscation. The government argued that it was necessary for the purpose of making peace with our enemies. The court recognized that the expulsion constituted a violation of those citizens’ human rights but permitted it anyway, ruling that high state policy requirements took precedence. That is a human rights doctrine that any despicable, bloody tyrant could endorse enthusiastically.

The unilateral and unconditional evacuation of southern Lebanon, for peace, had already happened and had already resulted in its takeover by Hezbollah. Did Justice Minister Livni and the rest of the cabinet really believe that the evacuation of the Gaza strip would lead to peace? The government’s lawyers solemnly averred that they did and the judges solemnly declared that they believed it.

People are deemed to have human rights solely because they are human. If the Supreme Court can take those away, what rights are safe in Israeli democracy? Tsippi Livni defends the Supreme Court against all criticism, calling it a pillar of democracy.

Yair Lapid was a television newscaster and journalist at that same time. He avidly supported the expulsion. In particular, he wrote an exceedingly divisive editorial against the “settlers” who opposed it. He warned that if they prevent Disengagement, “…our last chance to live normal lives,” the rest of the country would hate them and might even refuse to defend them. Right.

When it all blew up in Israel’s face, however, Lapid let the cat out of the bag. It was never about peace. That was all lies. Nor was it about the soldiers having to defend the “settlers” who had defeated the clear chance for peace. All lies.

The real reason for expulsion of Jewish citizens and the destruction of Jewish towns was to destroy the lives of the hated “settlers,” to break them, to teach them “a lesson in humility and perhaps in democracy too..” (Yair Lapid, “Things we couldn’t say during disengagement,” Yediot Aharonot 24.6.05. Read it at http://www.ynetnews.com/articles/0,7340,L-3315071,00.html.)

“Democracy?” What does it mean?

In fact, Lapid told the truth on that occasion. Everything about the expulsion had been meticulously planned, organized and rehearsed. Are we to believe that only the resettlement and rehabilitation of the settlers was not? To this day, nine years later, many of those families, maybe most, are still not permanently resettled and rehabilitated. Clearly, that too was planned meticulously, including the lies about all of them being in 5-star hotels with four hundred thousand dollars in their pockets. The hated settlers were to be banished and broken, their lives destroyed. That was the plan and that was the purpose.

In the Israeli system, where do citizens get rights? “Everyone knows” that we have these rights but what is their source? It appears clearly to be a gift bestowed by the government which the government can take back if it can invent a reason that sounds important enough, whether true or not. The government giveth and the government taketh away.

That is not Democracy. That’s DeMockracy.

The Jews have the right to a state in this Land not because of the devotion of the Jewish people to democracy but only because they are Jews. Iceland is also democratic. By unanimous vote, the League of Nations implicitly recognized the Jewish people as the long exiled indigenous inhabitants of this land. The preamble to The Palestine Mandate (http://avalon.law.yale.edu/20th_century/palmanda.asp) speaks of “the historical connection of the Jewish people with Palestine” as the “grounds for reconstituting their national home in that country.” (Note, “reconstituting.”) The Mandate says nothing about democracy.

The Jews have been the teachers of humanity for four thousand years. We have taught the world justice, morality and peace according to the Torah, also known as the Hebrew Bible. Are we going to relegate that to no better than equality with DeMockracy? From Zion will come the word of DeMockracy according to Livni, Lapid and the Israeli Supreme Court? Is that really why the State of Israel exists? Is that really what it is?

About the Author
Ya'akov has practiced law in New York, California and Israel for a multi-national clientele including Israeli NGO's. He was a professor of law in the US and has contributed numerous opinion pieces to various media outlets.
Comments